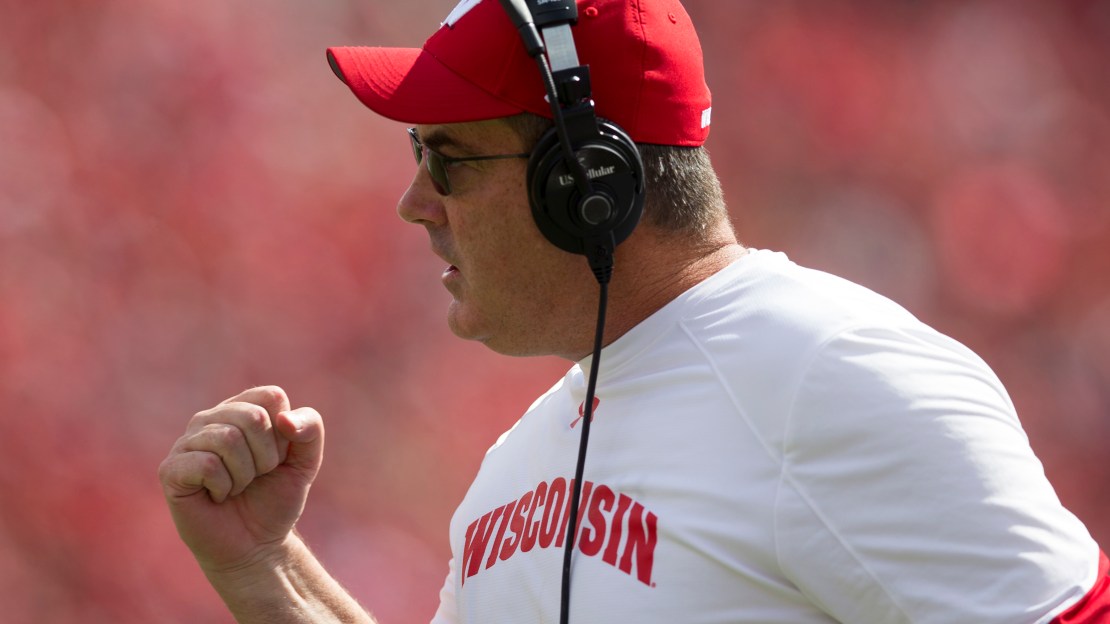 Paul Chryst has this program rolling.

The Wisconsin alum has posted a 21-6 overall record and a 13-4 Big Ten mark in his two seasons in Madison. Chryst led the Badgers to the Big Ten title game in 2016 and a Cotton Bowl victory. He will look to keep the mojo going but will have to do so without defensive coordinator Justin Wilcox, who took the head coaching job at Cal. So, Chryst will be on his third defensive coordinator in three years after Dave Aranda bolted following the 2015 season for the same job at LSU. Chryst promoted defensive backs coach Jim Leonhard to take over what has been one of the top defenses in the nation in recent years. Another big hole is at running back, as sophomore Bradrick Shaw looks to be the next great ball carrier in Madison with Corey Clement gone.

1. Offensive line: With Ryan Ramczyk off early to the NFL, the starting left tackle is pretty much wide open. Some options include the staff shifting sophomore David Edwards over from the right side to fill the spot. That would likely depend on if junior Jacob Maxwell's health issues are behind him. If coaches keep Edwards on the right side, then redshirt freshman Cole Van Lanen is someone to watch at left tackle. Van Lanen and sophomore David Moorman got reps there during bowl prep. If Van Lanen isn?t at left tackle, he could be at right tackle, as could redshirt freshman Patrick Kasi. The interior looks good. Sophomore Jon Dietzen is the left guard with junior Beau Benzschawel at right guard. Dietzen is recovering from an ankle injury. Junior Michael Dieter is back at center. Junior Micah Kapoi is another option at left guard if Dietzen isn?t ready.

2. Quarterback. Bart Houston is gone. But no worries, as sophomore Alex Hornibrook is back. And it's his job to lose this offseason, but keep an eye on true freshman Jack Coan. Kare' Lyles? He doesn?t figure to be a serious contender. Hornibrook started nine games in 2016 and played in 12 games. Last year, he was effective in a quarterback platoon with Houston, and finished the season completing 58.6 percent of his passes for 1,262 yards with nine touchdowns and seven interceptions. How will Hornibrook respond as ?the man??

3. Linebacker. Big shoes to fill on the outside with Vince Biegel and T.J. Watt both gone from one of the most dynamic linebacking units in the nation. Senior Garret Dooley will likely fill one of those spots at OLB, with sophomore Zack Baun, redshirt freshman Christian Bell and junior Andrew Van Ginkel all pushing for time. Van Ginkel is the first JC signed by Chryst. This unit has plenty of good options at inside linebacker in senior Jack Cichy, junior Ryan Connelly, junior T.J. Edwards and junior Chris Orr. Cichy (chest) and Orr (knee) are coming off injury and won?t take part in spring drills. Redshirt freshman Griffin Grady, sophomore Jake Whalen and sophomore Nick Thomas will try to make a move.