March arrives with thrilling night of hoops on BTN 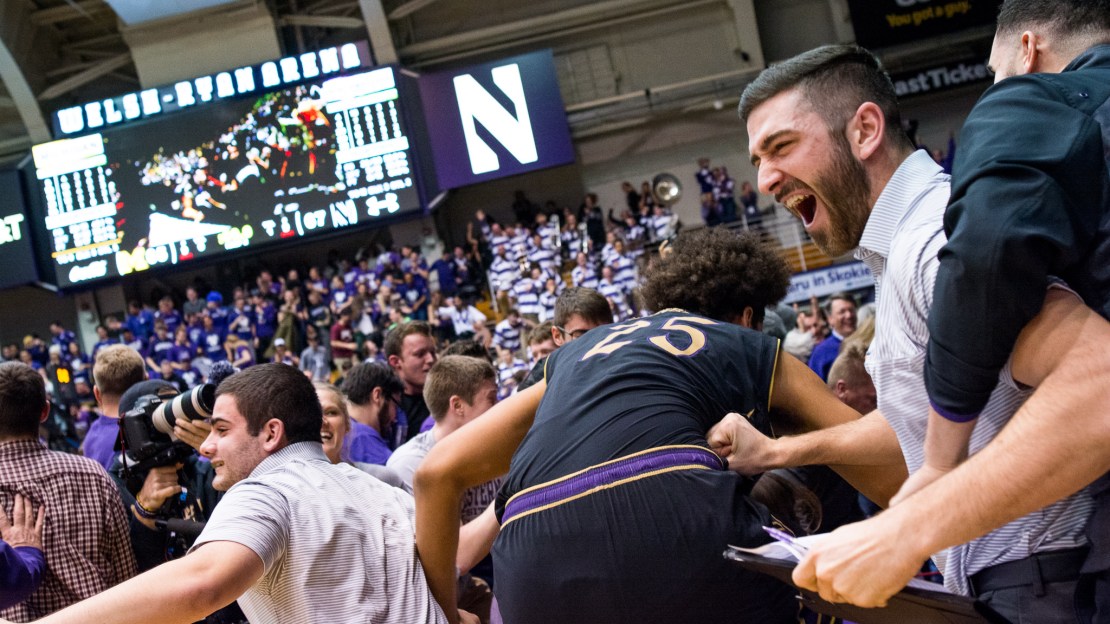 If you forgot to look at the calendar Wednesday morning, a look at the TV Wednesday night served as a good reminder that March has officially arrived.

Two thrilling basketball games played out on BTN, which was fitting for the four teams in action currently jostling for NCAA tournament consideration.

Michigan visited Northwestern, and while the Wolverines were safely on the right side of the bubble heading into Evanston, the Wildcats were sweating after losing three of their previous four. Near the end of an intense, back-and-forth affair, Northwestern had to go the length of the floor on an inbounds play with 1.7 seconds remaining. It looked like the game would go to overtime, until the ghost of Christian Laettner guided Nate Taphorn's full court pass into Dererk Pardon's waiting arms. Then Pardon did the rest.

Northwestern students stormed the floor in celebration of essentially punching the school's first NCAA tournament ticket in school history, and all the anxiety of the last few weeks was erased for Wildcats fans. We even got a shoutout from a joyous Julia Louis-Dreyfus!

And we were just getting started on BTN.

Illinois and Michigan State battled for 40 minutes on the Illini's Senior Night, and senior Malcolm Hill further cemented his status as an all-time Illinois great by ascending to fourth on the program's scoring list with this bucket:

This game came down to a final shot as well, but Tum Tum Nairn's desperation three was off-line.

Nairn had a look, but it was @IlliniMBB's night until the end.

Another thrilling night of hoops on BTN: https://t.co/G1VtNYI5dq

After the Illini clung to a 73-70 win over the surging Spartans (it was Illinois' fourth straight win and fifth in six games), Hill was moved to tears as he reflected on his four-year career.

That's good stuff right there from Mr. Hill. And if Wednesday night was any indication, we're in for an insane month of hoops ahead.