Derrick Walton Jr. Q&A: 'I know how much each and every rebound means to our team' 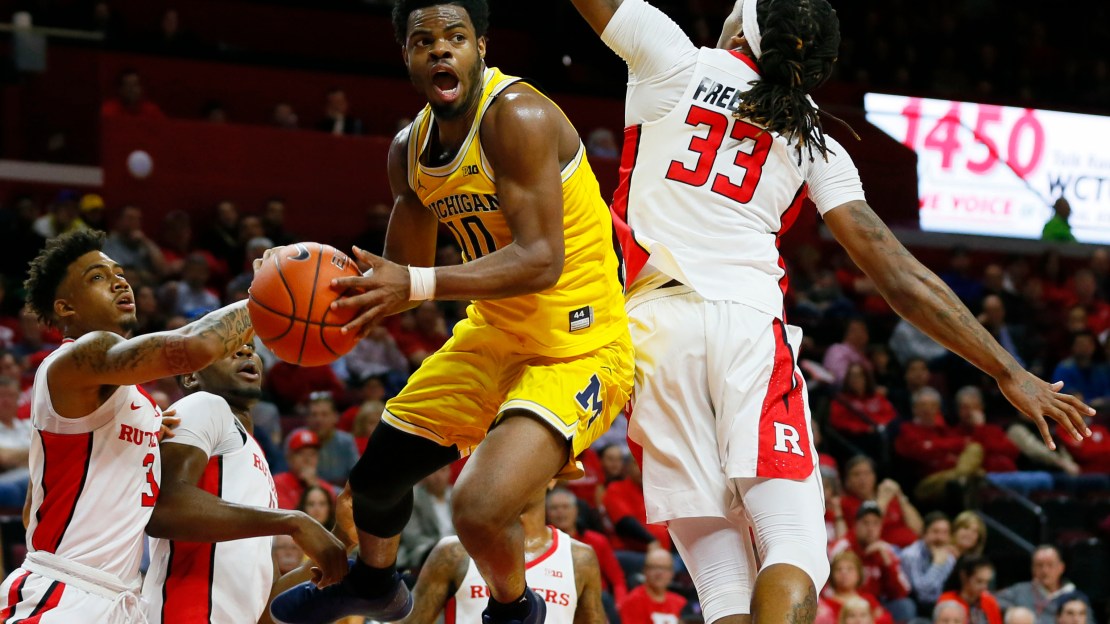 Michigan is one of the hottest teams in the Big Ten coming down the stretch, winning five of its last six games. A big reason why? Point guard Derrick Walton Jr.

The 6-1, 190-pound senior from Detroit has been a sensation in 2016-17, as Michigan (19-10 overall, 9-7 Big Ten) is driving toward an NCAA bid. The Wolverines are looking to put the finishing touches on their NCAA resume with two wins to close the regular season. First up: A trip to Northwestern on Wednesday. And Michigan then closes the season on Sunday at Nebraska.

Walton is enjoying an All-Big Ten season, pacing Michigan with a 14.4 scoring average. He also averages a team-high 4.0 assists and nets 4.9 rebounds a game, No. 2 on the team. I caught up with Walton has he prepped for the Wildcats, who have lost five of seven.

Q: What players have surprised you with how they have stepped up?
A: The obvious ones are Moe (Wagner) and D.J. (Wilson). To go from playing limited minutes to major minutes, they have made a great deal of difference for us as a team. They are so versatile. Tough matchup.

Q: Who wins a game of one-on-one between Wagner and Wilson?
A: I have to take D.J. because I know how versatile he really is and how many more moves he has that he hasn?t shown that he could show.

Q: What?s it mean to be the only Michigan player ever to have 1,000 points, 500 rebounds and 400 assists in a career?
A: It means a lot, that I have made a great mark on the program. I?m always a guy who wants to stand out. Being able to do something that stands out because of my size and position is special to me.

Q: How is a 6-1 guard so good at rebounding?
A: Just playing a lot of basketball and being able to read the rim. It?s about wanting to win, too. I know how much each and every rebound means to our team. Whenever I get the chance, I go and get one. It is something that was instilled in me as a younger player. Go rebound, because it helps with fast breaks. And it helps the team overall.

Q: Who is your favorite non-Wolverine Big Ten player?
A: That?s a tough one. I always have been complimentary of Melo Trimble. I think he is a good player. He can change speeds. And he has the same type of mentality as me at the end of a game. He just wants to make the big play. I think he?s a really good player.

Q: Who is the toughest guy on your team?
A: I think I have to go with me. It?s hard for me to accept defeat. I?m not gonna back down from anyone.

Q: Tell me what you expect from the Wildcats when you get to Evanston on Wednesday.
A: Each road game is a challenge. They have some urgency and want to finish on a strong note. Every time we play Northwestern, it?s always a great game. I?m confident in our guys to be able to go in there, withstand the runs and hostile environment and come out with a win.

Q: Who wins a slam dunk contest on the team?
A: I think you would have to go with D.J. (Wilson) or one of our walk-ons, Sean Lonergan, who has some good tricks.

Q: Where do you like to eat on campus?
A: I have only been to Zingerman?s twice. I like to go to Noodles and Co., and Chipotle. I am a simple person. Nothing exotic. At Noodles and Co., I get pesto noodles with chicken with a Caesar salad, of course.

Q: What are you watching now?
A: I have been watching this show called ?Power? on Starz. I am excited about the upcoming season. Some former teammates turned me on to it.

Q: Why do you wear No. 10?
A: I have a friend who passed away when I was in eighth grade who I knew for a long time. I do it in honor of him.

Q: What was it like to play for your dad in high school at Chandler Park Academy?
A: It was fun. I was able to grow. It brought us a lot closer and gave me a sense of confidence that will never waver moving forward when playing for other coaches in the future.

Q: If you weren?t playing basketball, what sport would you be involved with?
A: I think I would be a cornerback in football. Me and Muhammad (Ali Abdur-Rahkman) always talk about it.