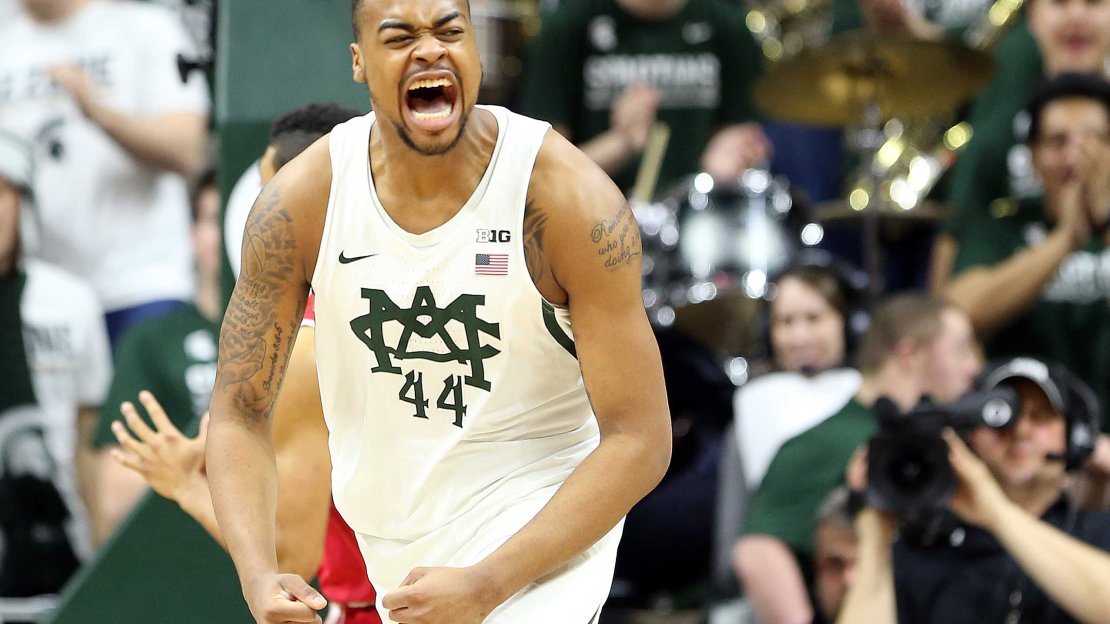 Here we are, folks.

It?s hard to believe March is one day away and that this is my last ?3-pointer? series of the season, but we?ve almost made it to the end of the line.

As fun as this season has been with all the parity, overtimes and fantastic individual performances, I think these next few weeks have the potential to top all of that. Before the Big Ten Tournament gets underway in Washington, D.C. next week, we still have one more week to crown a conference champion, burst bubbles and sort out the seeding. Bring it on.

Below are three Big Ten games to watch this week.

This matchup might not have the stakes on both sides that this bitter rivalry is used to seeing, but the implications for Purdue are too tasty to ignore. With Wisconsin?s loss at Michigan State Sunday, all the Boilermakers have to do to clinch at least a share of the Big Ten title is win one of their final two games. That means a rare opportunity presents itself to Purdue Tuesday: a chance to clinch against the hated Hoosiers.

If you thought that scenario couldn?t get any sweeter for Boilers fans, consider this: Indiana and Purdue are currently tied for the most Big Ten championships in school history with 22. Wrestling the conference title lead away from Indiana at Mackey Arena is an unprecedented opportunity for Purdue fans, where the stakes will be relatively low and the payoff would be extremely high if they can repeat their effort from Feb. 9 in Bloomington. Purdue won that first matchup at Assembly Hall, 69-64.

Indiana got a nice confidence boost to its sinking season Saturday with a comeback win over Northwestern, but their extended slide almost certainly ensured they?ll be playing for pride only Tuesday. The softest NCAA tournament bubble in years might offer them a sliver of hope, but they?re not going anywhere if they can?t pull the upset at Mackey.

Players and coaches love talking about progressing through their seasons ?one game at a time,? and that?s never been more relevant for this Indiana team. Bottom line: you don?t want to let your rival claim something as significant as a Big Ten title at your expense. Even if this campaign ends without a postseason for Indiana, spoiling the party in West Lafayette would be something Hoosiers fans can look back on and enjoy. Losing Tuesday would just pour salt in the wound.

I know I wrote two weeks ago that Northwestern was a lock for the NCAA tournament after they won at Wisconsin, and I?m still fairly confident in that statement. However, I?d feel a lot more confident if the Wildcats had been able to finish the job Saturday night against Indiana. Instead, a late-game collapse led to a one-point loss as Northwestern fans broke into a collective nervous sweat. I believe the Wildcats could hypothetically drop their next three games and still squeak in the Dance, but fans? anxiety is understandable until they can secure one more victory.

It won?t be easy to do this week with games against Michigan and No. 16 Purdue. The Boilermakers might have the outright conference title wrapped up by the time they play the Wildcats Sunday, so I think Wednesday?s matchup with Michigan is more intriguing for now.

Despite dropping three of four since their win at Wisconsin, there is a silver lining for Northwestern in Scottie Lindsey. After a sluggish return from his absence with mono, Lindsey started to look like himself again with 13 points against Indiana. The Wildcats will need him to keep improving if they want to get back on track.

Michigan and Northwestern have very similar RPI rankings at No. 46 and 50, respectively, but Michigan has an edge in both strength of schedule and quality wins. This is their first and only meeting this regular season, and the Wildcats are catching the Wolverines at their highest point. Michigan has won five of its last six, including victories over ranked opponents in Wisconsin and Purdue. Derrick Walton continues to play every game with a ferocity like it?s his last, and Moe Wagner has been out-of-his-mind good at times.

Basically, you don?t want to catch Michigan when they?re hitting threes, because they?re nearly impossible to beat when they?re on.

It's not every day you get a new career-high in scoring (24) with 4:38 left, but then again today is not just any day for @moritz_weasley!! pic.twitter.com/ihUYnD5rRB

I had a hard time picking my third game to watch this week between MSU/Illinois and Wisconsin/Minnesota, but the fact that the Badgers could already be out of the conference title hunt by Sunday with a Thursday loss against Iowa put the Spartans? visit to Champaign Wednesday over the top. I?m a sucker for bubbleicious matchups.

I?m not sure which is more unbelievable: that Illinois–after starting 3-8 in Big Ten play–is now squarely on the NCAA tournament bubble, or that the Illini made it back into this ?games to watch? series after being straight up unwatchable during the month of January. Despite the unfortunate fact that such an experienced team let it get to this do-or-die point in regards to the tournament, you have to credit John Groce and his players for not giving up on the season and salvaging some interest in the final week. They?ve won four of their last five games (including three on the road) and legitimately look like a different squad than the one that would be regularly down double digits just a month ago.

Both the Spartans (RPI: 40) and Illini (56) are on the bubble, but Michigan State should be well on the right side of it right now while Illinois still has quite a bit of work to do. If Illinois drops either of its final two games against Michigan State Wednesday or at Rutgers Sunday, their dancing dreams are most likely dead. But as winners of six of their last eight, the Spartans look primed to make the school?s 20th consecutive NCAA tournament. Remarkable.

A lot of Michigan State?s success can be attributed to their freshmen translating their talent to the court nearly all at once. The prized recruiting class of Miles Bridges, Cassius Winston, Joshua Langford and Nick Ward are all starting to play well together at the same time, rather than sporadically flashing bursts of brilliance. And when those four get it going together, it?s a scary proposition for opponents. We?ll see if they can keep it up Wednesday evening at State Farm Center.

For Illinois seniors like Malcolm Hill, Tracy Abrams and Maverick Morgan, this is it. Hill and his fellow four-year seniors have never made the NCAA tournament, and now that door has been cracked open ever so slightly. It will be Senior Night for them against the Spartans, backed by a nearly sold out crowd that desperately wants their team to go dancing for the first time since 2013. Hill is playing like an All-Big Ten First Teamer, but it?s the emergence of Illini freshmen Te?Jon Lucas and Kipper Nichols that have sparked the team?s turnaround in February. Their offense has flowed nicely with Lucas running it at the point and Nichols cleaning up around the edges, but the Illinois defense has shown even more improvement.

Fun fact from T-Rank: Illinois has the Big Ten's best adjusted defensive efficiency over the past 10 games.

Both teams still have something to play for, and there should be desperation in the Central Illinois air Wednesday. I?m looking forward to it.