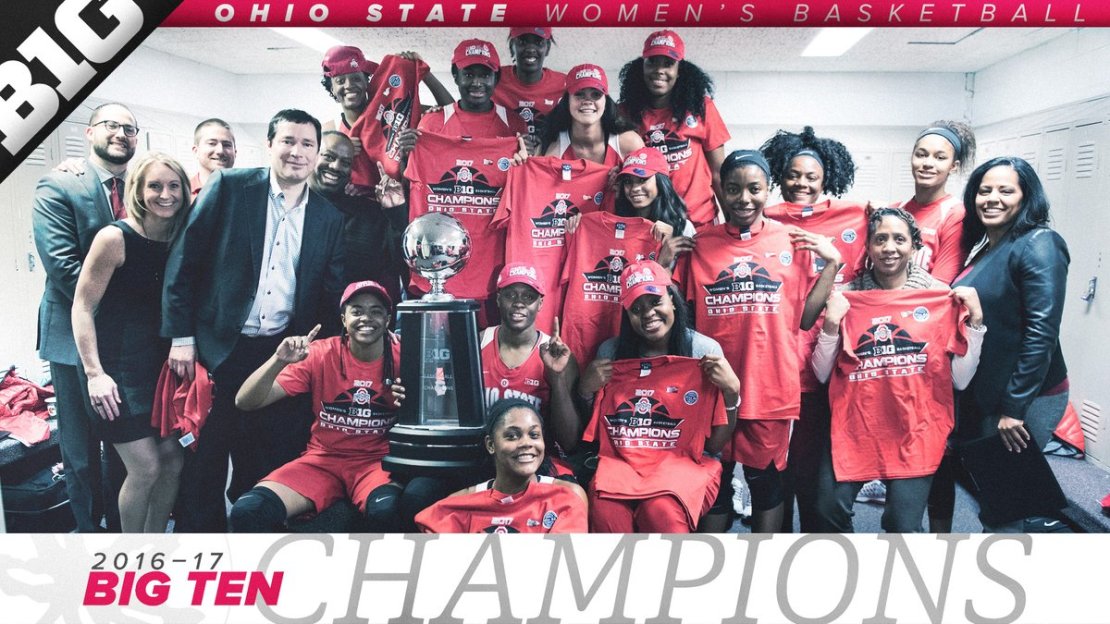 (AP) Kelsey Mitchell scored 21 points to help No. 12 Ohio State win its first Big Ten title since 2010 with a 73-45 victory over Rutgers on Sunday.

The Buckeyes (25-5, 15-1 Big Ten) finished in a tie with Maryland atop the conference, but earned the top seed in the tournament next week by beating Maryland last Monday. It's Ohio State's first conference regular season since the school won six straight from 2005-10.

Ohio State trailed 3-0 before scoring 15 straight points, including the last seven by Mitchell to take early command. The Scarlet Knights (6-23, 3-13) couldn't get within nine the rest of the game. Rutgers has dropped eight straight.

Trailing by 20 at the half, the Scarlet Knights played the Buckeyes basically even over the game's final 20 minutes.

Ohio State: The Buckeyes have been playing extremely well lately even without injured star Stephanie Mavunga, who injured her right foot in practice on Feb. 9. She hasn't played since and isn't expected back until potentially the NCAA Tournament.

Rutgers: The Scarlet Knights are suffering through the worst season in coach C. Vivian Stringer's tenure at the school that began in 1995. The team was 9-20 in 2001-02 before turning it around the next season to start a string of 10 straight NCAA Tournament appearances. Stringer hopes for a similar turnaround to occur next year. The good news for Rutgers is the team only graduates one senior, Alex Alfano who has missed the eight games with a concussion.