How Minnesota is growing an all-natural tire in a lab: BTN LiveBIG 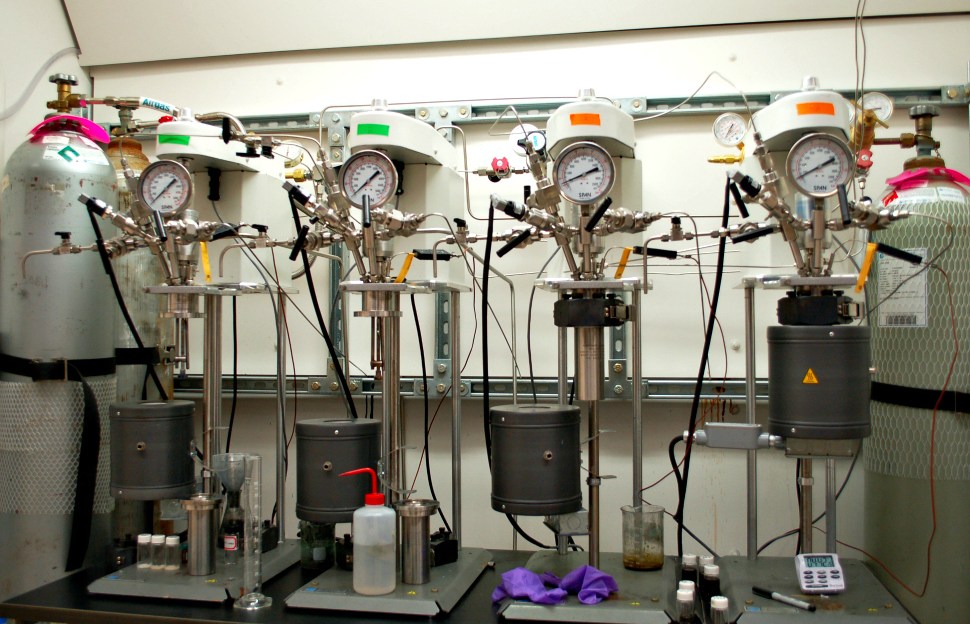 A team of world-class researchers from the University of Minnesota, in conjunction with the National Science Foundation's Center for Sustainable Polymers, is developing an automobile tire identical in nearly every way to the traditional kind seen on the road - except for one vital difference.

Instead of being made from synthetic rubber, which uses a fossil fuel harmful to the environment, the new tires are made from natural materials such as grass and corn.

The researchers secured a patent on the technology and have tested their work, showing no downside or safety risk compared to the product that annually brings in billions of dollars in sales.

The team of experts from Minnesota's chemical engineering and chemistry departments determined that finding a renewable source for rubber could make a huge difference for the environment, while also cutting costs. From there, the researchers went about examining how isoprene and polyisoprene are created - important molecules needed to create rubber.

As a guide, the researchers looked at the process of creating synthetic rubber, which is made from petroleum; when a molecule is separated from that, isoprene is formed.

Paul Dauenhauer, an associate professor of chemical engineering and materials science at Minnesota, said the premise of the study is not entirely new. Tire companies looking to lower costs have been working for more than a decade on fermentation-based materials. Those companies, however, were unable to obtain a high efficiency in the production of isoprene through fermentation. Dauenhauer and his team took a different approach to the research, taking sugars from natural resources such as trees, grasses and corn. The three-step process they created is similar to the methods used in petroleum refining.

"Right now we have the lab scale proof of concept," said Dauenhauer, the lead researcher of the study. "We know what conditions and what catalysts we need to make the chemical. But we need to transition this, because right now we are in the development phase. We must take it from the lab scale and keep scaling it up to the point where it would be at production scale, like you would see in a large chemical production facility."

The beauty of this all-natural material is that it will perform exactly the same as existing car tires. Dauenhauer said that were a customer to buy both a traditional rubber tire and a tire made from natural products, they would be unable to tell the difference. "And that's actually a really good thing," Dauenhauer added. "Because the modern car tire is pretty impressive in what it can do."

While they perform identically to the tires customers are used to, there are additional benefits to the natural models. The products can be domestically produced, using the corn that is grown all across the Midwest as the basis for the tire's production. And because they aren't made with fossil fuels, natural tires don't emit carbon dioxide into the atmosphere.

Since the natural chemical process for creating isoprene is still in the development phase, there won't be tires made from trees on the road quite yet. The National Science Foundation will continue its research, while the University of Minnesota Office of Technology Commercialization is deciding what to do with its proprietary information (either licensing the patent to an existing chemical company or creating a startup of its own.)

Meanwhile, Dauenhauer and his team in the Twin Cities will keep studying the natural automobile tire.

"Being at the University of Minnesota has been hugely beneficial, for a lot of reasons," Dauenhauer said. "One is that we have a very strong chemical engineering program, one of the top ranked in the country and in the world. But we also have one of the better chemistry departments in the world. And that overlap is very useful to look for applications that are really economically driven."