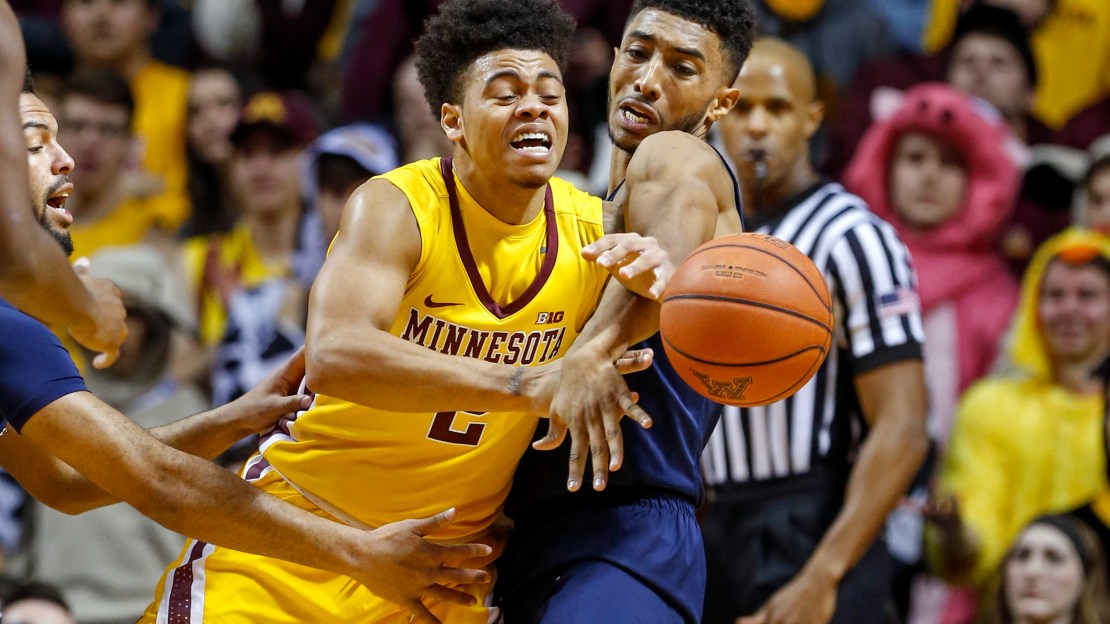 (AP) Nate Mason had 16 points, 10 rebounds and eight assists, and Jordan Murphy added 16 points and 16 rebounds for the Minnesota Gophers in an 81-71 win over Penn State on Saturday.

Dupree McBrayer added 15 points off the bench for Minnesota (22-7, 10-6 Big Ten) with Akeem Springs scoring 12. Reggie Lynch had nine points and set a career-high with 11 blocks as the Gophers won their seventh game in a row and avenged an earlier loss at Penn State.

Tony Carr had 20 points and seven assists, while Shep Garner scored 10 points and grabbed eight rebounds for the Nittany Lions, who have lost three straight. Penn State had just five turnovers, all in the first half, but shot 35.5 percent.

Excluding the vacated season of 1996-97, Minnesota has won seven games in a row for the first time since 1978.

Penn State: The Nittany Lions stayed close when they were hitting from the outside. Penn State started by hitting 5 of 8 from 3-point territory before missing seven in a row. As their percentage dwindled to match their season average (34.1 percent), the Nittany Lions' hopes of hanging with the more inside-focused Gophers declined. Penn State finished 7 of 21 from 3.

Minnesota: The Gophers controlled the paint on both ends of the floor, a good sign if Minnesota hopes to make noise in the Big Ten Tournament and, likely, the NCAA Tournament. The Gophers have been led by their guards all season, but Murphy had his 10th double-double of the season — and fifth in six games — and Lynch is one of the top shot-blockers in college basketball. Minnesota outrebounded the Nittany Lions 49-40 and outscored them 34-30 in the paint.

Penn State: The Nittany Lions return home and host Ohio State for their final home game of the season on Tuesday. Penn State could reach seven wins in the Big Ten in back-to-back seasons for just the third time in 25 seasons when facing the Buckeyes for the first time this year.

Minnesota: The Gophers hope to continue their streak in their final home game of the season on Thursday against Nebraska. The two teams haven't met since the Cornhuskers won 84-59 at home on Jan. 12, 2016.