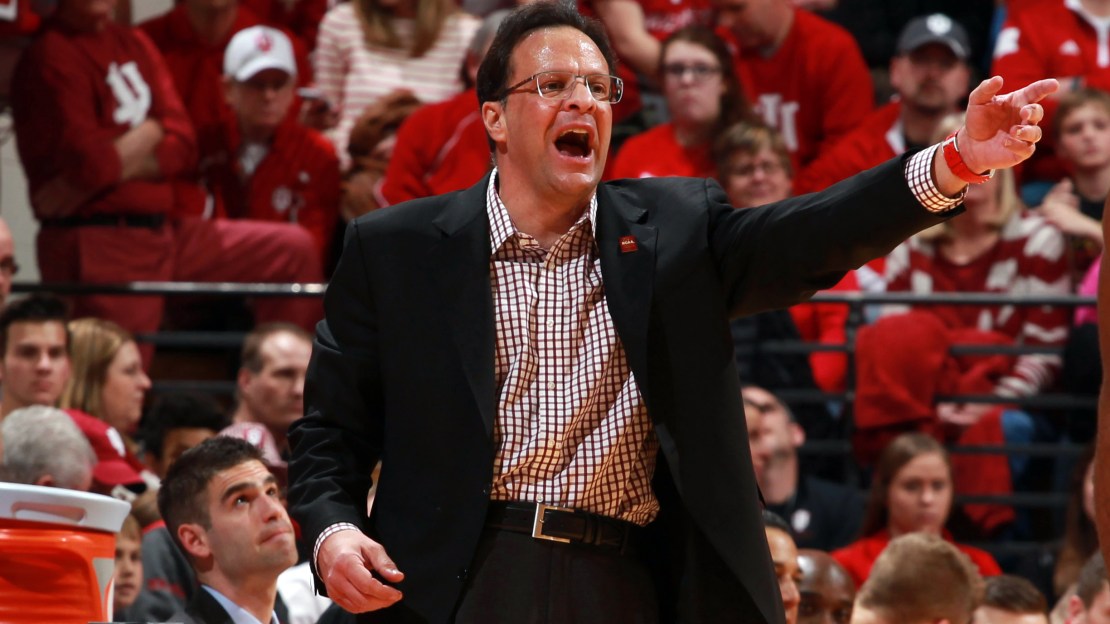 Bryant McIntosh scored 22 points for Northwestern (20-9, 9-7) but just missed a half-court heave at the buzzer to win it.

The Hoosiers seemed to take control with a 22-0 run to close the first half – the last coming on Devonte Green's heave from 60 feet that made it 36-26.

But after retaking the lead with a 17-3 second-half run and taking a 62-55 lead with 1:33 left, Northwestern didn't score again.

Blackmon's 3-pointer with 38.6 seconds left made it 62-60 and Bryant won it with a fortuitous bounce on the free throw.

Scottie Lindsey finished with 13 points and Derek Pardon had 12 points and 10 rebounds for the Wildcats, who lost their second straight.

Northwestern looked like it would cruise when it jumped to a 26-14 lead with 5:29 left in the first half but didn't score again until McIntosh opened the second half with a layup.

Then it all happened again in the second half.

Lindsey's jumper gave the Wildcats a 42-41 lead and they led the rest of the game until Bryant's 3-point play.

Northwestern: Just a few weeks ago, the Wildcats looked like a lock to make their first NCAA Tournament. But now they've lost five of seven and two in a row against teams in the lower half of the conference standings. With two home games remaining, the Wildcats need to get things righted quickly.

Indiana: Yes, the losing streak is finally over but the fallout may only be beginning. With two road games left before the Big Ten tourney, the Hoosiers cannot afford another loss – if they want any chance of making the NCAA Tournament. It won't be easy, but at least they've stopped the skid.

Northwestern: Tries to rebound Wednesday at home against Michigan.

Indiana: Will try to avoid a season sweep when it visits rival Purdue on Tuesday.