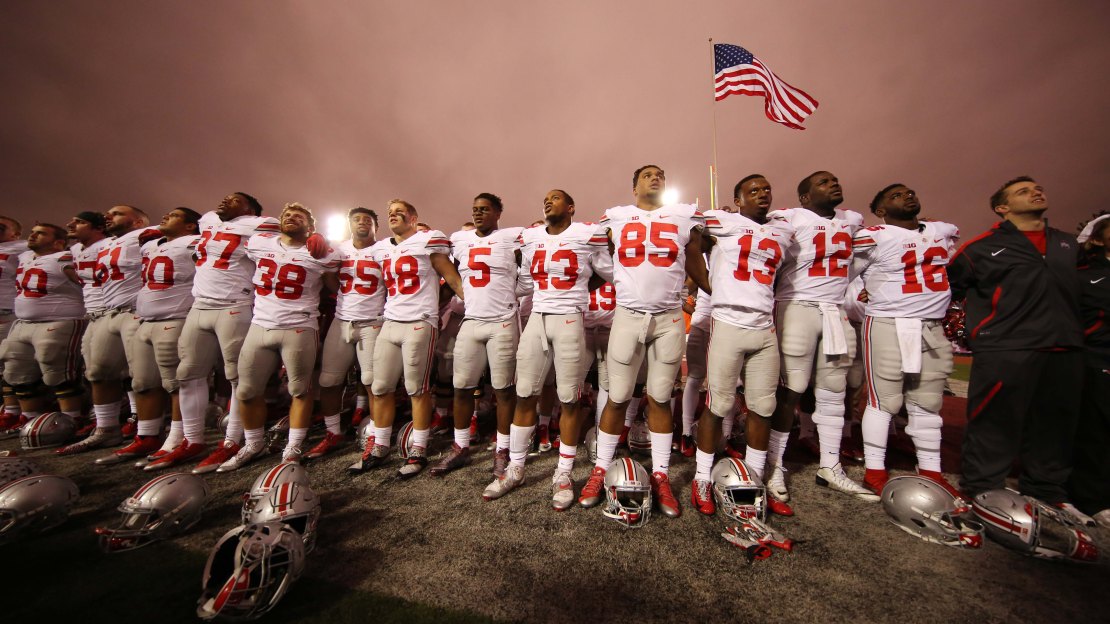 The Buckeyes are looking to forget that bad memory and get back on top of the Big Ten in 2017 as they push toward a third playoff bid in four years. Many of the key players are back, led by senior quarterback J.T. Barrett and sophomore running back Mike Weber, along with the makings of a boffo defensive line led by senior end Tyquan Lewis and junior Sam Hubbard. But Urban Meyer and Co. still have work to do.

Here are three things to watch this spring in Columbus.

1. Receiver. The staff needs some players to step up. The returning receivers had just seven 20-plus yard receptions in 2016. No sugarcoating it: This was a disappointing group last year, as there was an absence of big playmakers. Exasperating the problem is the graduation of Curtis Samuel and the early departure to the NFL by Noah Brown. Who is gonna be the star? Who is gonna be the guy who stretches the field? Junior Parris Campbell and sophomore Binjimen Victor need to be bellwethers. Others to watch are sophomore Austin Mack and junior Terry McLaurin. H-backs like sophomores K.J. Hill and Demario McCall are other possibilities. And keep an eye on junior Eric Glover-Williams, a former defensive back.

2. Secondary. This is the second year in a row that Ohio State has lost three starters in the defensive backfield early to the NFL. No doubt, this unit will miss safety Malik Hooker and corners Marshon Lattimore and Gareon Conley. The corners figure to be junior Denzel Ward and sophomore Kendall Sheffield. Sophomore Damon Arnette and true freshman early enrollee Shaun Wade also will be watched. The safety slots could be good with seniors Erick Smith and Damon Webb. Keep an eye on true freshman early enrollee Jeffrey Okudah and sophomore Jordan Fuller. Each arrived in Columbus with a fat scrapbook. Okudah could be the next secondary star.

3. Chemistry. It will be important to get all the coaches on the same page, as there has been a lot of transition. The offensive staff has a new look. Urban Meyer saw co-offensive coordinators Ed Warinner (Minnesota) and Tim Beck (Texas) leave. Meyer made a home-run hire in landing former Indiana coach Kevin Wilson, who built a solid program in Bloomington and drips with offensive acumen. His playbook dovetails nicely with what Meyer likes to do. Meyer also brought in Ryan Day from the NFL as co-OC and quarterbacks coach. And Greg Schiano will be the lone defensive coordinator this season after Luke Fickell left to become head coach of Cincinnati. New to the defensive staff: LB coach Bill Davis, who coached in the NFL from 1992-2015.