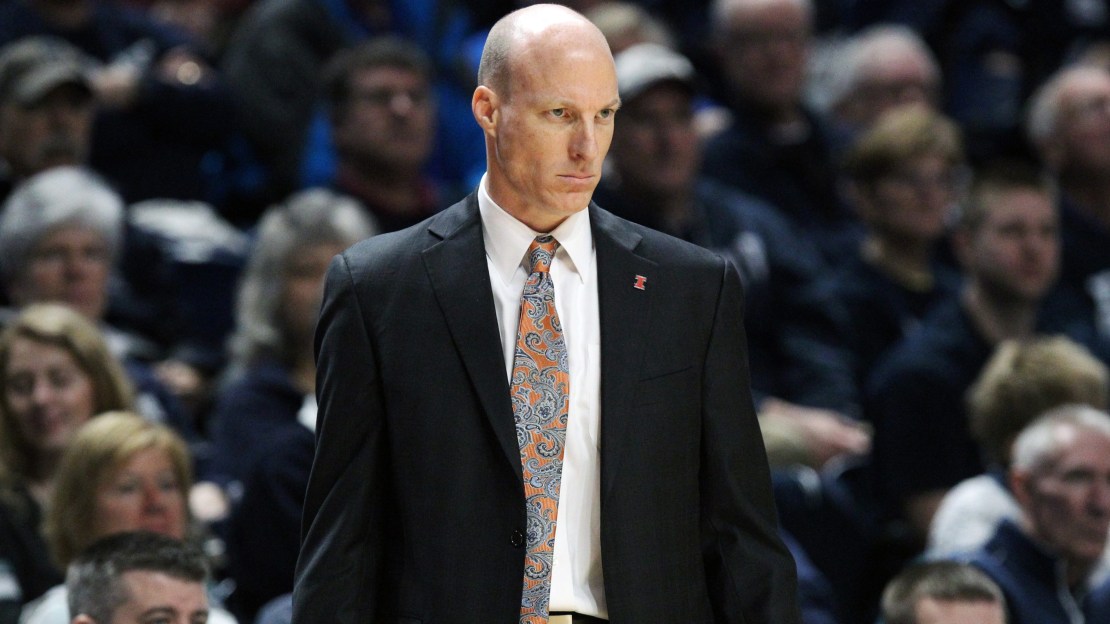 (AP) Illinois coach John Groce could only say one thing after his team defeated Northwestern 66-50 on Tuesday night.

"That was exhausting, another war," Groce said.

The remarks came after a tight contest where the deficit didn't grow larger than four points for much of the game. Both teams continued to battle for the first 10 minutes of the second half until Northwestern suffered an eight-minute scoring drought and Illinois built its lead to double digits for the first time.

Malcolm Hill, who led the way with 18 points, spearheaded Illinois' second-half push. The senior scored 13 points in the second half and helped lead a defense that limited Northwestern to 18 second-half points.

Illinois (16-12, 6-9 Big Ten) controlled the pace for much of the game, including offensively where the Illini shot 40 percent from the field and 6 of 18 from 3-point range.

The strong offensive and defensive performances have been something Groce and his players knew was a key in defeating Northwestern for a second time this season.

"Everyone has been working really hard and it's paying off," Maverick Morgan said.

The group effort has been something Groce has reiterated throughout the season. Illinois has won three of its last four games, but the coach knows his team can't look far ahead.

"You get up at eight o'clock in the morning ." Groce said. "I wish there was some fancy process, but it's just trusting the process."

Bryant McIntosh led the way for Northwestern (20-8, 9-6) with 16 points and was the lone bright spot for the team.

While the guard continued to push his team, his teammates failed to respond and McIntosh eventually became too tired to help carry the Wildcats at the end.

"We didn't have that fight we normally have," Northwestern coach Chris Collins said. "When you're playing a team that's fighting the way Illinois was fighting, they're going to make you look bad if you don't match that, and we didn't match it tonight."

The Wildcats shot well from the field, 32 percent, but failed to take advantage of the numerous open 3-point opportunities, shooting 4 of 18.

Scottie Lindsey scored two points and had two rebounds in 22 minutes in his second game back from injury.

The Wildcats will need a stronger performance from Lindsey and others if the team wants to make a strong push for its first NCAA Tournament berth. With three games left, Collins knows it's time to sprint to the finish.

"It's not a marathon anymore," Collins said. "I would hope our guys are excited about that."

Northwestern: The Wildcats have now lost twice to a bad Illini team. Northwestern has three more games before the Big Ten Tournament and what will likely be the program's first NCAA Tournament berth.

Illinois: The Illini got another win against their rival, one that will help their NIT Tournament chances. With three games left in the season before the Big Ten Tournament, wins against Northwestern are the bright spot for a season that doesn't look good for John Groce's team or his future.

Michael Finke made quiet contributions to the Illini's win. The sophomore forward finished with five points and brought in seven rebounds.

Kipper Nichols continued had another strong game against Northwestern, finishing with six points, three rebounds, a steal and three blocks.

STAT OF THE NIGHT

The Illini bigs made a difference in the game. Illinois out-rebounded Northwestern 42-30 and out-blocked the Wildcats 4-0.

Northwestern travels to Bloomington for a Saturday night matchup against Indiana.

Illinois heads back to the road for a Sunday evening game at Nebraska.