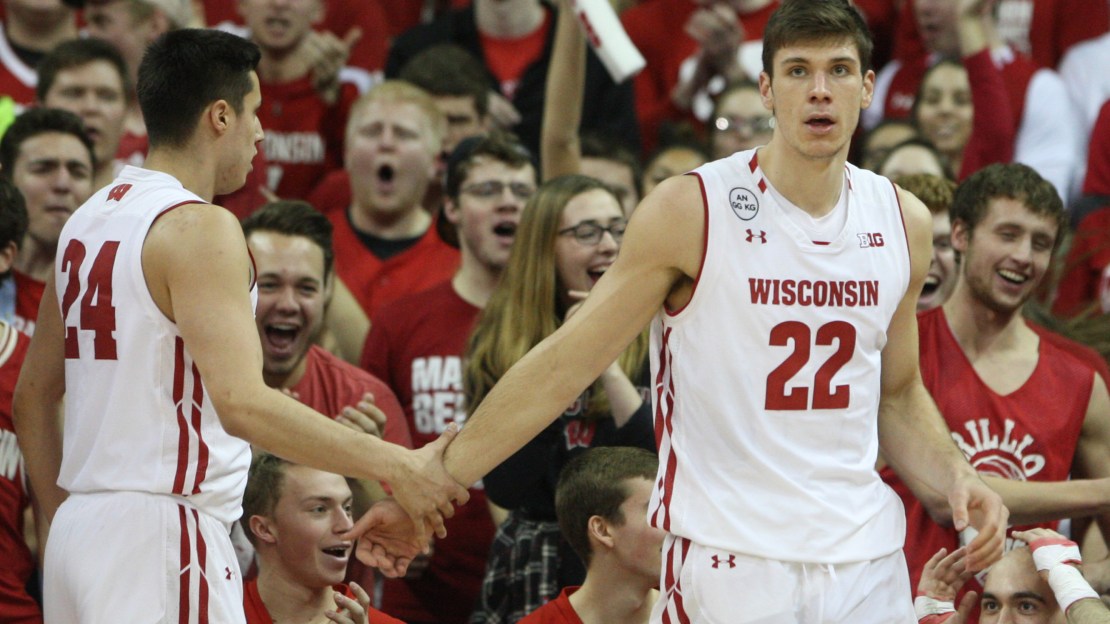 This is the penultimate week of the season. And, things are heating up with Purdue and Wisconsin tied for first and Maryland just a game back. Who will take home the title? Others are looking to hone their postseason resume, including Minnesota, Northwestern, Michigan and Michigan State.

Game of the week: Wisconsin at Michigan State, Sunday. The Badgers ended a two-game slide with a big home victory vs. Maryland on Sunday to stay tied for first with Purdue. The Spartans don?t have Big Ten title hopes, but they can enhance their NCAA resume with a win vs. the Badgers. It has been an up-and-down season for Michigan State, as injury and youth have been issues and made consistency elusive. Now, MSU must march on without senior Eron Harris, who suffered a season-ending knee injury in a loss at Purdue on Saturday. It?s been that type of season in East Lansing.

Don?t overlook this game: Purdue at Michigan, Saturday. This should be a doozy. Both teams are playing well. The Boilermakers have won five in a row entering this week and have won eight of nine, capping last week with a triumph vs. Michigan State. The Wolverines had a three-game winning streak end in overtime at Minnesota on Sunday. Michigan is a dangerous team led by tall, rangy shooters D.J. Wilson (6-10) and Moritz Wagner (6-11). But the best of the bunch is 6-1 Derrick Walton, who is having an All-Big Ten season.

Must win: Maryland vs. Minnesota, Wednesday. The Terps need to take care of business so they can stay on the heels of first-place teams Purdue and Wisconsin. This could be one of the best games in the Big Ten this week. The Golden Gophers are hot, notching their 20th victory last Sunday to give them a 12-win improvement over last season-the biggest in school annals. The Terps won at Minnesota earlier this season, taking an 85-78 decision.

Best individual matchup: Minnesota's Nate Mason vs. Maryland's Melo Trimble, Wednesday. Two of the Big Ten's top lead guards face off Wednesday night on BTN. Mason is seventh in the Big Ten in scoring with a 15.0 average. Trimble is No. 4 with a 17.6 average. While Mason is a pure point man, Trimble often swings to the off-guard slot. Still, the two dynamic guards figure to match up often. It won?t get much better than this.

Upset alert: Purdue at Penn State, Tuesday. The Boilermakers need to be careful in this one. The Nittany Lions have beaten Michigan State (in Philadelphia) and toppled Minnesota and Maryland in State College, Pennsylvania. And Indiana needed a buzzer-beater to escape Penn State with a victory. Plus, you know the Nittany Lions would love to pay back the Boilermakers for a 77-52 whipping they suffered in West Lafayette earlier this season. Conversely, first-place Purdue will be motivated by the fact it has its first Big Ten title since 2010 in sight and may not be able to afford a slip. And the Boilers are hot, winners of five in a row and eight of their last nine. The lone defeat in that span? At Nebraska. PSU had won two in a row before a blowout loss at Nebraska.

Big week: Purdue & Wisconsin. It?s a big week for the two teams tied for first in the Big Ten. Each will play two road games. Who will be able to take care of business away from home? The Boilermakers are at Penn State and at Michigan. The Badgers are at Ohio State and at Michigan State. Can one of the teams get an edge?