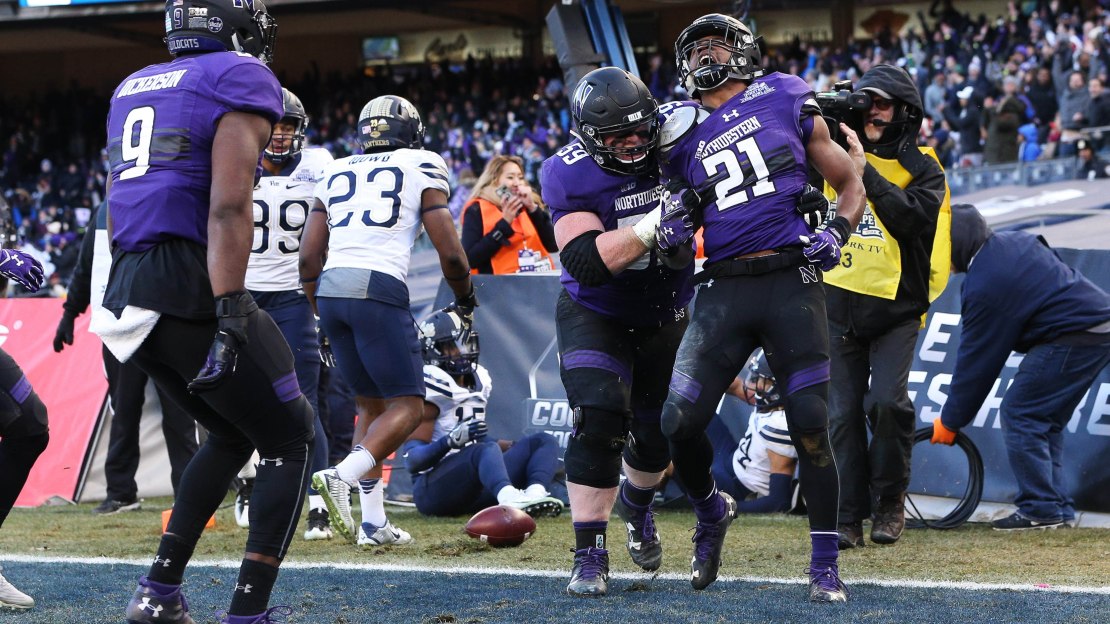 Pat Fitzgerald has one of the most underrated programs in the Big Ten-if not the nation–a consistent force that always is competitive. But, a big breakthrough remains elusive.

Perhaps that will come in 2017 for a program led by the terrific 1-2 punch of QB Clayton Thorson and RB Justin Jackson that has helped NU go to consecutive bowls and just its second bowl win under Fitzgerald. But works needs to be done this spring as Fitz moves into his 12th season at his alma mater.

Here are three key areas to keep an eye on this spring in Evanston, where spring ball starts Tuesday.

2. Receivers. NU needs to replace Austin Carr, the reigning Big Ten Receiver of the Year who enjoyed a sensational season that no one saw coming. Plenty of options here, as crafty junior QB Clayton Thorson will find an open receiver. Flynn Nagel should make a leap as a junior, same for senior Macan Wilson and senior Solomon Vault. And keep an eye on Riley Lees and Ramaud Bowman, who both redshirted 2016. Other names to know: sophomore Ben Skowrownek and senior superback Garrett Dickerson. Another name to know: Jalen Brown, a graduate transfer from Oregon with two years of eligibility remaining. He was a four-star recruit coming out of high school in Phoenix. He caught 19 passes in 2016 during a promising redshirt sophomore season, and he left Eugene with 26 catches in 25 games for 407 yards and four touchdowns.

3. Linebackers. This unit needs to develop. Anthony Walker Jr. declared early for the draft. That?s a big loss. And Joe Jones and Jaylen Prater graduated, while Tommy Vitale and Cam Queiro retired last fall for medical reasons. Junior Nate Hall will be counted on, same with senior Brett Walsh. Can Paddy Fisher step in as a redshirt freshman?