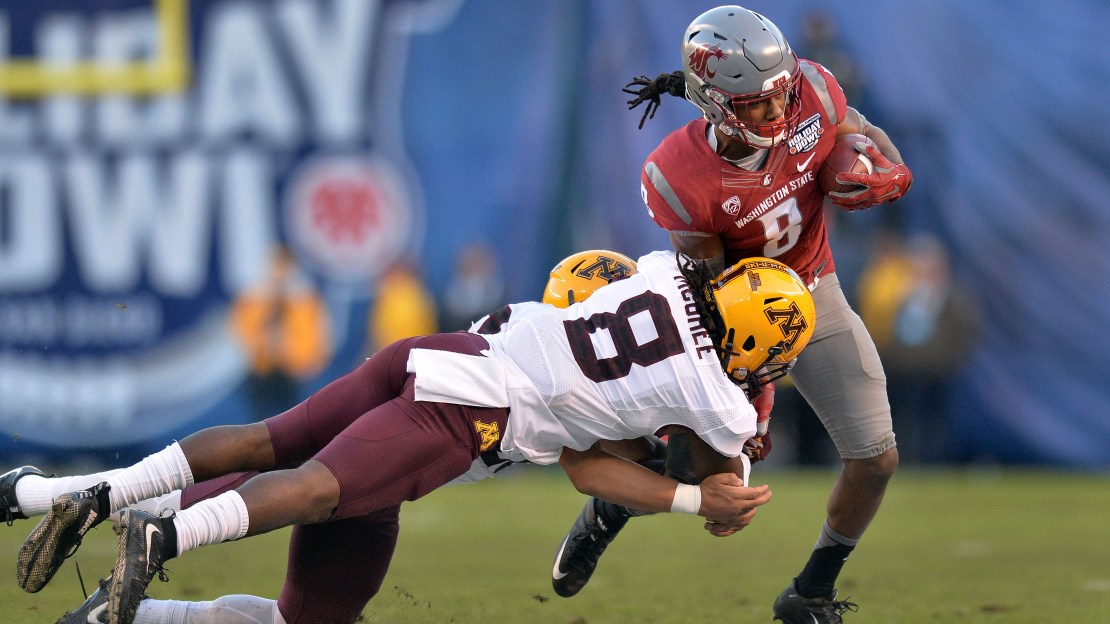 The excitement level is running high at Minnesota, as the P.J. Fleck era begins to take flight. Fleck made a splash on Signing Day by inking a good class to add to an already-solid roster.

Make no mistake about it: Fleck isn?t inheriting a broken program. There is talent in place in Dinkytown. And Fleck expects to win ? now. He soon will begin putting his fingerprints on the roster in spring drills. There aren?t many yawning needs for the Golden Gophers, but there is work to be done.

Here are three areas to keep an eye on this spring.

1. Familiarity. It will be important for the players to become acclimated to Coach Fleck and his staff and the way they run a program and a practice. This will be the first time Fleck and his staff have a chance to interact with their new players on the field. So, there will be a learning curve and a get-to-know-each-other period. So much success is dependent on a staff building trust and relationships with players. That begins now.

2. Quarterback. Mitch Leidner is gone after what seems like a 10-year career in Dinkytown. Often a lightning rod, Leidner was a productive player who had a ton of experience. Now, he?s left campus. The job is wide open with myriad candidates. Senior Conor Rhoda, who considered transferring, and sophomore Demry Croft both have limited game experience. There also are redshirt freshman Seth Green, JC transfer Neil McLaurin and true freshmen Tanner Morgan and Ray Estes. Morgan and McLaurin already are enrolled. Estes is a magician from power house East St. Louis High in Illinois who will arrive in the summer. Whoever wins the job would benefit from more dynamic play from the receivers. The past few seasons, Minnesota has lacked a lot of game-breaking ability on the edge. Drew Wolitarsky brought some flash, but now he?s gone. This offense needs to have more guys who can stretch the field. Junior Rashad Still, senior Eric Carter, junior Melvin Holland, Jr., and sophomore Tyler Johnson provide a decent starting point.

3. Secondary. The Gophers lost two good ones in S Damarius Travis and CB Jalen Myrick, who both figure to be NFL draft picks. And depth has been hurt, as CB Ray Buford and S Dior Johnson have left school as they faced expulsion, further hurting depth. At safety, the Gophers have senior Duke McGhee, senior Kunle Ayinde and sophomore Antoine Winfield Jr. All three have played a ton and have started. And Minnesota has true freshman safeties in Adam Beck and Ken Handy-Holly who may compete. At corner, junior Antonio Shenault is back. He started a few games last season. The other side is still TBD. Hard to say who will get the nod. Sophomore Coney Durr played well in the bowl game but tore his ACL. Kiondre Thomas redshirted last season as a freshman; the staff likes him. Stay tuned. Lots to sort out.