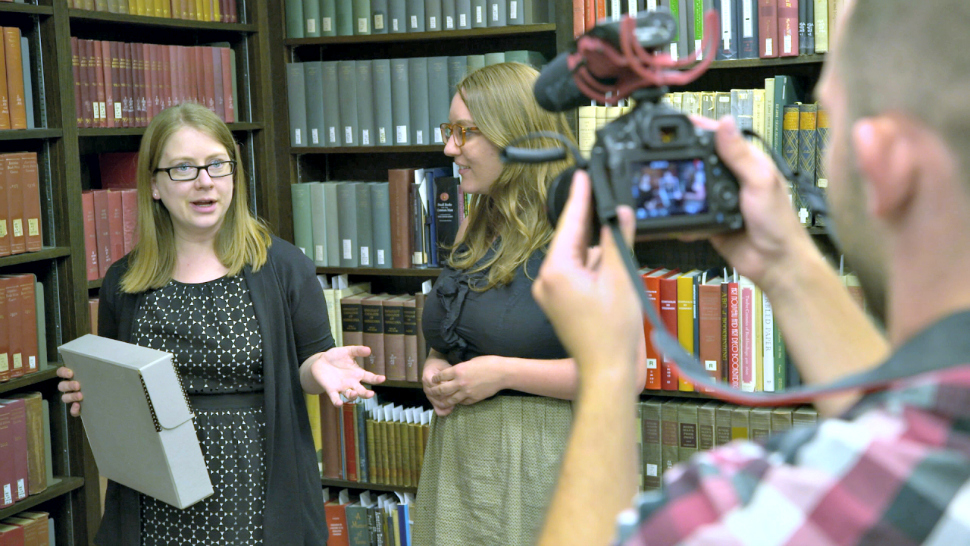 Conventional wisdom suggests the Internet is making brick-and-mortar libraries less vital. Conflating immediacy with relevancy, the danger is in believing that if something doesn?t exist on the Internet then it doesn?t exist.

But as with most innovations, it?s not the function that needs an update, it?s the form. 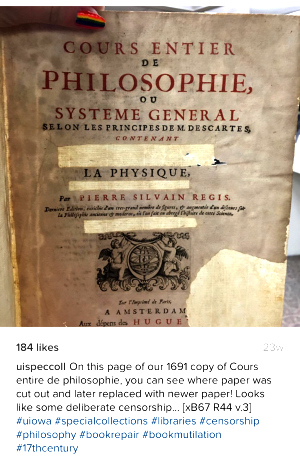 The University of Iowa Special Collections team has taken this conventional wisdom and turned it inside out, bringing the old into the new in a way that mixes look-at-this-crazy-thing-I-found virality with history and sociology. Through Tumblr, Instagram and other digital platforms, the team uses the grammar of the Internet – memes, GIFs, unboxing videos – to tease out the geeky excitement of the vast number of historical, bespoke items they own and make it available to a global audience.

In a university setting, "special collections" involve rare or significant items, often related to the school?s history or academic focus. UI?s notoriety as a writerly haven means its collections are heavy on unique books and the written form – a page from the Gutenberg bible, for instance.

Iowa?s collection is impressive just in sheer numbers: 200,000 rare books, 1000 manuscript collections and tens of thousands of historical documents, sound recordings, political cartoons, photographs and other items that stretch from the 15th century to the modern era. Each containing several stories waiting to be told.

Without the Internet, most of the items would stay locked or hidden away in the archives. But Colleen Theisen, the UI Special Collections? Outreach and Engagement Librarian, and her team devote themselves to bringing the collections out into the open.

?My ultimate goal is to expand the understanding and definition of the word ?library? in people?s minds,? says Theisen.

Taking the experience out of the typical library space and placing it in the context of a social feed is key to this.

?It?s an intimate context and so that places us in the category of friends,? she says. ?I think that really changes the experience of the library and learning about it and puts it in a very personal space.?

With so many stories to tell, the Special Collections team splits its curation across its main Tumblr site (36,000 followers and growing) with separate spaces devoted to the Hevelin Collection (covering sci-fi and other genre-focused books) and the Iowa Women?s Archives. Plus, the requisite Twitter, Instagram and Facebook accounts.

And then there?s the team?s YouTube channel, a mini-network all its own.

The UI Special Collections YouTube channel has a few themed shows, including Historical Crushes, If Books Could Talk and its flagship series Staxpeditions. Each episode of Staxpeditions begins with Theisen asking ?the nerdiest question: What?s your favorite Library of Congress call number range??

From there, each Special Collections team member gets his or her own star turn, based on the kind of expertise needed to explain the books, maps and other artifacts found in that location.

Even if old books and maps aren?t your thing, the Special Collections team?s work is really…likeable. Ironic and self-aware, the videos play like an alternate universe cast of New Girl discussing the trivia of Antiques Roadshow in an aesthetic similar to the basement bullpen scenes of Spotlight.

The mix of styles seems deliberate. ?There are so many eclectic personalities here in the archives,? says Keaton Fuller, video production assistant with the Special Collections team. ?They could talk to you all day and you would learn so much from them. So it?s interesting to try and bring each of their different personalities into the videos.?

Rather than coming across as all-knowing, intimidating experts, Theisen and her crew seem as surprised and delighted at the items as the viewer might be. Bringing the collection out from its storage spaces and letting it shine through the blue light of a phone screen is a goal informed by Theisen?s first experience with UI?s Special Collections.

?The very first time that I was sent to Special Collections, I arrived at a closed door, got scared and went home,? says Theisen. ?Every day the work that I do is really inspired by that first experience of intimidation. I really want to find a way to make this feel open and welcoming.?

Here's where to find all of Iowa's Special Collections digital archives: