Happ, Hayes push No. 11 Wisconsin past No. 23 Maryland 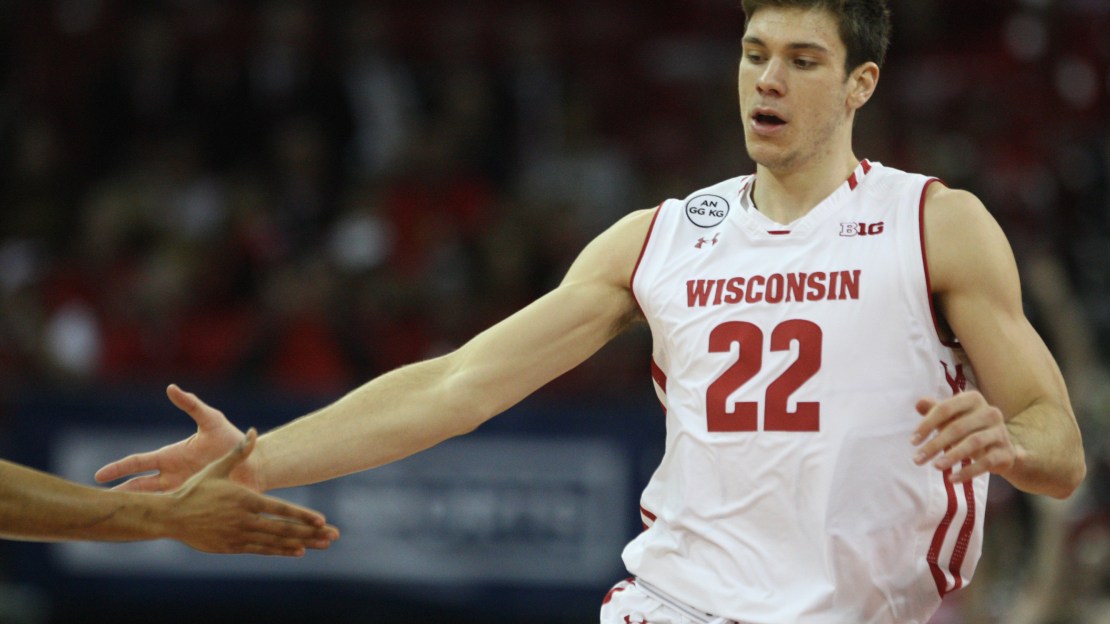 The Badgers (22-5, 11-3) overcame 27 points from Terrapins guard Melo Trimble to snap a two-game losing streak and stay in a tie atop the Big Ten with Purdue.

Bronson Koenig scored all nine of his points in the second half, giving the Badgers a lift with his jump shot after the senior missed a game with a left calf injury. Wisconsin shot 51 percent in the second half.

Wisconsin pulled away slowly, turning a six-point halftime deficit into a 12-point edge with 3 minutes to go in a game that lacked flow because of frequent whistles.

For a while, it looked like Trimble would carry Maryland to another road win all by himself. He finished 9 of 17 from the field and regularly hit 3s from the wing.

But the Badgers held on despite Happ spending much of the second half on the bench saddled with four fouls.

Hayes took up the slack with an active day in the paint, grabbing 10 rebounds.

After Trimble, Michael Cekovsky was the only other Maryland player in double figures with 10 points.

Maryland: Trimble followed up his career-high 32 points in a win at Northwestern with another good game on the road. He had 15 in the first half, including two 3s in the final 1:11 to give the Terrapins a 33-27 lead. Trimble was averaging a team-best 17.0 points in road games coming into Sunday.

Wisconsin: Shooting has lagged over the last six games, a stretch when Koenig has been hurt. He's the team's best outside shooter. After missing his first three shots in the first half, Koenig went 4 of 8 from the field in the second. A productive Koenig gives Wisconsin the balance needed to go with the dangerous Happ in the post.

Wisconsin: Tries to sweep the season series from Ohio State with a trip to Columbus.