This week on 'The Journey:' Derrick Walton Jr. saves his best for last 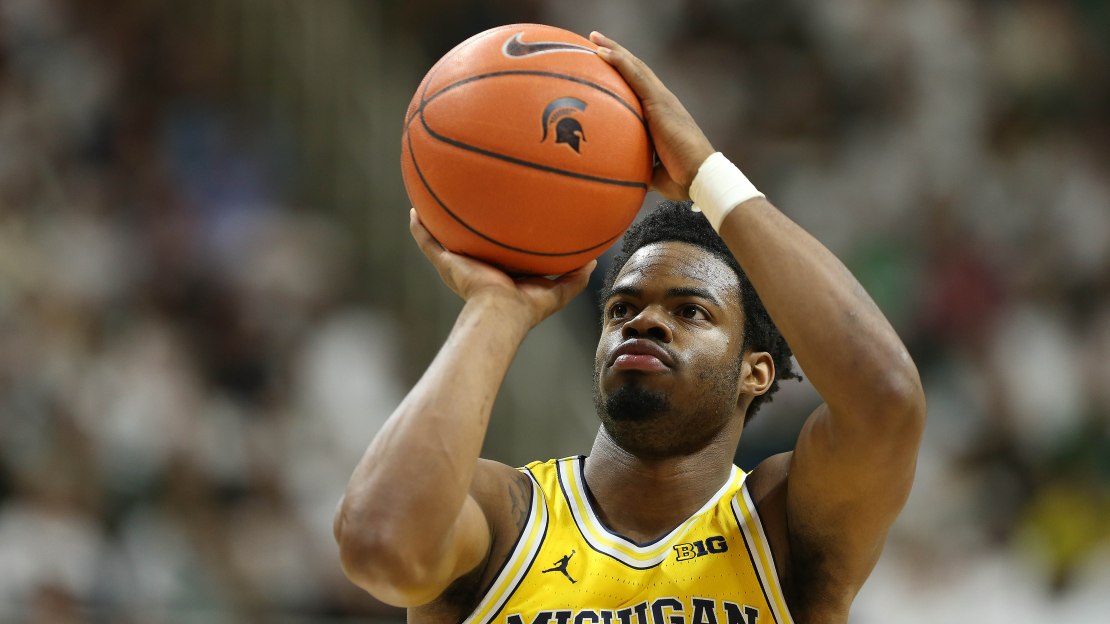 The Michigan senior point guard grew up in a rugged Detroit neighborhood and hardened his hoops skills as a kid in bruising playground pickup games.

"It gets physical," Walton said. "That's pretty much how I learned to play."

When his dad (who was the basketball coach at Derrick's high school) told him he wouldn't play varsity basketball as a freshman, Derrick didn't just prove him wrong. He ended up averaging 20 points per game his first year.

Walton has made it tough on opponents as well. He's one of only three players in the Wolverines program's history to score 1,000 points, grab 400 rebounds and dish 400 assists in a career. The other two are Michigan legends Gary "The General" Grant and Jalen Rose. He's the only player in Wolverine history with more than 1,000 points, 500 boards and 400 dimes.

When Illinois center Maverick Morgan seemed to question Michigan's toughness by labeling them a "traditionally white-collar" team following an Illini blowout win over the Wolverines in January, Michigan players turned it into bulletin board material. Though Morgan likely didn't think his comments would blow up as much as they did, Walton especially took them to heart. He decided he couldn't let himself or his team go out that way. And he's taken his game to another level since.

Walton has averaged 18.6 points per game since that loss to Illinois (in which he picked up a costly technical) and the Wolverines are 6-3 in that stretch. Now that the lower body injuries that plagued his sophomore and junior seasons are behind him, Walton is unleashing his full potential.

Derrick Walton Jr. on an unreal run. He turned Michigan's season around, and now he doesn't have to carry them as others develop.

An NCAA tournament bid that once looked like a long shot is now very realistic, and Walton is at the center of Michigan's success. The player who was often overlooked when reporters assembled player rankings and watch lists has a good chance to be named to the All-Big Ten First Team this year. When he plays his final game for Michigan in the next couple of months, he'll go out as one of the most decorated point guards in Wolverine history.

And you won't find anyone questioning his toughness.