Hill leads Illinois past Iowa on the road, 70-66 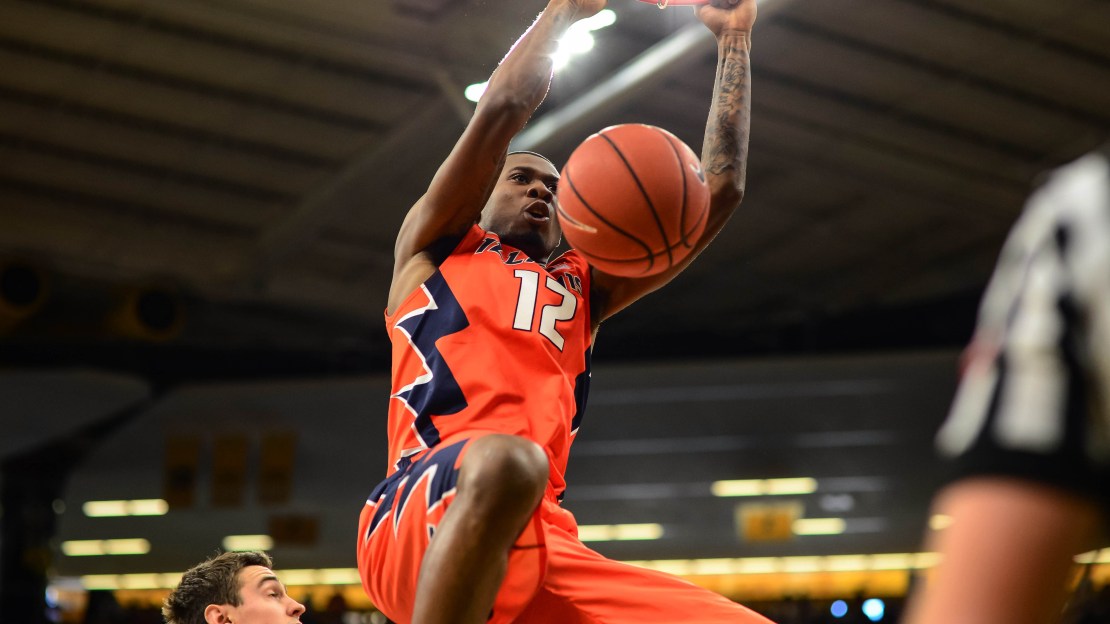 IOWA CITY, Iowa (AP) Malcolm Hill scored 21 points and hauled down eight rebounds and Illinois held on for a 70-66 win over Iowa on Saturday.

Lucas blocked Jordan Bohannon's go-ahead layup attempt in the final two minutes and then Coleman-Lands hit a corner 3-pointer with 1:32 left to help Illinois win its second true road game of the season.

Iowa had plenty of chances late. The Hawkeyes missed five of their six shots in the final 1:45 and had a nearly seven-minute stretch without a field goal earlier in the second half.

Tyler Cook had 14 points and Bohannon added 11 for Iowa.

Illinois: The Illini seem to have turned around their road struggles. Illinois dropped its first five true road games before wins over Iowa and Northwestern this month.

Iowa: The inconsistencies continue for the young Hawkeyes. Iowa's last nine games have produced two three-game losing streaks and a three-game winning streak. The Hawkeyes shot only 39 percent from the floor against Illinois.

Illinois returns home on Tuesday to face in-state rival Northwestern, which the Illini knocked off earlier this month for their first road win of the season.

Iowa faces struggling Indiana on Tuesday, which has lost four straight and six of its last seven.