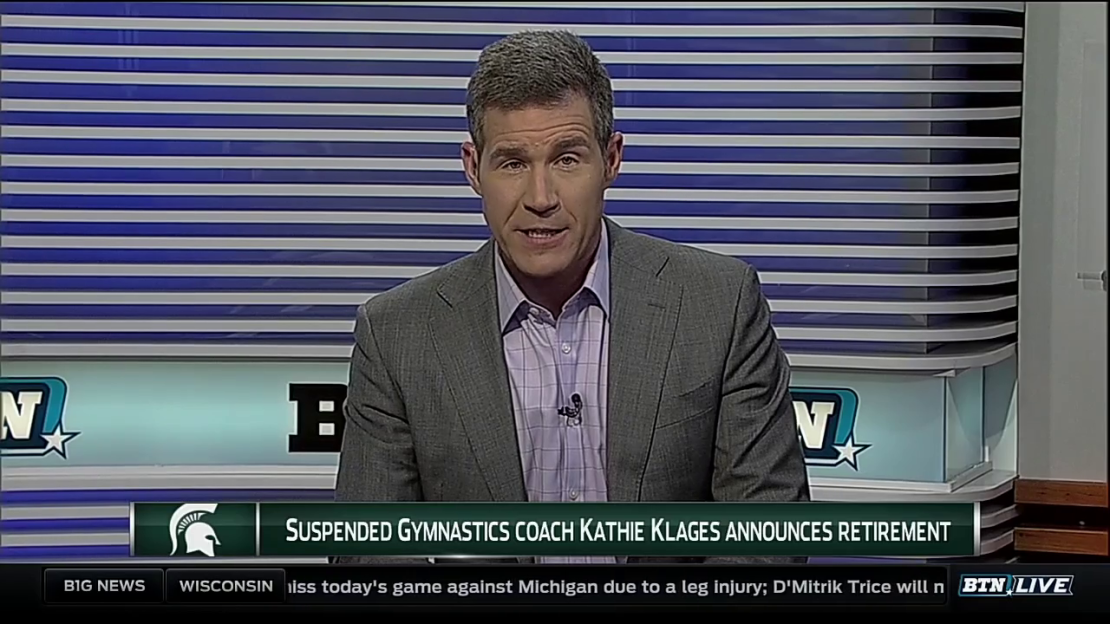 Michigan State head gymnastics coach Kathie Klages stepped down Tuesday, one day after being suspended by the university following allegations of misconduct.

Klages announced through her attorney that she would be retiring from the position she had held for the past 27 years. Claims against Klages involve her alleged downplaying of athletes' concerns with medical treatment provided to them by former Michigan State doctor Larry Nassar. Nassar was fired in September 2016 in the wake of an Indianapolis Star report alleging he had sexually abused his patients.

Dozens more accusations of sexual abuse and misconduct have been levied against Nassar since the original report surfaced.

According to the Detroit Free Press, additional allegations against of Klages' misconduct surfaced Thursday, including attempts by Klages to cover up Nassar's mistreatment.

Michigan State athletic director Mark Hollis said in a letter to Klages that her "passionate defense" of Nassar to her team during a meeting last September led to his decision to suspend her. Klages has denied any personal wrongdoing.