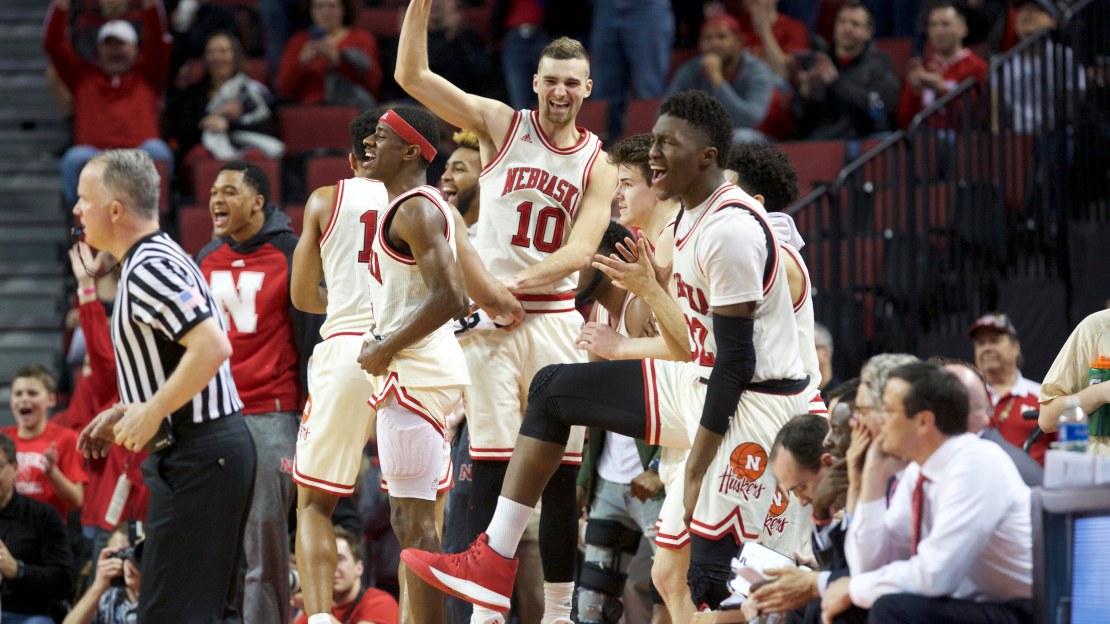 This is a giant week on the hardwood, Big Ten fans. By week's end, we should have a much better idea of how the Big Ten title race will break down.

1. Maryland State of Mind
All eyes are on Maryland this week. Win or lose at Northwestern (Wednesday) and Wisconsin (Sunday), it's going to have a giant impact on the Big Ten title race. Remarkably, Maryland has lost just one conference road game this season, even though Mark Turgeon relies so heavily upon a trio of freshmen. Coach Turgeon needs his star Melo Trimble to find his range again. In the last four games, Trimble has hit just 16 of 52 shots (31 percent), including 3 of 20 from beyond the arc. The Terrapins get a break Wednesday night, as Northwestern will be without star Scottie Lindsey (illness) for the fourth consecutive game. Chris Collins and his staff have done a remarkable job adjusting with a depleted lineup. The topic of Collins brings me to the Big Ten Coach of The Year race. Even though Northwestern is on the brink of making history, I would vote for Turgeon today. If Maryland wins both road games this week, Turgeon leaps back into The National Coach of the Year discussion. Collins is very deserving, as well, and will probably win it if Northwestern doesn't fall apart down the stretch.

2. White Hot Walton
Michigan?s Derrick Walton Jr. has been playing at such a high level the past few weeks that first-place Wisconsin is on upset alert heading in to Ann Arbor on Thursday. In Wisconsin?s home loss to Northwestern, Bryant McIntosh put up 27 points, handed out seven assists, and pulled down seven rebounds. It seems like Walton Jr. has been putting up those kind of numbers every game. In the last eight games, Walton Jr. is shooting 55 percent and averaging 20.4 points, 6.4 rebounds and 3.9 assists. He has quietly put together a stellar and historic career at Michigan, to the point that with two more rebounds, the senior guard will become the first Wolverine to amass at least 1,000 points, 500 rebounds and 400 assists in his career. The rebounding, though, is what separates Walton from so many others. The undersized point guard has never been afraid to mix it up on the glass, and is a shining example of how to play the position.

3. New Life for Nebraska
After playing a challenging non-conference schedule, Nebraska entered conference play battle-tested and motivated. Its 3-0 start, including unexpected wins at Indiana and Maryland, proved that it could beat anyone. Tai Webster and Glynn Watson Jr. were in the best rhythm of any Big Ten backcourt, and enforcer Ed Morrow Jr. was screening, rebounding, and finishing at the rim at a high level. Then the wheels fell off when Morrow went to the sidelines with a foot injury. The Huskers struggled to put together 40 minutes at both ends of the floor, and the hard-fought losses took a toll on Tim Miles' young team. Nebraska lost eight of nine games, including three one-point losses, and saw their regular-season title hopes quickly fade away. In Morrow?s absence, however, other players stepped up, and now the future in Lincoln looks bright. Michael Jacobson has played with toughness and courage, Jordy Tshimanga continues to improve around the rim, and Jack McVeigh is hitting timely 3-pointers. Against Penn State on Tuesday night, a healthy and energized team blitzed the surging Nittany Lions with a display of teamwork, great defense, and solid execution in front of a motivated fan base. Webster and Watson played with joy, and Nebraska?s front line attacked Mike Watkins and the stellar Penn State defense. Nebraska has new life, and looks like a team to keep your eye on down the stretch. Perhaps no other team is looking forward more to the Big Ten tournament.