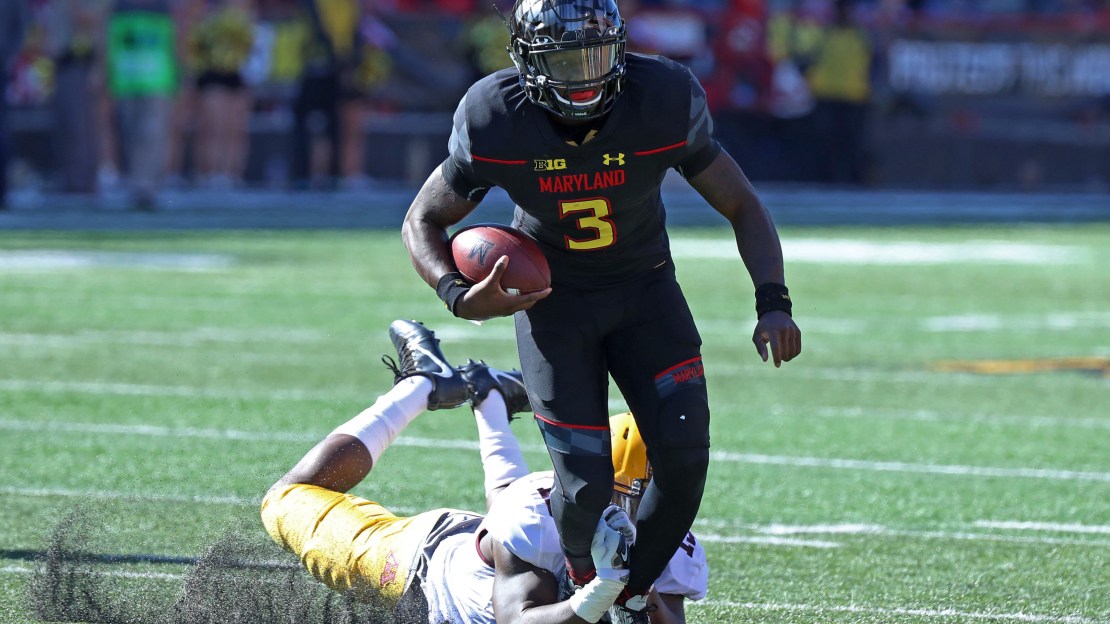 There might not be an up-and-coming program in the Big Ten with as bright a future as Maryland, coming off a bowl trip in DJ Durkin?s debut followed by a monster recruiting class. But work remains to be done if Maryland wants to move up the pecking order in the rugged Big Ten East.

Now, the Terps look to take the proverbial next step in their evolution under Durkin. And that begins this spring.

1. Quarterback. It?s no secret that quarterback play hasn?t been up to par in recent years in College Park. And, the quest continues in the spring now that Perry Hills and Caleb Rowe are gone. In fact, the quest figures to continue into fall camp for DJ Durkin. Junior Caleb Henderson, sophomore Tyrrell Pigrome and sophomore Max Bortenschlager will compete in the spring. And then touted freshman Kasim Hill will be in the mix in the fall. Again, it?s highly doubtful that a starter will be named until Hill gets a chance to compete. Most think Henderson-a transfer from North Carolina who sat out last season–will take hold of the job, but the staff really liked what they saw from Bortenschlager in Year One. Bottom line: stay tuned.

2. Defensive line. The unit needs playmakers, guys who can stuff the run and rush the passer as three starters are gone. Seniors Chandler Burkett and Jesse Aniebonam will compete for the Buck spot. Aniebonam was among the leaders in the Big Ten in sacks last year and he'll probably be the top guy this year rushing the passer. Burkett came on late and the coaches like him. Junior Melvin Keihn could also be in the mix at the Buck, too. The strong-side end could be senior Cavon Walker or junior Brett Kulka. Up the middle, senior Kingsley Opara and sophomore Oseh Saine are the most experienced guys. Breyon Gaddy was a big get for Maryland on signing day and he'll likely be playing very quickly. Sophomore Adam McLean, junior Mbi Tanyi and sophomore Keiron Howard, along with freshman Cam Spence, are all also in the mix.

3. Offensive line. The projected starters from left to right look like junior tackle Derwin Gray, sophomore guard Quarvez Boulware, junior center Brendan Moore, sophomore guard Terrance Davis and junior tackle Damian Prince. The best of the bunch? Prince, but Terrance Davis started 75 percent of the games as a freshman in 2016 and could make a big jump in his sophomore year. The two guards could be flipped; stay tuned. There is lots of talent. How much? All of the tackles and guards were at least four-star prospects (Prince was a 5-star), so this young talent is finally all coming together and should be the backbone of the team for the next two or three years. The Terps also singed a pair of four-star guys this year on the o-line in Marcus Minor and Jordan McNair, but they could redshirt. The future looks bright for this group.