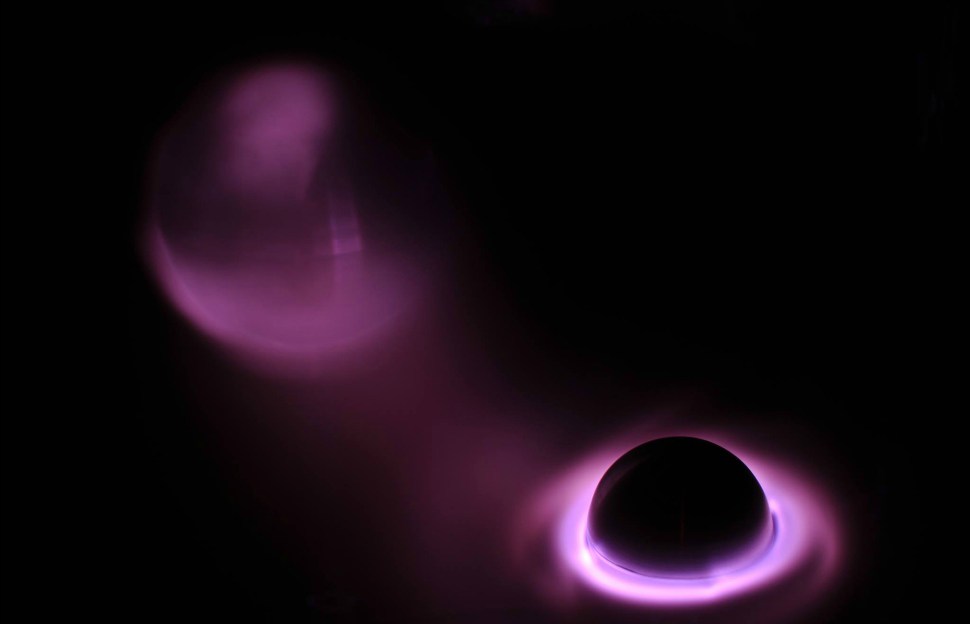 With BTN LiveBIG, we endeavor to tell stories of philanthropy, science and the arts at Big Ten schools. Rare is the story that combines two of the three, but University of Iowa nailed it.

In an exhibit at the UI Old Capitol Museum called "Hawkeyes in Space," the history of the university?s involvement in the U.S. space program is on display along with a device called the planeterella, which mimics various space phenomena from auroras (like those seen in the Northern Lights) to radiation belts to the rings of Saturn.

For those not familiar with Iowa?s influence on the space program, here?s a quick rundown:

The planeterella at the UI Old Capitol Museum, a device which has its origins in the 19th century when space exploration was little more than a remote dream, allows visitors to generate their own mini light shows. Iowa Now explains how it works:

The planeterrella recreates the northern lights by using two spheres (representing the sun and the Earth), enclosed in a glass bell jar. The spheres each contain small magnets. A vacuum pump removes most of the air from the bell jar to mimic Earth?s thin upper atmosphere, and a power source creates an electrical field between the spheres inside the glass jar. The charged objects emit electrons, which electrify the small amount of remaining air in the jar, generating plasma.

For more on Iowa?s involvement in space exploration, read the links above. For a demonstration of a planeterella, watch the video below: