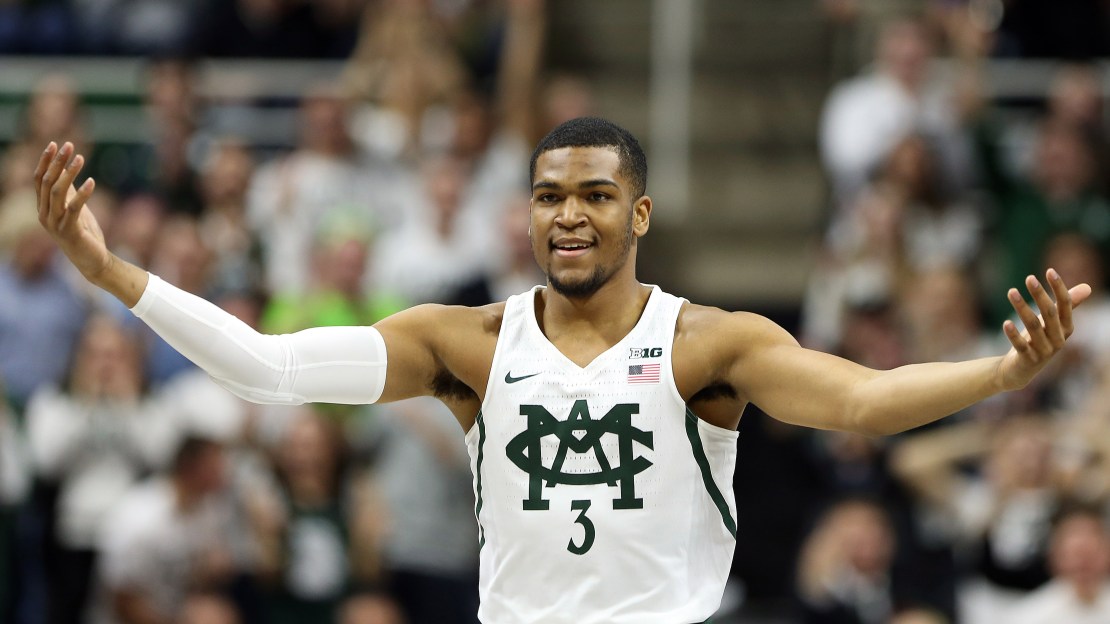 (AP) Alvin Ellis scored 15 of his 18 points with a 3-point barrage in the first half and Michigan State went on to beat Ohio State 74-66 Tuesday night.

Ohio State's Marc Loving scored 22 points and reserve JaQuan Lyle scored all 10 of his points in the first half.

Ellis made five 3-pointers in a 3:38 span of the first half, helping the Spartans take a 21-12 lead and stunning the crowd because the senior was averaging just six points a game.

The Buckeyes later scored 10 straight to take the lead before falling behind 40-34 at halftime.

The Spartans scored the first six points of the second half, building a 12-point lead. Ohio State, once again, rallied with a 17-6 run to pull within one point.

Michigan State finished off the Buckeyes by outscoring them 12-2 to take an 11-point lead and they were able to keep a comfortable cushion.

Ellis made his first five 3-pointers, surpassing his previous career high of three. He finished 6 of 9 beyond the arc and 6 of 11 overall, falling two points shy of his career high.

Ohio State: The Buckeyes, who played in the NIT last season, are in danger of failing to make the NCAA Tournament in two straight seasons for the first time since Thad Matta took over the program in 2004.

Michigan State: The Spartans have improved their chances of extending their NCAA Tournament streak to 20 with their recent surge of success.

Michigan State: Play at No. 16 Purdue on Saturday.