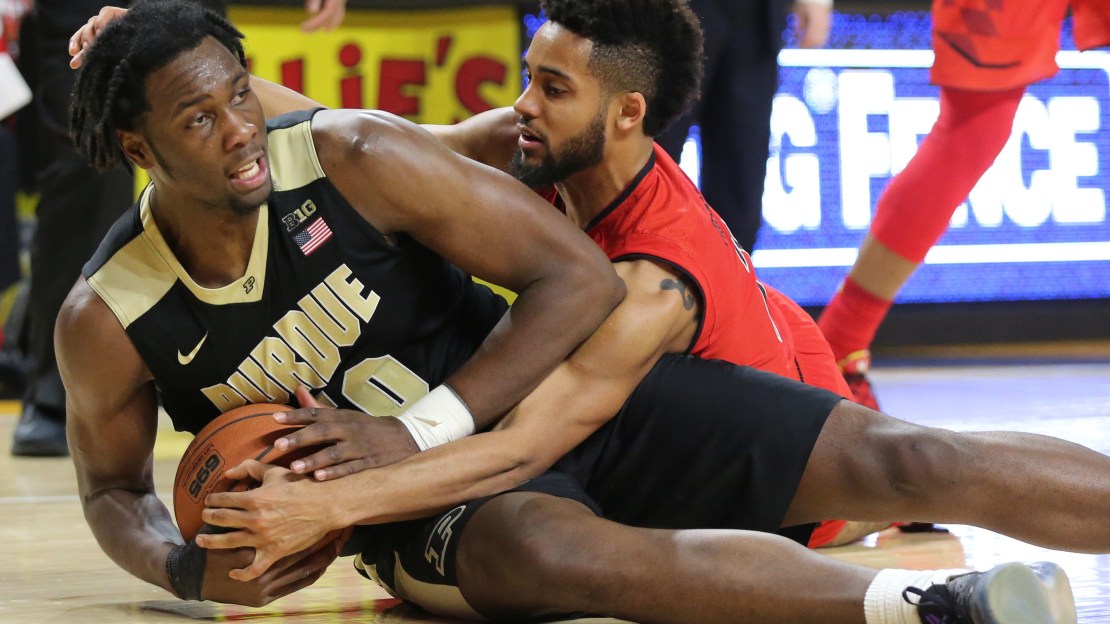 1. Caleb Swanigan, Purdue. Swanigan averaged 25 points and 13 rebounds in victories over then-No. 25 Northwestern and No. 17 Maryland. He was 16-of-30 from the field, including a remarkable 5-10 from downtown.
Last week: 1

2. Ethan Happ, Wisconsin. Happ is a legit contender to win the national defensive player of the year. Just ask Jay Bilas. The star sophomore is averaging 17.1 points, 8.5 rebounds and a Big Ten-best 2.7 steals per game in conference play.
Last week: 2

4. Melo Trimble, Maryland. Amazingly, Trimble and the Terrapins finished on the wrong end of a close game in their top-25 matchup vs. then-No. 23 Purdue. While Trimble struggled from the floor, going 4-of-15, he got to the free-throw line in true Trimble fashion (14-of-15).
Last week: 3

6. Derrick Walton Jr., Michigan. The senior guard continued his remarkable month with a 25-point, 10-rebound explosion against rival Ohio State, but he didn?t get much help, as Michigan fell and is now 4-6 in conference play.
Last week: 9

7. Nigel Hayes, Wisconsin. Hayes registered his second double-double of the season Sunday, putting up 15 points and 10 rebounds in a closer-than-expected win vs. Indiana. Fun stat: In Wisconsin?s last two home victories over Indiana, Hayes has connected on 24-of-30 (80 percent) free throws.
Last week: 7

8. Peter Jok, Iowa. The senior sharpshooter returned from a back injury Sunday vs. Nebraska, and he looked a little rusty, missing all four of his threes. Still, Jok finished with 12 points, five rebounds, and five assists as Iowa picked up its third victory in succession.
Last week: NR

9. Bronson Koenig, Wisconsin. Koenig's stroke has gone missing the last three games, making just 5 of his last 20 treys, but he's picked it up as a rebounder (4.3) in the same span. Just be patient, because he's going to catch fire again.
Last week: 8

10. Justin Jackson Maryland. One of Maryland's trio of standout freshmen, Jackson compiled back-to-back double-doubles, performances that included 50 points, 22 rebounds and nine triples. In his latest game, vs. Purdue, though, he went for eight points and five boards.
Last week: NR