Nebraska trains journalists on the use of drones: BTN LiveBIG 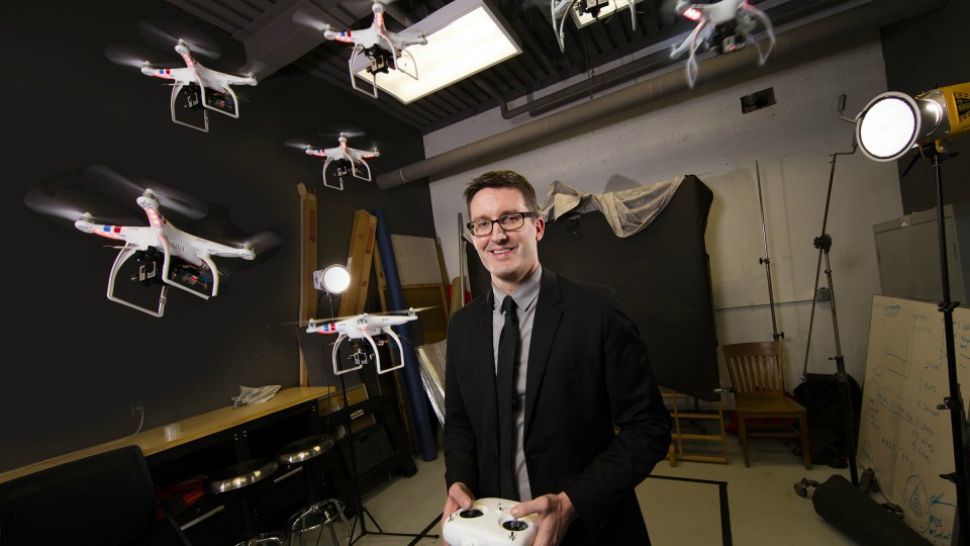 It?s not a bird, it?s not a plane and it is not Superman.

It could be Clark Kent, though.

Increasingly, journalists are taking to the sky to cover events. While aerial journalism isn?t necessarily new, it was once only the domain of those news organizations that could shell out the money for a helicopter and pilot.

Now, drones are democratizing the skies and changing the vantage point from which small-market, independent or freelance reporters can tell stories.

The changing face of drone journalism has been shaped in no small part by the University of Nebraska-Lincoln, who, since 2011, has been home to the Drone Journalism Lab.

Founded by Professor Matt Waite, the lab teaches journalists the ins and outs of using unmanned aerial vehicles to cover the news: the mechanics of operating the drone and the ethics involved and legality surrounding drone use.

?Drones are purpose-built context machines. They can, in less time and at vastly reduced costs, give a viewer an understanding of the scale and scope of a story unlike anything else journalists have in the toolbox,? says Waite, speaking to UNL?s Nebraska Today. ?Just getting a drone straight up 100 feet in the air has the power to change our understanding of how big, how far, how wide, how massive something is. And it can be done safely and for very little cost.?

The program will offer four three-day workshops in the summer of 2017 on university campuses across the country. The basics of drone journalism will be covered, along with an introduction to and overview of the skills needed to pursue the new FAA drone pilot certification.

The workshop program grew out of the Drone Journalism Boot Camp held on the UNL campus in August of 2016. The overwhelming response to the boot camp led to a desire to expand those educational opportunities nationwide and train journalists to use drones in a safe, ethical and legal manner.

Google News Lab will also expand opportunities for journalists from marginalized communities, offering scholarships to groups such as the Native American Journalist Association, the National Association of Black Journalists, and NLGJA, the association of LGBTQ journalists.