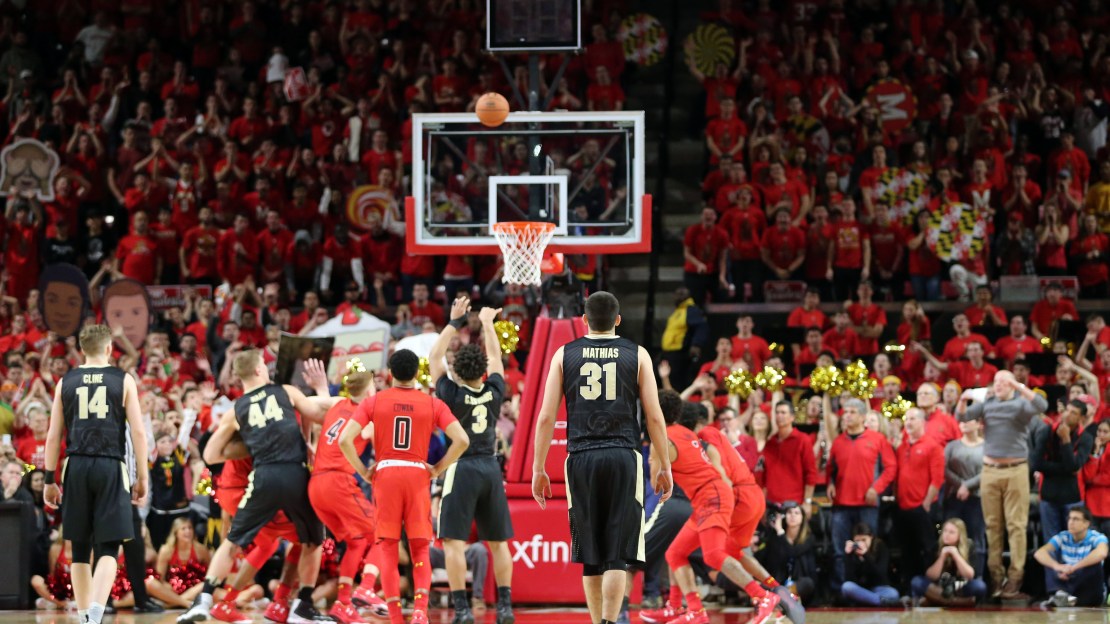 With Selection Sunday less than five weeks away, each game?s significance increases for the Big Ten?s middle of the pack. Here?s three games to watch this week as we work into the meat of the February schedule.

These two teams have the same overall record, but Spartans fans have to feel much more optimistic than Michigan fans about their postseason prospects at the moment. Michigan State?s RPI is a very bubbly 46, while Michigan has quite a bit of work to do at No. 78. The Wolverines aren?t out of it yet, but their resume can?t take on much more water.

Michigan was sitting much prettier just two weeks ago. Fresh off a 90-60 blowout of Indiana, it looked like the Wolverines were coming together at the right time. The only game they?d lost out of their previous four had been a close contest at Wisconsin, but they haven?t been able to build on that stretch since. Back-to-back losses against Michigan State and Ohio State have followed, and the home loss against the Buckeyes could prove to be especially crushing come Selection Sunday.

Michigan State has rebounded from three straight January losses with two straight wins, including a 70-62 triumph over those same Wolverines just over a week ago. The Spartans? talented trio of freshmen (Cassius Winston, Nick Ward and Miles Bridges) led the way with 44 combined points in that one, and it?s those three that will have to carry Michigan State into March. Michigan has no answer for Ward down low, but D.J. Wilson is one of the few players in the conference who is capable of matching Bridges? athleticism. If they want to win the rematch, the Wolverines will need their outside shots to fall. They shot 26 percent from distance in the first game, which just won?t cut it for a perimeter-oriented team.

Michigan-Michigan State has a storied in-state rivalry, but I?m not sure it matches up to the mutual disdain of Purdue-Indiana. With bitter feelings on both sides, Thursday?s game at Assembly Hall could provide the most hostile environment we?ll see this season. That is, until Indiana makes a return trip to Mackey arena on Feb. 28.

Indiana isn't desperate enough to cause Tom Crean to throw a chair on the court, but the Hoosiers have to be sweating at this point. By the way, we're approaching the 32nd anniversary of chair-throwing infamy:

#ICYMI: Yesterday was 31st anniversary of Bob Knight throwing chair across the court against Purdue. #Indianahttps://t.co/n8l3adZxN6

With nine losses already weighing them down, their schedule is pretty tough down the stretch. OG Anunoby isn?t coming back from injury and walking through that door, but James Blackmon Jr. is a different story. Crean is being coy as usual on Blackmon?s health, but Indiana?s leading scorer could return to the lineup from a leg injury against Purdue. Blackmon would be a huge boost against the Boilers, and the Hoosiers definitely missed his presence Sunday against Wisconsin. Thomas Bryant has scored in double figures in six straight games, and him squaring up with Caleb Swanigan will be a treat to watch Thursday. But as Yogi Ferrell?s departure has proven, Indiana needs a dominant lead guard to make them go. The sooner Blackmon is back, the better.

Purdue is in no such danger of missing the NCAA tournament. The Boilers are rolling, having won five of their last six and two consecutive contests over ranked teams. One of those was their biggest win of the season Saturday at Maryland, and thanks to Carsen Edwards? heroics at the charity stripe, the Big Ten title is still within reach. Wisconsin is showing no signs of relinquishing their current two-game lead over the Boilers in the Big Ten race, but Purdue is by no means out of the hunt. Win or lose, these remaining challenges will continue to prepare Biggie Swanigan and Co. for March. And there?s no bigger road challenge for Purdue than Assembly Hall.

Despite the parity up and down the conference, the cream has risen to the top. Wisconsin was projected to be at the top of the Big Ten before the season began, and it looks like that?s exactly where they?re going to finish. All the old clichés apply to Wisconsin: death, taxes, whatever. Whether you?re viewing college hoops through a micro or macro lens, Wisconsin is a well-oiled machine that is showing no signs of slowing down.

Everyone knew they?d be solid this year, but now Wisconsin is taking it up a notch. As the No. 7 team in the country and winners of seven straight, the Badgers are bucking the notion that the Big Ten has no elite teams this season. They have senior leadership in Bronson Koenig and Nigel Hayes. Ethan Happ has blossomed into a superstar. Head coach Greg Gard knows exactly how to use the pieces he has and didn?t allow the program to miss a beat after Bo Ryan?s abrupt departure last season. That means Northwestern will have their hands more than full Sunday at Kohl Center.

Assuming the Wildcats take care of a beleaguered Illinois squad Tuesday, this will be a matchup of Top 4 Big Ten teams. Wisconsin is more talented than Northwestern, but good coaching can help balance the scales. And this will be a battle of good coaches. Chris Collins has done an admirable job this season, and now he?s facing a new challenge in the loss of a star player.

Leading scorer Scottie Lindsey is being sidelined with an illness that could keep him out for several games, which is not good news for a Wildcats team on the brink of locking up the program?s first NCAA tournament bid. Northwestern was crushed in Lindsey?s first game out on their home court against Purdue last Tuesday, meaning their return to the Top 25 was as short-lived as possible. Can Collins keep the Cats from imploding without his primary weapon? I think he can, and a tourney ticket should be safe devoid of a complete collapse. The Wisconsin game will be a great gauge to see if their blowout at the hands of Purdue was a fluke, or if Lindsey?s absence has rendered the Wildcats noncompetitive against top teams.