Michigan State pulls away at Nebraska, 72-61 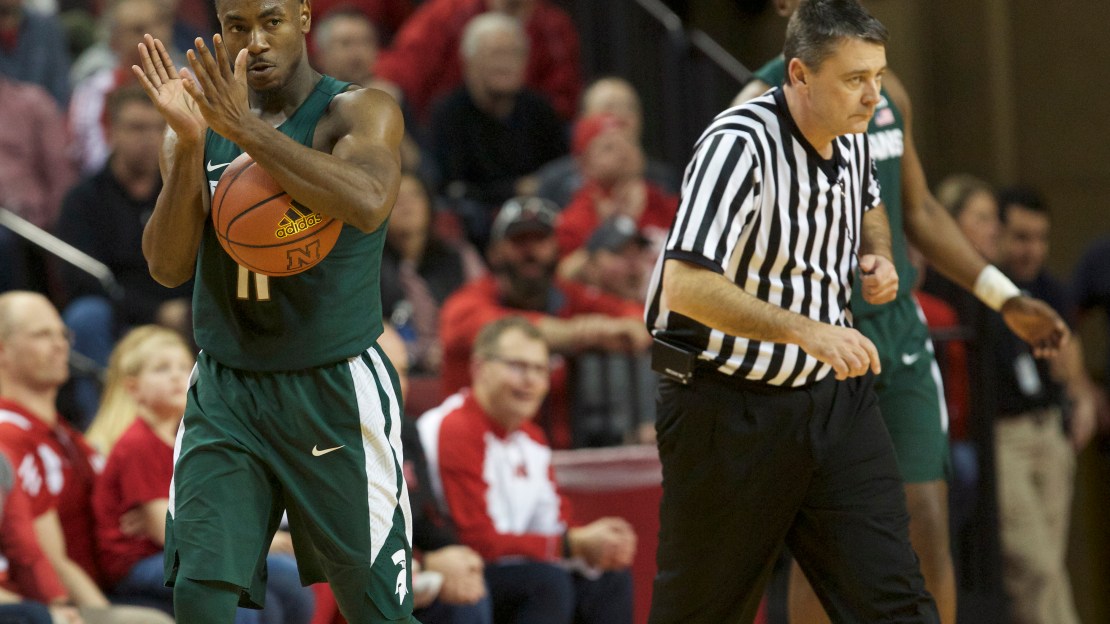 LINCOLN, Neb. (AP) Miles Bridges scored 16 points to lead five Michigan State players in double figures, and Michigan State shot 63 percent in the second half to pull away from Nebraska for a 72-61 victory on Thursday night.

The Spartans (14-9, 6-4 Big Ten), who beat Michigan on Sunday, won consecutive games for the first time since December and ended a three-game losing streak against the Cornhuskers (10-12, 4-6).

Michigan State made eight of its first 10 3-pointers in the second half and finished 11 of 17. Ellis and Joshua Langford made three 3s apiece.

The Spartans took the lead 7 minutes into the game and were ahead by single digits until Winston's 3-pointer made it 50-38 with 13:50 left. They led by as much as 20.

Michigan State held Nebraska to three points and no field goals over the last 3:54 of the half and led 32-26 at the break.

Cleveland Cavaliers coach Tyronn Lue was at Pinnacle Bank Arena to have his Huskers jersey retired during a halftime ceremony. He played at Nebraska from 1995-98.

Michigan State: The Spartans won away from East Lansing for the first time since Dec. 27. The win was a big one for a team trying to reach the NCAA Tournament for the 20th straight year.

Nebraska: The Huskers couldn't carry over the momentum from beating a then-No. 22 Purdue at home on Sunday, and now they've lost six of their last seven.

Nebraska visits Iowa on Sunday. The Huskers beat Iowa 93-90 in double overtime at home on Jan. 5.