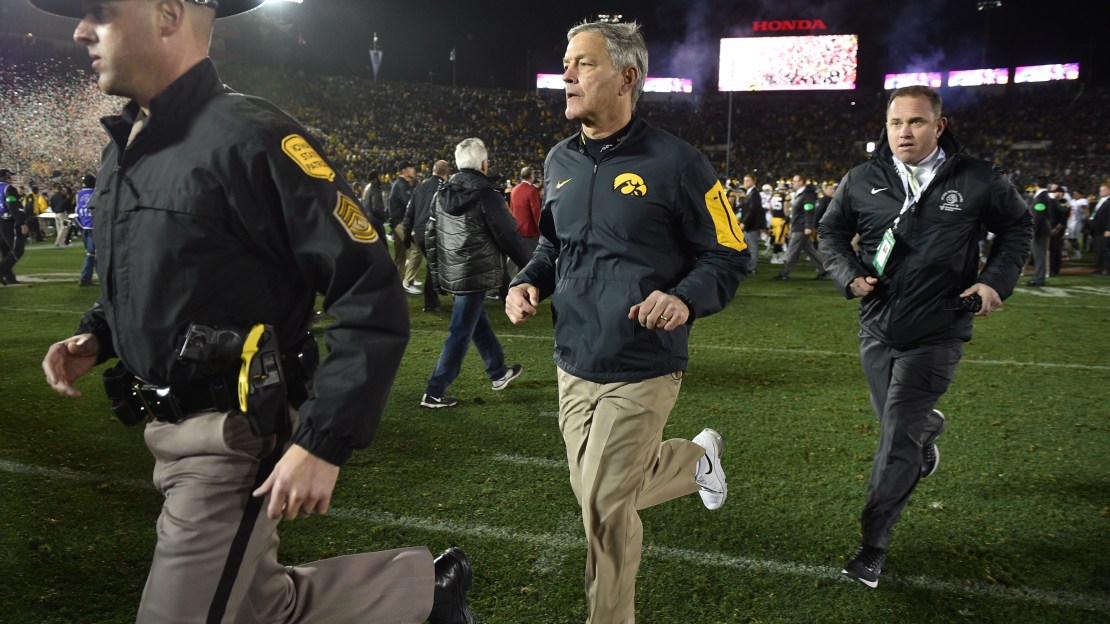 (AP) Iowa landed one of the top recruits in school history on Wednesday in defensive lineman A.J. Epenesa.

Epenesa, the rare five-star recruit to commit to Iowa, is a 6-foot-5, 270-pound defensive end from Edwardsville, Illinois. He is expected to make an immediate impact for the Hawkeyes. Epenesa was considered one of the top defensive players in America, and a standout performance at the U.S. Army All-American Game only heightened expectations.

Iowa was already loaded with defensive linemen. The Hawkeyes need receivers, and although they signed three on Wednesday none is expected to be ready to start by August.

Best in class: Epenesa. The son of former Hawkeye Eppy Epenesa, A.J. could have played anywhere in the country but chose to follow his father to Iowa City. Iowa has been known to get the best out of raw recruits, so it'll interesting to see what Kirk Ferentz and his staff can do with a player with the potential to be a star as a freshman.

Best of the rest: Tristan Wirfs, OL, Mount Vernon, Iowa. At 6-foot-5 and 315 pounds, Wirfs could end up at either guard or tackle. Wirfs was also a state qualifier in wrestling and a state champion in the discus, traits that seem to make him a classic fit for a Ferentz-coached line.

One that got away: WR Oliver Martin. A four-star recruit from Iowa City, Martin seemed like he might be destined for Iowa. But with offers from scores of big-time programs, Martin passed on the Hawkeyes – who currently don't have a wide receivers coach – for Michigan.

How they'll fit in: Epenesa and incumbent edge rushers Anthony Nelson and Matt Nelson could give Iowa a chance to be elite at rushing the passer in 2017, which will be crucial since the Hawkeyes will have a pair of new cornerbacks. The Hawkeyes will also have to hope at least one of their new wideouts can make an immediate impact.