Our guide to National Signing Day around the Big Ten 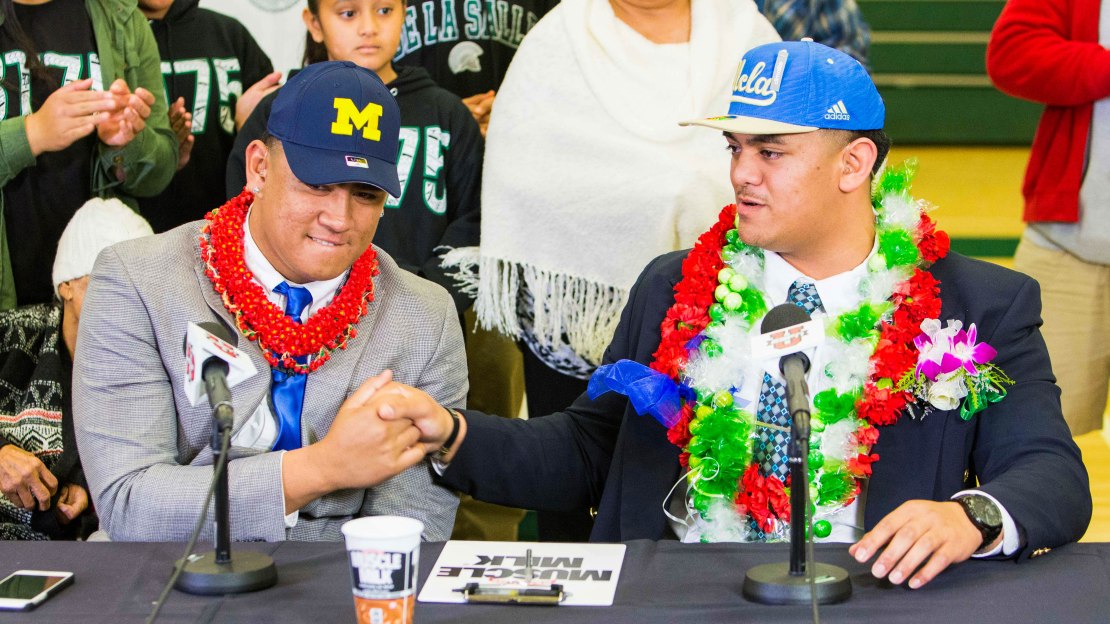 If you're looking for Big Ten National Signing Day info and access, you're in the right place.

You can stream BTN's live coverage of National Signing Day by clicking here.

Everyone's looking for the next @jbbigbear. Will any team find him tomorrow? Join us for #SigningDayOnBTN @ 9 am ET https://t.co/w659DYah2c pic.twitter.com/nZipA1o11t

Here's a list of special team events at school websites as well as the relevant Twitter handle for each football program. As we all know, Signing Day is a big day on Twitter, too:

Illinois: The one-stop shop for all Fighting Illini football fans can get all the latest happenings from signing day, including behind-the-scenes access with the staff at Memorial Stadium, and biographies and video highlights of all the members of the Class of 2016. Also, follow @IlliniFootball for more.

Indiana: On Wednesday morning beginning at 6:45 a.m. ET, Indiana will provide live updates, including Periscope video, from the football offices as signees send in their National Letters of Intent (NLI). Also, follow @HoosierFootball for more.

Michigan: Michigan and The Players' Tribune will present Signing of the Stars, a live event from noon to 2 p.m. ET at Crisler Center. It will also be streamed live. Also, follow @UMichFootball for more.

Nebraska: Nebraska will again produce a live show streamed on Huskers.com. The second annual Nebraska Signing Day Special will begin at 8 a.m. CT and will be free to all visitors. Also, follow @HuskerFBNation for more.

Penn State: GoPSUsports.com will have extensive coverage of the day?s events, including a live webstream and blog. Fans are asked to be a part of Signing Day on social media by using the hashtag #PSUSigningDay. Also, follow @PennStateFball for more.