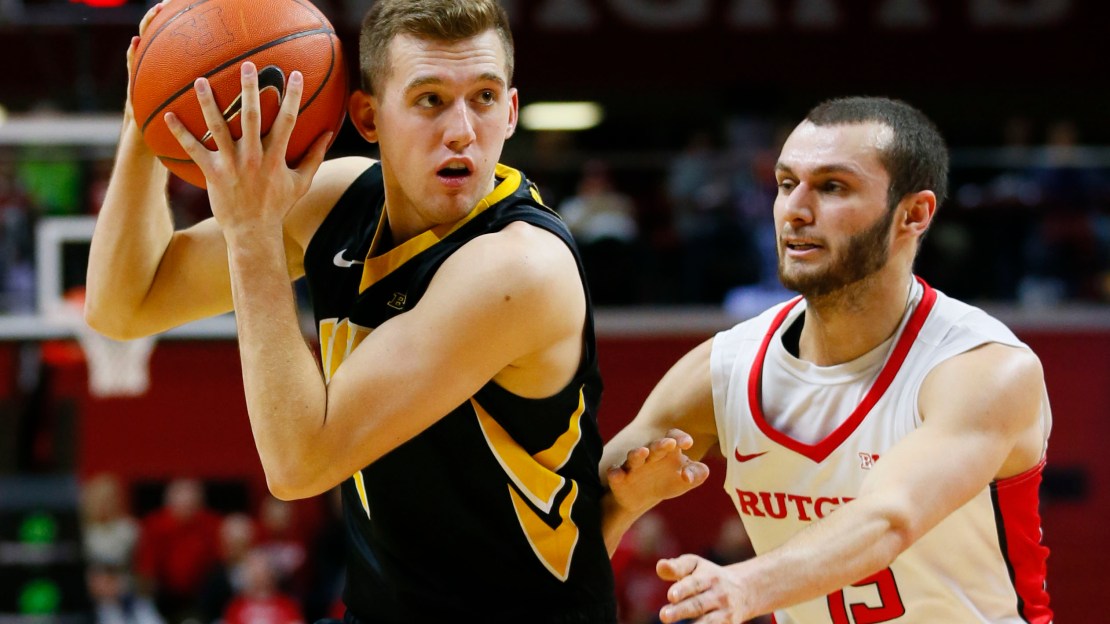 (AP) Jordan Bohannon scored 17 points and Iowa took command early and posted its first road win of the season with an 83-63 victory over Rutgers on Tuesday night.

The win was the second straight for the Hawkeyes (13-10, 5-5 Big Ten) with conference-leading scorer Peter Jok sidelined with a back injury.

This one was a laugher for Iowa, which had lost its first five games away from Carver-Hawkeye Arena. It opened a double-digit lead in the opening five minutes and never looked back, leading by as many as 28 points.

Cordell Pemsl added 15 points for the Hawkeyes, who shot 50 percent from the field and a season-high 61 percent from 3-point range (11 of 18). Bohannon hit five of his seven long-range attempts.

The 20-point margin of victory was the biggest for Iowa in a conference game this season and it gave coach Fran McCaffery a chance to rest most of his starters in the second half.

Iowa, which had won a neutral site game earlier this season, jumped to a 17-4 lead in the opening 5:20. Tyler Cook led the early run with seven points and Bohannon had five.

Iowa, which was riding a three-game losing streak, has stepped up and beaten Ohio State and Rutgers with the conference's leading scorer sidelined. The Hawkeyes hope to have Jok back this weekend.

After decent efforts against Maryland and Wisconsin, Rutgers showed its inconsistency by failing to be competitive against a team missing its best player.

Rutgers is at Penn State Saturday.