Big Ten Whiteboard: Everyone ready for Purdue at Maryland? 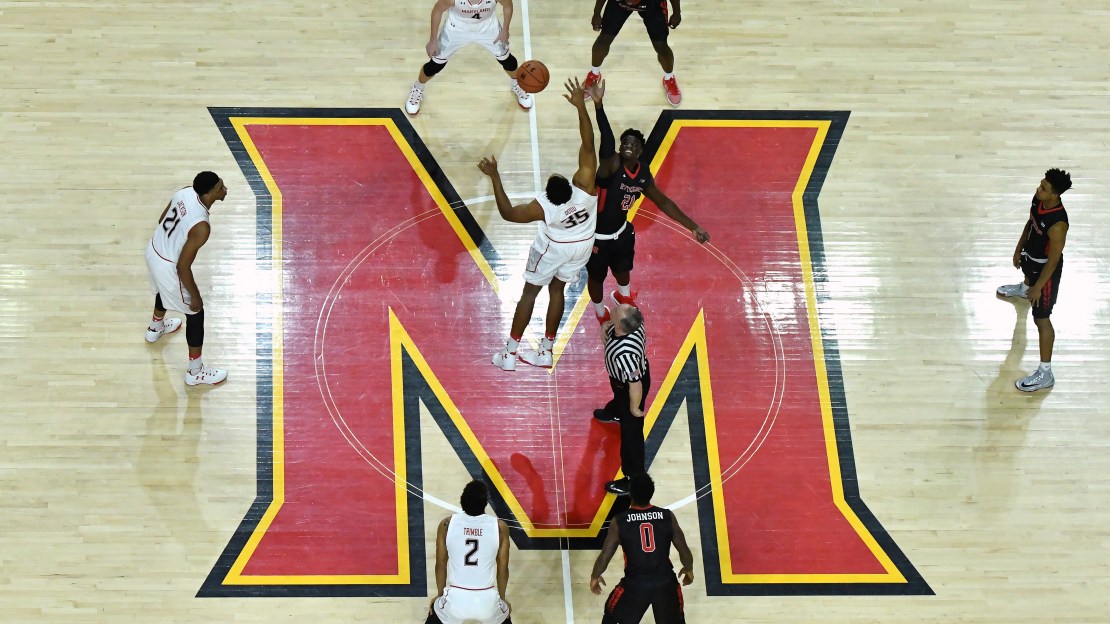 As the conference season chugs toward the halfway point, it?s becoming clearer that Wisconsin and Maryland are the teams to beat.

But keep an eye on Northwestern, which has won six in a row. That?s the Wildcats? longest Big Ten win streak since the 1932-33 season. And NU?s 7-2 start in conference play is its best since the 1937-38 season. This team looks destined to earn its first NCAA bid ever, as an 18-4 start is the best in school history. Time to start wondering what seed the Cats will get.

Here is a look at what?s ahead.

Game of the week: Purdue at Maryland, Saturday. And the roof may blow off the Terrapins? XFINITY Center. This is the only meeting of the year between the teams. And, if the Boilermakers have any faint hope of winning the league title, they need to prevail. Gonna be difficult. After Maryland opened Big Ten play 1-1, it has ripped off six victories in succession. The Terps athletic style is a tough matchup for big, burly Purdue, which struggles to contain dribble penetration and defend. If Melo Trimble runs wild, Maryland should roll. As a side note, keep an eye on freshman guards Carsen Edwards of Purdue and Anthony Cowan of Maryland.

Don?t overlook this game: Northwestern at Purdue, Wednesday. This will be a good test for the Wildcats, winners of six straight and coming off a great defensive effort vs. Indiana. Winning in Mackey Arena is difficult. And this will be an angry and motivated Boilermaker squad that is coming off a brutal loss Sunday at Nebraska. The Wildcats are just a game off the pace in the Big Ten race behind Wisconsin and Maryland. A loss for Purdue would be a deadly blow to its already fading title hopes. By the way: NU star guard Bryant McIntosh is an Indiana native who will be uber motivated in a return home.

Must win: Michigan vs. Ohio State, Saturday. Michigan is building an NCAA resume, but it needs to enhance it. To that end, the Wolverines need to protect their home court when Ohio State visits. The Buckeyes, like the Wolverines, have been inconsistent in Big Ten play, but Jae?Sean Tate is playing well. The Wolverines are an athletic team with size, length and shooting ability led by double-digit scorers Zak Irvin, Derrick Walton Jr., Moritz Wagner and D.J. Wilson. Michigan needs this one vs. its rival.

Best star matchup: Nebraska's Tai Webster vs. Iowa?s Peter Jok, Sunday. This is assuming Jok plays, of course. The Iowa sharpshooter has been fighting through some back issues that caused him to miss Iowa?s win vs. Ohio State over the weekend; he is listed as day-to-day and is still pacing the Big Ten in scoring. Webster has been one of the Big Ten?s most surprising players, emerging as the Big Ten?s third-leading scorer. Both Jok and Webster are dynamic scorers who can tally points in a variety of ways. In their first meeting, a 93-90 double overtime triumph for the Huskers in Lincoln, Jok tallied 34 points and Webster notched 23.

Upset alert: Wisconsin at Illinois, Tuesday. For all of Illinois' struggles, and there are a lot, there's no denying that it is a far better team at home. This is the case for most teams, yes, but it's especially the case for the Illini. You've heard it all year, that Illinois has experience and talent, headlined by senior star Malcolm Hill. If Hill gets hot and Bronson Koenig and Wisconsin remain cold from the floor, as they were last Saturday vs. Rutgers, an upset could be in the cards.

Big week: Maryland. The Terps have an interesting week that begins with a visit to Ohio State, which is playing better after starting 0-4 in Big Ten play. Maryland ends the week with a Titanic visit from Purdue. It?s the only meeting of the season between the Big Ten contenders. The Terrapins are tied atop the Big Ten standings with Wisconsin with a 7-1 conference record. This week will further test the mettle of a surprising Maryland squad.

View the full Week 6 schedule below.