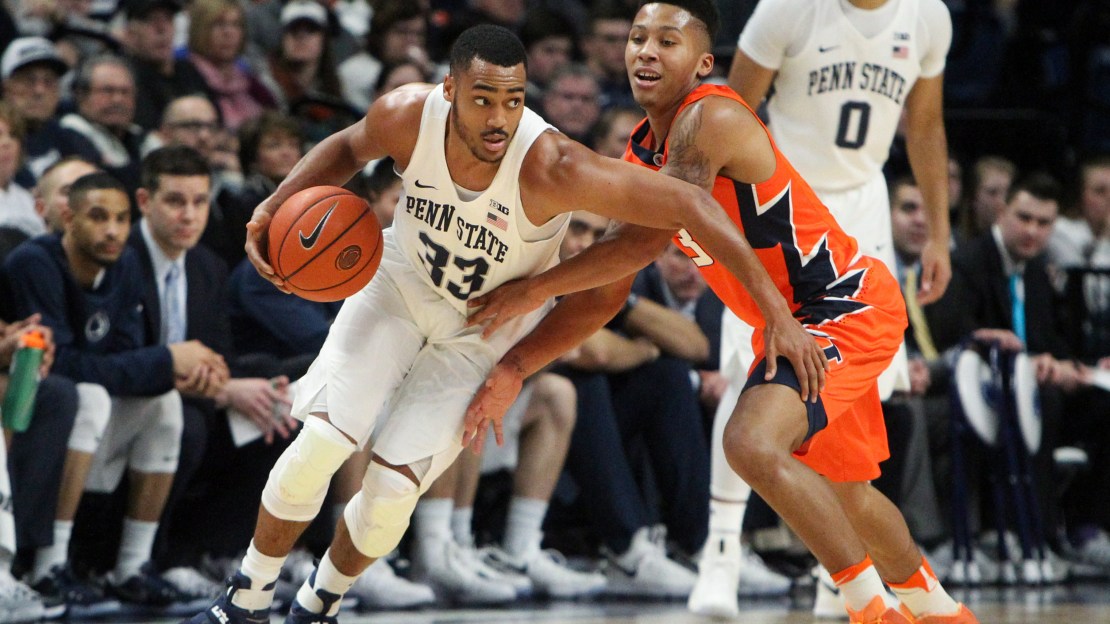 (AP) Shep Garner might've been selling himself short when he said with a straight face on Saturday he doesn't consider himself that athletic.

There's plenty of evidence against that, especially in Penn State's leading scorer's wrists.

Garner sparked the Nittany Lions with hot shooting early, took a heavy charge and sank critical free throws late, and his 18 points helped lift Penn State to a 71-67 win over Illinois on Saturday.

"Shep really set the tone for us," Penn State coach Patrick Chambers said. "To make a huge shot and make his free throws down the stretch there, that shows where his head is right now and his mindset. I think we see an emerging leader."

They couldn't have done it without those free throws from Garner as Illinois (13-9, 3-6) closed the gap after trailing by 20 at halftime.

"I didn't like our disposition at all in the first half," Illinois coach John Groce said. "I thought it was unacceptable. Just didn't think we were really good. We could be here for 30 minutes picking on a variety of areas in the first half."

Illinois: The Fighting Illini dropped to 0-5 on the road. They'll return home for their next two but it won't get any easier – their next two opponents are a combined 33-10 – before heading back out of town to face third-place Northwestern (17-4, 6-2).

Penn State: The Nittany Lions needed to reboot after being outscored by an average of 26 points in their last two losses on the road.

Garner, who entered the game shooting just 36 percent from 3-point range, admitted he had been frustrated with his shots not falling.

"I've definitely got in the gym more over the past week," Garner said. "A little bit of extra work didn't hurt."

Penn State led for all but 1:15 and took control early with pinpoint shooting sparked by Garner's first make – the first of nine 3-pointers for Penn State – on his first attempt.

The Nittany Lions made 60 percent of their first-half shots and Garner and Banks combined to make 8 of 13 from the field and 6 of 9 3s.

DUNKS FOR THE WIN

Penn State got it done inside, too, mostly with big dunks that brought a sizable Bryce Jordan Center crowd to its feet.

None of Penn State's six dunks were nicer than a big slam by Watkins with less than a minute in the first half. Garner noted the setup – a drive and behind-the-back feed from Terrence Samuel – might've been prettier.

"Those guys are slashers, they like to get in the paint and finish," Garner said. "When we're hitting shots, the defense has to try to contain (Banks and Garner) and the Red Sea opens. When we're open, they're tough to guard."

Illinois hosts No. 15 Wisconsin on Tuesday.