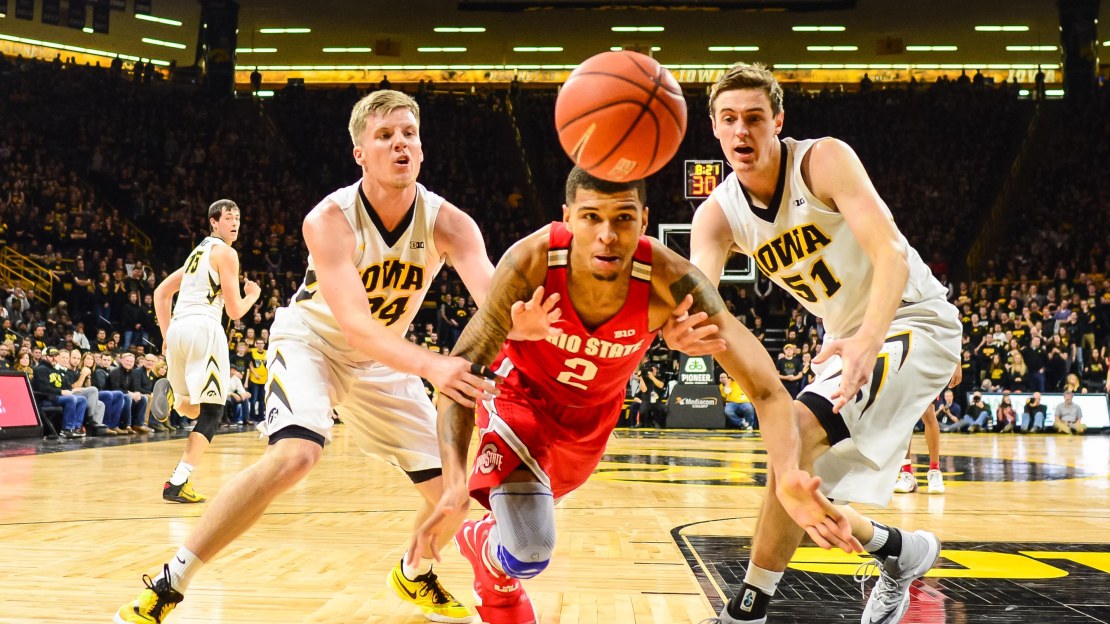 Reserve freshman Ryan Kriener had 14 for the Hawkeyes (12-10, 4-5 Big Ten), who won despite missing senior star Peter Jok – who sat out to rest a nagging back injury.

Jok, the Big Ten's leading scorer at 21 points a game, had started 56 games in a row for the Hawkeyes. But Iowa played inspired in his absence, jumping ahead by 11 at halftime and getting its first 61 points from underclassmen.

Ohio State, which trailed by as much as 20, let Iowa shoot 50 percent and needed a late run made the final score as close as it was.

Ohio State: So much for those improved Buckeyes. Ohio State, which had won three of four, let Iowa jump all over it in the first half – and things only got worse from there. At 3-6 in the Big Ten, even a return trip to the NIT might be a stretch at this point.

Iowa: The Hawkeyes have proven they can play well at home, though doing so without Jok was a bit of a surprise. But if Iowa wants to push for an NIT bid – which would be a positive step for such a young team – it'll have to steal a few road games over the next few weeks.

Iowa: The Hawkeyes play Tuesday at Rutgers in perhaps their best shot yet at a road win in the league.