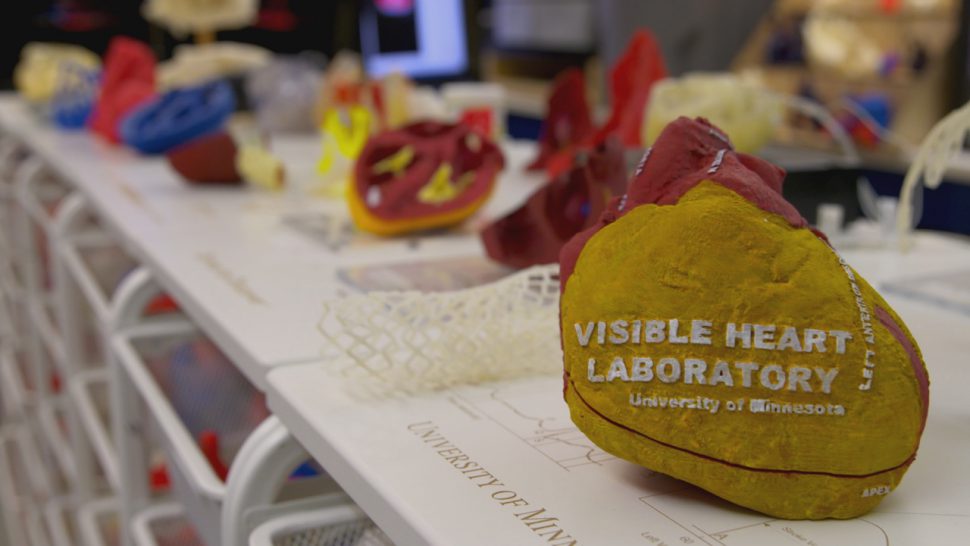 Despite his years of experience working with the human body, Dr. Paul Iaizzo is still taken with one organ in particular: the heart.

?It?s an amazing pump,? says Iaizzo, a professor in the Department of Surgery at the University of Minnesota. ?Man has never designed such a pump that [works] at variable speeds, lasts as long and is self-repairing.?

That sense of wonder fuels Iaizzo?s work as founding director of one of the most unique research facilities at the university: the Visible Heart Laboratory.

As its name implies, this lab goes well beyond mere anatomical analysis. Utilizing state-of-the-art equipment, Iaizzo and his team are in the business of actively reanimating both large mammal (usually swine) hearts and human hearts deemed not viable for transplant. It?s an exercise that affords a unique perspective as to how precisely the organ operates.

?We?re getting [hearts] to beat again within four or five hours after they?ve been recovered,? explains Iaizzo. The process uses a clear fluid in place of blood, allowing for an unobstructed view. ?We?ll spend the first two hours collecting educational images with endoscopes, echocardiography [and] fluoroscopy.?

While endoscopes provide a traditional camera view inside the beating heart, echocardiography and fluoroscopy use sound and x-rays, respectively, to provide a more in depth look at the muscular interplay of the various chambers, valves and blood vessels.

Those images and videos, along with MRI and CT scans used to construct digital models, are shared freely and openly in the lab?s Atlas of Human Cardiac Anatomy. The atlas is made available online for students, academics, anatomists, physiologists, biomedical engineers and all others who wish to inspect the running gears of the human heart. In 2015 alone, over 500,000 users made use of the Atlas? 5,000-plus images and videos.

Much of the work done in the lab is made possible by, of all things, geography. Minneapolis is home to a large number of biomedical engineering and medical device firms, among them Medtronic. A generous grant from the company funds much of the lab?s work, with students assisting Medtronic engineers in device-tissue interface testing of new cardiac devices.

?What?s great about the Visible Heart Lab is the culture of innovation and collaboration,? says Alex Mattson, biomedical engineering PhD candidate, whose work on the next generation of pacemakers is bolstered by working alongside an industry giant such as Medtronic. ?The research I do here actually translate directly into devices that are being made and implanted in people, actually helping people?s lives.?

For Iaizzo, though, the greatest joy of working in the lab is not just the opportunity to study the generously donated human hearts or the proximity to life-changing research.

?To me, one of the best parts of lab is the students that work here, the brain trust,? he says. ?There?s young, fresh minds bringing in new ideas. The best part of my job is seeing these people learn the knowledge, take it and move out into the world and have an impact.?