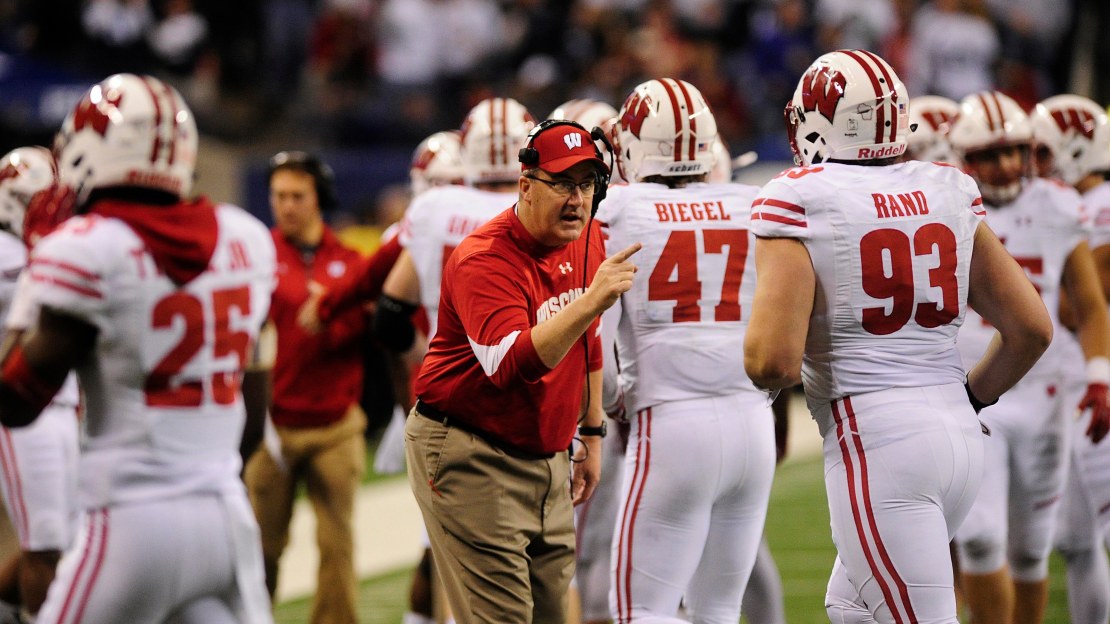 It was another banner season in Madison, as Wisconsin won the Big Ten West and advanced to the league title game for a fourth time.

Few envisioned the Badgers enjoying such a season, as they had to replace top defensive coordinator Dave Aranda who had left for LSU. But Justin Wilcox came in and did a great job, while the offensive line came together. And credit Paul Chryst, the Big Ten coach of the year by the league coaches. He deftly handled a delicate quarterback situation en route to guiding Wisconsin to the Cotton Bowl, where it beat Western Michigan.

Now, some key players must be replaced (in addition to also finding another DC, as Wilcox has taken the head coaching job at Cal). Here are the five biggest Badgers to replace from an 11-3 team.

LB Vince Biegel. A second-team All-Big Ten pick by the coaches and a third-team choice by the media, Biegel tallied 44 tackles (29 solo) with 16 TFLs and four sacks. He helped the Badgers rank No. 3 in the Big Ten in total defense (301.4 ypg) and No. 1 in rushing defense (98.8 ypg), as Wisconsin was the lone conference team to yield fewer than 100 yards rushing per game in 2016.

RB Corey Clement. He rebounded from a disappointing junior season to finish his Badger career with a bang. Clement ranked third in the Big Ten in rushing with 1,375 yards (105.8 ypg) and scored 15 TDs with eight 100-yard rushing games. He leaves Madison with 576 career carries for 3,092 yards and 36 TDs.

OT Ryan Ramczyk. A consensus first-team All-Big Ten player who turned pro, Ramczyk helped Wisconsin rank No. 3 in the Big Ten in rushing (203.1 ypg) and No. 5 in scoring (28.4 ypg). He was a force up front for a line that developed into a strength after an inconsistent 2015.

LB T.J. Watt. An inspirational leader and heat-seeking missile, Watt forged a standout career in carrying on the legacy began by older brother J.J. at Wisconsin. T.J. Watt was a consensus first-team All-Big Ten player who ranked third on the team with 63 tackles (38 solo). He led the Badgers with 15.5 TFLs and 11.5 sacks while also picking off a pass. Watt did it all for one of the nation?s top defenses, opting to turn pro early.