Dienhart: Changes ahead for Nebraska defense under Bob Diaco 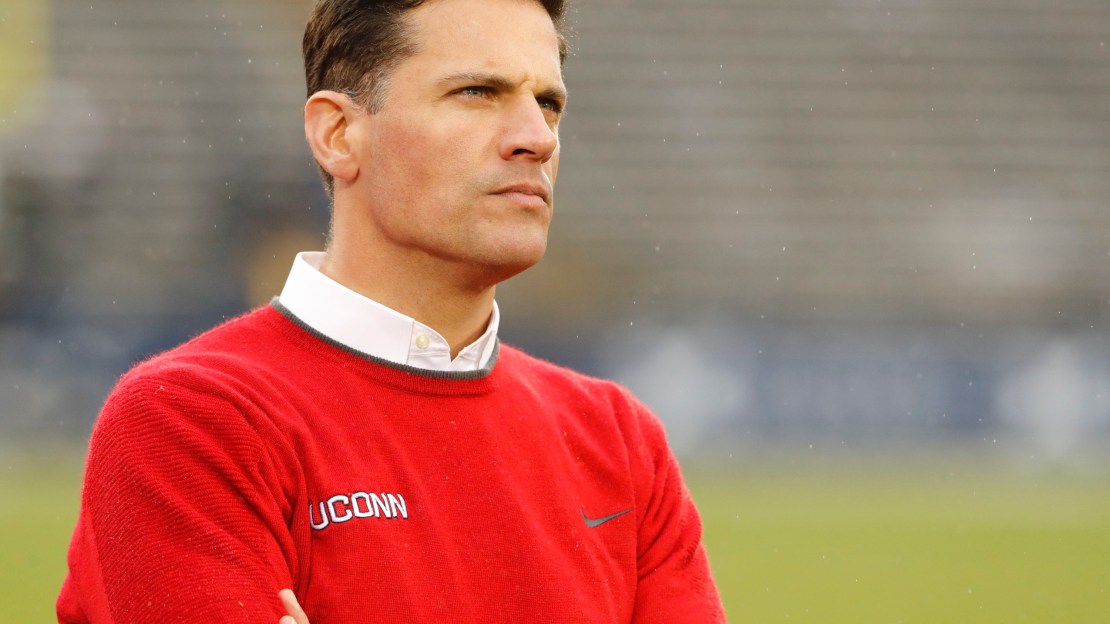 There have been some big coordinator hires in the Big Ten this offseason.

Ohio State tabbed former Indiana coach Kevin Wilson to run its offense, Michigan brought on Pep Hamilton as passing game coordinator and Rutgers hired ex-Minnesota coach Jerry Kill to be its offensive coordinator. But no new coordinator faces as must scrutiny as Bob Diaco (@CoachDiaco), who will run the Nebraska defense.

Cornhusker coach Mike Riley needs to make a push in his third season in Lincoln. He knows it. After a disappointing 6-7 debut in 2015, Riley made progress in 2016 by forging a 9-4 overall record (6-3 Big Ten). But after a 7-0 start, the Huskers stumbled down the stretch by going 2-4 in their last six games. The wins came vs. Minnesota and Maryland. And the last two games left a bad taste in the mouth of a lot of fans.

"That certainly was in just about all fashions and all ways very disappointing," Husker head coach Mike Riley said after the game.

Then the Cornhuskers defense got whipped 38-24 in the Music City Bowl by Tennessee. The play of the defense came under more examination, as the Volunteers eviscerated the Huskers for 521 yards.

?We?re obviously disappointed losing the game,? said Riley following the numbing defeat. ?They did what we couldn?t allow them to do. We had a hard time blocking the defensive front and we just gave up too many big plays.?

While the offense had it struggles during the 2016 season, particularly along the line, it was the defense that was most vexing. And it was the defense where the big changes had to come after a season in which the Cornhuskers ranked No. 6 in the Big Ten in total defense (363.7 ypg), No. 6 vs. the run (147.8 ypg) and No. 10 vs. the pass (215.8 ypg). Riley admitted the Music City Bowl was the final straw.

It seems for years, Nebraska has been chasing the brand of ?Black Shirt? defense that had come to define the program during its halcyon days under Tom Osborne. Back then, the Cornhuskers were a feared program, a juggernaut that often plowed under hapless foes with a muscular option offense ? and a ferocious defense that helped Nebraska win national titles in 1970, 1971, 1994, 1995 and 1997 under Dr. Tom.

Now? The program has fallen from national elite status. The Cornhuskers haven?t won any conference title since 1999.

Bill Callahan tried and failed. Bo Pelini did a bit better but still couldn?t deliver any hardware. The last two years, Riley has tried to flip the script but still hasn?t brought home any trophies. And, the pressure remains on.

Riley shocked many by firing defensive coordinator Mark Banker. The two had worked together for all but one season since 1996, Banker serving as Riley?s defensive coordinator beginning in 1999 with the San Diego Chargers, then holding the same position under Riley at Oregon State and Nebraska. Banker was more than a coach to Riley. He was a long-time buddy.

But, Riley felt his buddy had to go. And Riley delivered the news to Banker via the phone. And THEN secondary coach Brian Stewart left to pursue other opportunities.

This is the reality Riley finds himself in with 2017 at his doorstep.

If it wasn?t apparent before, the Banker firing made things crystal clear for Riley: He wasn?t at Oregon State anymore, where seven- and eight-win seasons elicited backslaps and pay raises. This was Nebraska. Much more is expected from a program that is starving for national relevancy. Everything is in place for big-time success, from fan support, to money, to facilities. You name it, Nebraska has it. But, big-time results have been elusive.

"When you have the chance to join the Nebraska football team, it's the pinnacle." – @CoachDiaco

Diaco may be the elixir to cure Nebraska?s ills. Diaco is a fiery 43-year-old who preaches a positive doctrine. The former Iowa linebacker?s personality is infectious. The guy loves to coach, he loves to teach, he loves to lead.

And his track record as a coordinator says Diaco knows what he?s doing. Yes, he flopped in three season leading UConn as head coach (11-26) but he was a success as defensive coordinator at Notre Dame from 2010-13 before that.

Diaco?s defense lifted Notre Dame to the national championship game in 2012, allowing just two rushing touchdowns all season. That defense was also ranked first in scoring defense, red-zone touchdowns allowed, passing yards per completion and ranked sixth in total defense. For that, Diaco?s received the Broyles Award, given to the top assistant coach in the country.

Adding to the intrigue: Diaco is switching Nebraska from a 4-3 to a 3-4 scheme, which should seem to fit the personnel in Lincoln-at least that?s the thought for a Husker program that lacks big-time ends but has a raft of good linebackers. An end like Alex Davis could make for a good LB in a 3-4.

And, for what it?s worth, 3-4 schemes may be a coming trend. Nebraska has seen Wisconsin use such an alignment to great success in recent years. And the Badgers are one of those Big Ten West schools Nebraska is chasing.

?I?m a detail-oriented person. I love, love, love the players,? said Diaco. ?Like, I can already say, ?I love the Nebraska players? because I inherently love my role and I understand my role because since they?re the young men we?ve been entrusted with, it?s already inherent in how I feel.

"So, I love what I do, I love football, I don?t need to read some kind of motivational quote to get out of bed every morning. I mean, I am on fire when my feet hit the floor.?

Diaco is going to need to burn bright for Nebraska to reach the summit.