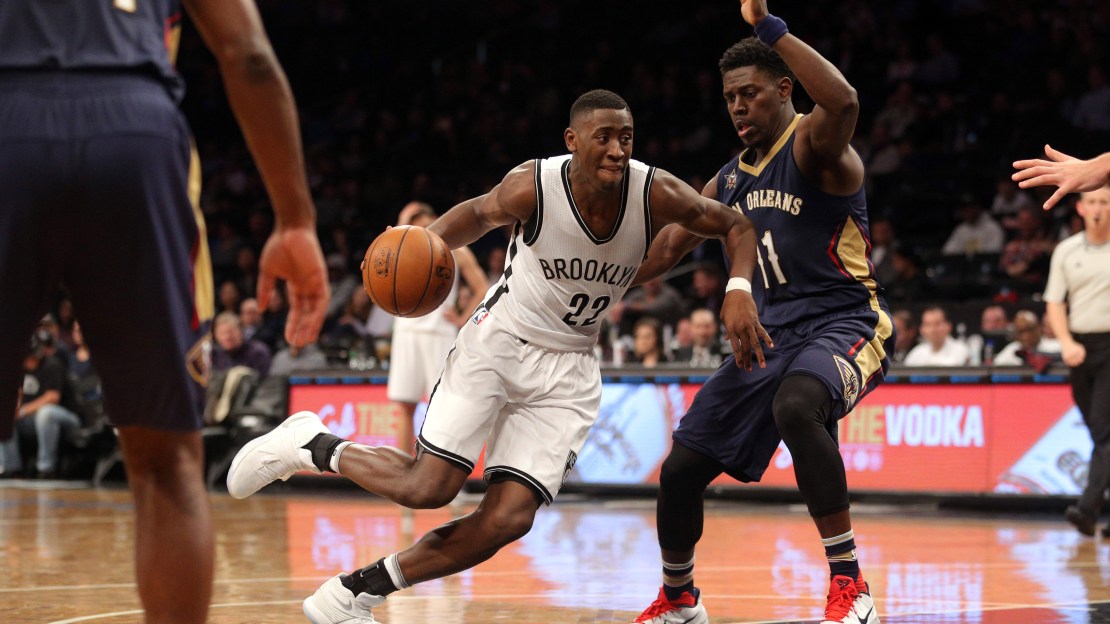 Caris LeVert's All-Big Ten career at Michigan vaulted him to the No. 20 overall pick of the Brooklyn Nets (via Indiana Pacers) in last year's NBA Draft. The 22-year-old has been a bright spot on a bad Nets team as a rookie, putting up 7.1 points, 2.5 rebounds and 2.0 assists per game. But his most memorable moment so far came Wednesday when Miami Heat guard Wayne Ellington squared him up at the top of the key.

LeVert unleashed part of the offensive repertoire he honed at Michigan on Ellington, shimmying and splashing a three. And unfortunately for Ellington, the "shimmy" was ankle-shattering. Once Ellington was sent sliding, LeVert finished the often-underappreciated aspect of any devastating crossover by draining the shot.

If you need a refresher or some extended background on LeVert's life beyond basketball, check out the clip below. His transformation to a lightly-regarded two-star recruit to Michigan star to first-round NBA draft pick has been impressive to follow.

Good for LeVert for carving out an NBA role and new life for himself in New York. He's already proving he can play at the next level, and he definitely earned some national respect by putting a veteran like Ellington on skates.