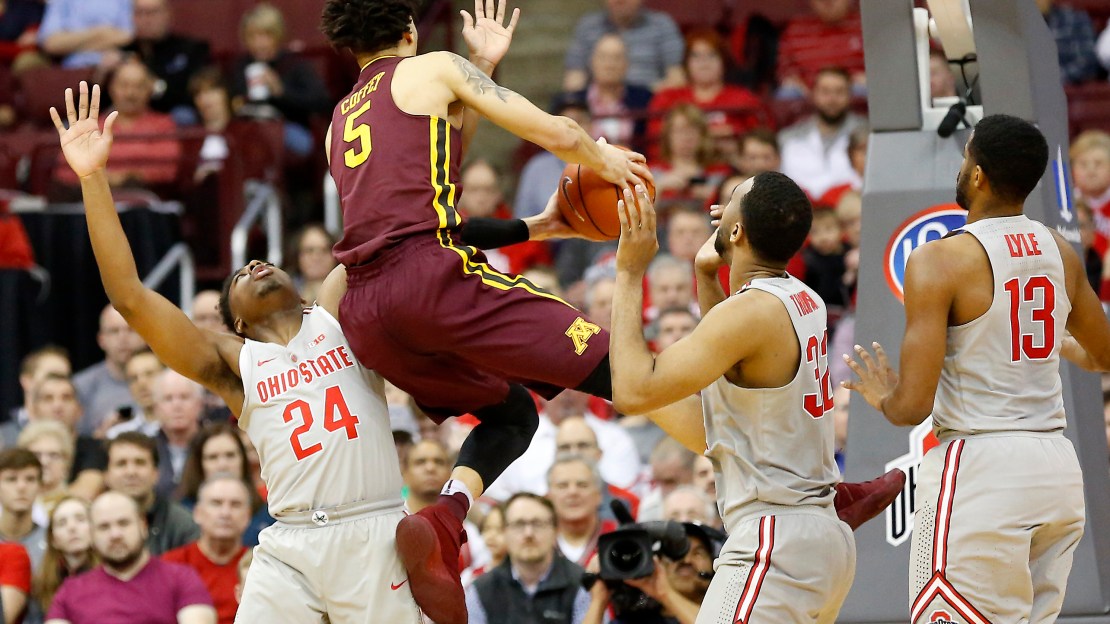 Thompson's total was a career high, and he also led the Buckeyes with 10 rebounds. Loving bounced back from a disappointing performance Sunday, and Ohio State dealt the Gophers their third straight loss.

Ohio State (13-8, 3-5 Big Ten) played one of its better games of its year against an evenly matched team, shooting 50 percent and making 23 of 30 free throws, including all nine in the first half.

JaQuan Lyle had 11 points and Jae'Sean Tate added 10 for the Buckeyes who have won the last three of four after dropping their first four Big Ten games of the season.

The Buckeyes earned a split of the season series with Minnesota, who beat them 78-68 on Jan. 8.

Loving hit a 3-pointer with one minute left to open the lead back up to six, but Springs answered with a 3 for Minnesota cutting it to 75-72 with 48 ticks remaining.

Lyle missed two foul shots with 32 seconds left, but Minnesota fouled him again and he converted both to make it 77-72. Thompson, who had two big blocks in the final minute, went to the line and hit a free throw to seal it.

Minnesota: Gophers are on a downward spiral, losing their fourth consecutive game after starting the season 15-2. They've won in Columbus only once in the last 18 tries.

Ohio State: Buckeyes get a badly needed win and will need to win seven out of their remaining 10 regula- season games to reach 20 and stay viable for the NCAA Tournament after missing it last season.