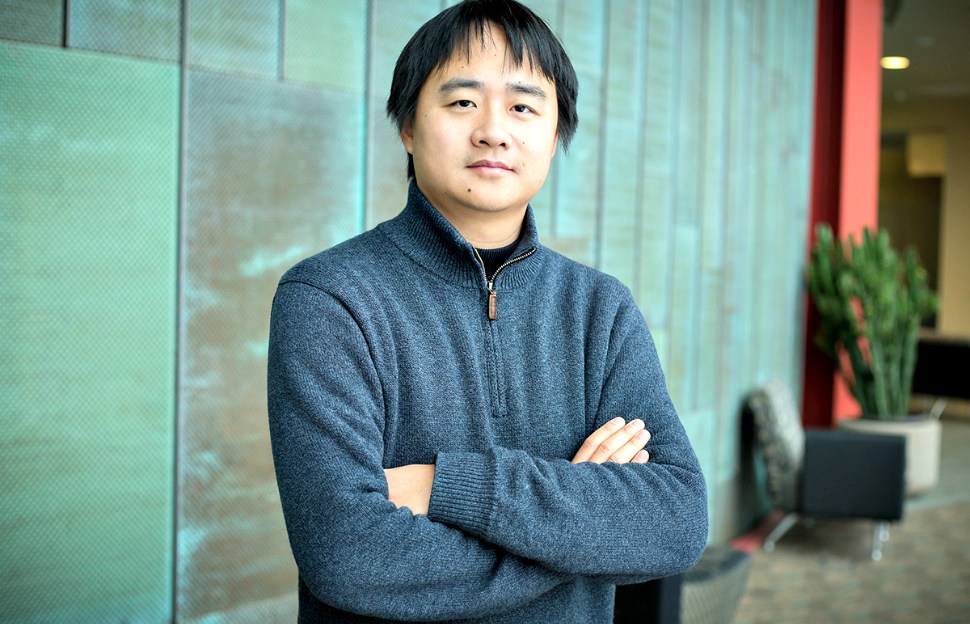 The human genome has been mapped.

Now comes the hard part: Understanding what certain genetic groups do and how they work together or are susceptible to disease.

While scientists completed the mapping of the human genome some 14 years ago, developing an understanding of how each gene interacts with the other and how genes evolve is still in its infancy.

That?s the takeaway from work done by University of Illinois computer science professor Jian Peng and a tool he has co-developed called Mashup.

Mashup uses machine learning tools to computationally integrate multiple gene interaction networks. Each gene is represented by compact patterns, or topologies, so that researchers can more easily analyze its function. By compressing the landscape of gene interactions, the main fingerprints of a gene pathway are revealed as the background noise of genomic data is stripped away, Peng said.

Once researchers understand more about genetic interactions, they can use the information to fight disease.

For example, did you know you can trace similarities between yeast and human DNA? And that understanding the relationship between the two can point the way toward understanding diseases like Parkinson?s?

Vikram Khurana, a researcher with Harvard as well as first and co-corresponding author on the study with Ping, says patterns in the toxicity of proteins in both yeast and neurons ?can explain different connections between Parkinson?s genetic risk factors.?

Moreover, the Mashup tool can point the way toward new methods of fighting cancer.

The researchers tested Mashup?s ability to predict whether certain cancer treatments would be effective for a particular tumor by predicting the efficacy of different drugs over hundreds of cancer cell lines and comparing the results to their known profiles from the Cancer Genome Project. They found the tool accurately predicted a large number of drugs? efficacy against specific cancer types.

So while tracing the similarities of different genetic groups sounds like an interesting laboratory problem to solve, the real-world implications are significant as well.