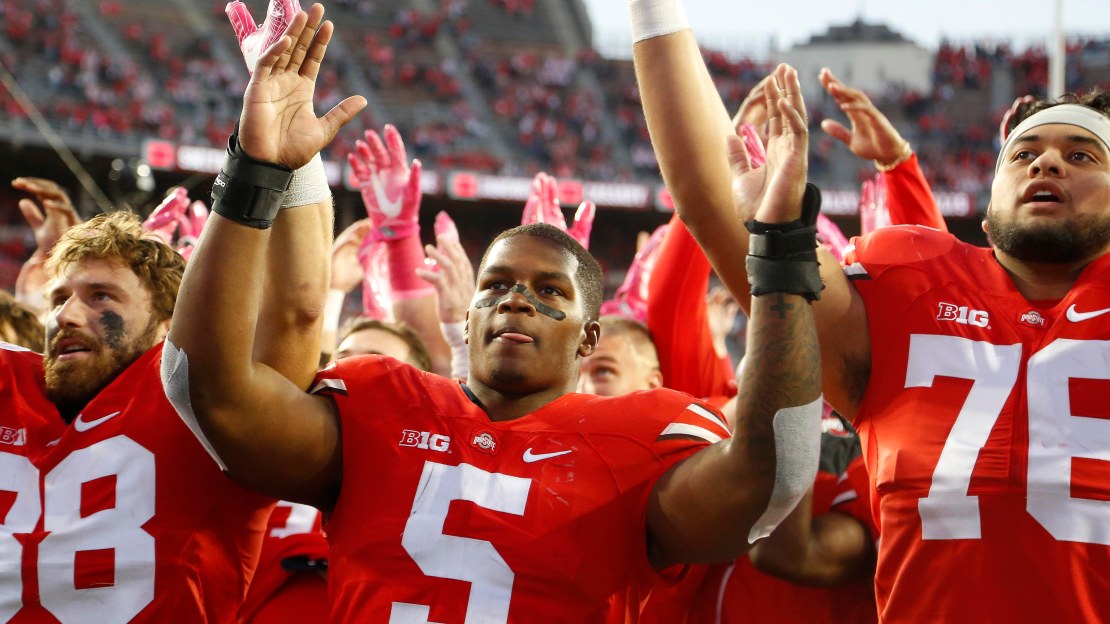 Another year, another banner season for Ohio State. But despite going an aggregate 23-3 record in 2015-16, the Buckeyes still failed to advance to the Big Ten title game after winning the national championship in 2014.

Urban Meyer had some issues with his 2016 squad, as the offense struggled for consistency in the passing game. Meyer has altered his staff, bringing in former Indiana coach Kevin Wilson to run the offense.

The Buckeyes had a Big Ten-high six players declare for the NFL draft, a year after OSU saw a national-high nine players leave Columbus early. So, it goes without saying, Ohio State must move forward without some key players.

Here is a look at the top five Buckeyes to replace from 2016.

C Pat Elflein. He was a standout, winning the Rimington Award as the nation?s top center in his first season at the position. Elflein also was named Big Ten Offensive Lineman of the Year. He helped the Buckeyes rank No. 1 in the Big Ten in rushing (245.2 ypg) and was a quarterback up front who directed traffic for an Ohio State front that at times struggled for consistency.

S Malik Hooker. He was a consensus first-team All-Big Ten selection, pacing the Big Ten with seven interceptions. He ran back three for touchdowns, while also breaking up 11 passes. Hooker helped the Buckeyes rank No. 2 in the Big Ten in pass defense (172.2 ypg). He opted to turn pro early after notching 74 tackles.

LB Raekwon McMillan. He was a consensus first-team All-Big Ten selection. McMillan helped the Buckeyes rank No. 2 in the Big Ten in scoring defense (15.5 ppg) and No. 2 in total defense (296.8 ypg). He opted to turn pro after leading Ohio State with 102 tackles, including 49 solo stops. McMillian was a heavy-hitter who could cover a lot of ground.

CB Gareon Conley. He was second-team All-Big Ten by the coaches and third-team by the media. Conley picked off four passes for a Buckeye defense that finished second in the Big Ten with 21 interceptions. He also notched 12 passes broken up. There were few cover corners in the Big Ten-or nation-better.

CB Marshon Lattimore. He was first-team All-Big Ten by the coaches and second-team by the media. Lattimore opted to turn pro early after picking off four passes, running one back for a TD. He also led the team with 13 passes broken up. He formed a boffo cornerback tandem with Gareon Conley for an Ohio State secondary that arguably was the best in the nation.