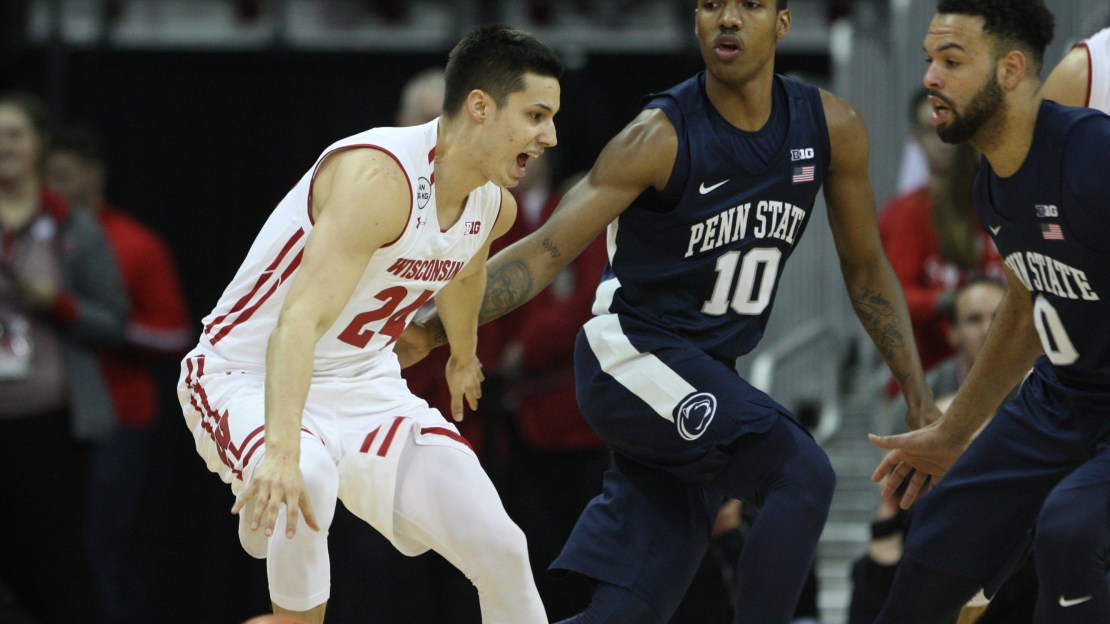 (AP) Bronson Koenig scored 20 points Tuesday night and No. 15 Wisconsin shut down Penn State in the second half on its way to an 82-55 victory.

He struggled in the first half, shooting 2 of 6 from the field, in part because Penn State's Mike Watkins blocked him twice in the span of about 5 minutes.

But Happ asserted himself to open the second half, scoring on the Badgers' first two possessions to spark a 13-2 run that put Wisconsin up 52-38 on Vitto Brown's 3-pointer. They wouldn't be threatened the rest of the way.

Brown finished with 16 points, while Happ added 14 and eight rebounds.

Penn State shot better than 52 percent in the first half, the second-best any team has put up against the Badgers to open a game this season. That included 6 of 10 from behind the 3-point line, helping make up for the Nittany Lions' nine turnovers.

But things went downhill quickly in the second half as they opened 4 for 18 on their way to shooting 27 percent over the final period. One sequence seemed to sum up their struggles. Watkins could not convert an alley-oop pass, and the Nittany Lions gathered the offensive rebound. But Shep Garner, who was 3 of 3 from behind the arc in the first half, air balled a long 3 attempt out of bounds.

The rout was soon on.

Penn State: After beating Minnesota and losing a heartbreaker to Indiana, the Nittany Lions have now lost by more than 20 points in consecutive road games to ranked teams.