Michigan gets revenge in 66-57 win vs. Illinois 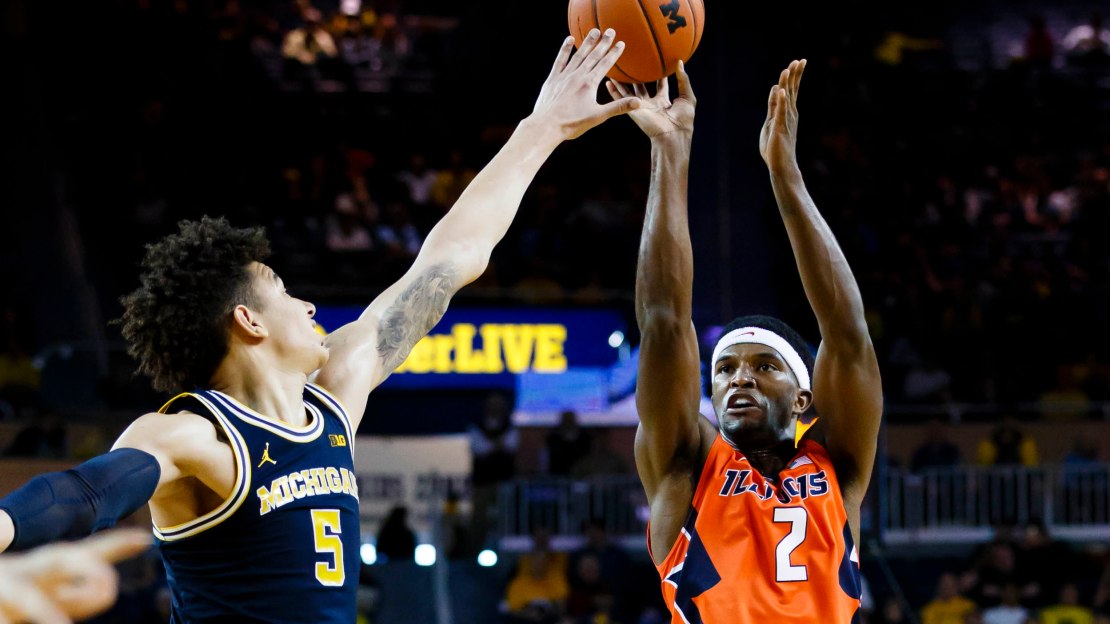 (AP) D.J. Wilson scored 12 of his 19 points in the first half, helping Michigan build a double-digit lead in a 66-57 win over Illinois on Saturday.

Michigan's Derrick Walton had 11 of his 13 points in the second half and grabbed a season-high 11 rebounds. Zak Irvin scored 15 and Moritz Wagner added eight points for the Wolverines.

Illinois didn't have a player in double digits until there was 4:23 left, when Malcom Hill made a jumper. Hill finished with 16 points while reserves Te'Jon Lucas scored eight and Mike Thorne had seven points.

The Wilson-led Wolverines took control with a 13-3 run midway through the first half. The 6-foot-10 junior forward helped Michigan turn a one-point deficit into a 22-13 lead with 10 points in fewer than eight minutes. He made a 3-pointer, baskets off offensive rebounds and a free throw during the dominant stretch.

Michigan led 34-24 at halftime and was ahead by as many as 21 in the second half before the Illini rallied to make the score look relatively respectable.

Illinois: The Illini have lost three straight since routing Michigan. They have to find a way to get more scoring out of players other than Hill.

Michigan: The Wolverines needed the win after losing a lead late at No. 17 Illinois and having their confidence shaken with a lopsided setback at Illinois.

Illinois: Plays on Wednesday night at home against Iowa.

Michigan: Hosts Indiana on Thursday night before playing at Michigan State for the first of two matchups between the rivals in a 10-day span.