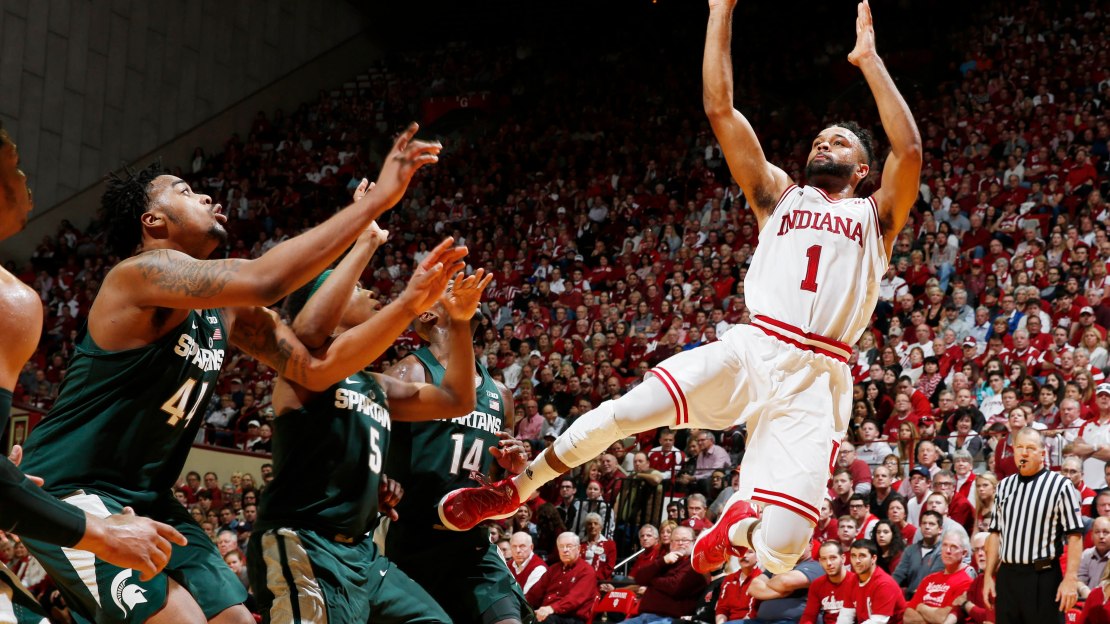 BLOOMINGTON, Ind. (AP) James Blackmon Jr. matched his career high with 33 points and Robert Johnson added 17 to help the Indiana Hoosiers hold on for an 82-75 victory over Michigan State on Saturday.

The Spartans (12-8, 4-3) sure didn't make it easy. They cut a 20-point second-half deficit to four and had a chance to get within three on Harris' 3-pointer with 32 seconds left.

But Indiana grabbed the rebound and made two free throws to preserve the win.

Harris finished with 21 points and Nick Ward added 15 to lead the Spartans, who have lost three straight road games.

But Indiana answered with Devontae Green's layup with 4:32 to play and the Spartans never had a chance to tie the score or take the lead.

Miles Bridges had 13 points and 10 rebounds for the Spartans.

Michigan State: Less than two weeks ago, it appeared the Spartans were back on track. But after winning three in a row, Michigan State has lost three of its last four and still needs to find answers to make a run at the conference title.

Indiana: The resurgent Hoosiers took a big step with the win. They are now over .500 in conference play for the first time this season and got their biggest win since upsetting then No. 3 North Carolina in the ACC-Big Ten Challenge on Nov. 30.

Indiana: Plays three of its next four on the road, starting with Thursday's trip to Michigan.