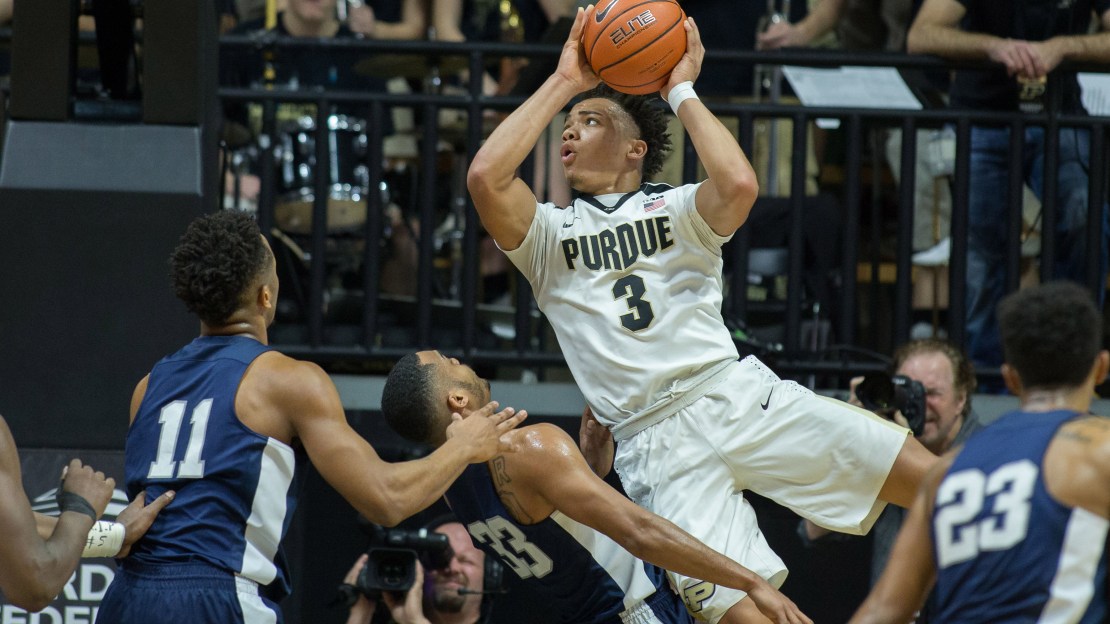 (AP) Caleb Swanigan had 19 points and 12 rebounds, and No. 21 Purdue built an 18-point halftime lead and coasted to a 77-52 victory over Penn State on Saturday.

The Boilermakers (16-4, 5-2 Big Ten) got 13 points from freshman guard Carsen Edwards and 10 each from Dakota Mathias and Vince Edwards.

Purdue had great first-half balance, getting nine points each from Swanigan and Carsen Edwards and eight each from Vince Edwards and Mathias.

The game marked the return to Mackey Arena of former coach Gene Keady, who was honored with a bobble head promotion. Keady coached the Boilermakers for 25 seasons.

Penn State: Like most Big Ten teams, the Nittany Lions had no defense for Purdue big men Swanigan and Isaac Haas, and to compound its misery, Penn State shot only 28.1 percent in the first half while being outrebounded 21-14 and turning the ball over seven times.

Purdue: The Boilermakers' balanced scoring helped them build an 18-point halftime lead and show why they should be in the race for the Big Ten championship until the very end, likely battling Maryland and Wisconsin for the regular-season title.

Penn State: The Nittany Lions travel to No. 17 Wisconsin on Tuesday.

Purdue: The Boilermakers play at Michigan State on Tuesday.