Dienhart: With Anunoby out, who must step up for Indiana? 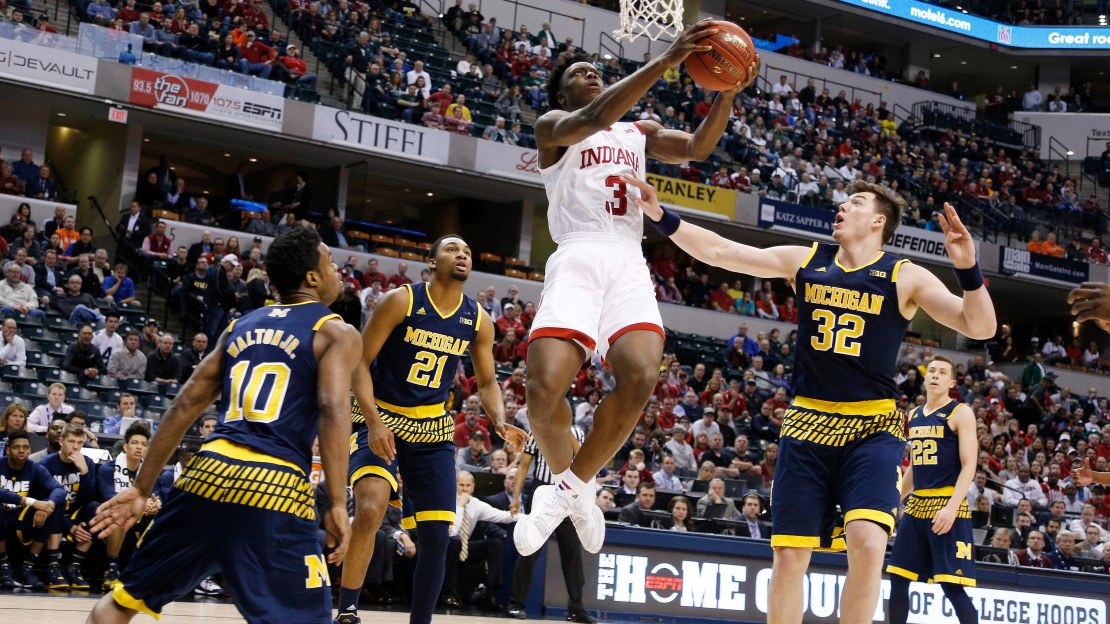 Indiana?s hopes of repeating as Big Ten champion received a big blow when it was announced Friday that OG Anunoby would miss the rest of the season after suffering a knee injury on Wednesday at Penn State.

The 6-foot-8 sophomore was perhaps the most dynamic forward in the Big Ten, an athletic talent who was projected by some to be a lottery pick in the 2017 NBA draft. He was averaging 11.1 points and 5.4 rebounds for an Indiana team whose season wasn?t going as expected. The Hoosiers were considered prime Big Ten title contenders but are currently sixth in the conference with a 3-3 Big Ten record (13-6 overall). Maryland leads the way with a 5-1 Big Ten mark; Wisconsin is 4-1.

"It has been determined that OG Anunoby will undergo surgery on his right knee and will miss the remainder of the season," Indiana coach Tom Crean said in a statement. "He is expected to make a complete recovery. For a young man, OG has a very strong faith, and a courageous spirit. We are going to do everything as a basketball family to help him recover and rehabilitate from this unfortunate situation."

Indiana showed last year that it could overcome a big injury when it still won the Big Ten championship even though James Blackmon was lost for the season with a knee injury in December. So, perhaps the Hoosiers can overcome the big loss of Anunoby. IU has won its last two games and will welcome Michigan State for a big game on Saturday.

Anunoby's loss is the latest blow in a series of bad ones for Indiana, which already has seen Collin Hartman suffer a knee injury in the preseason. Juwan Morgan has dealt with a foot injury, as well. Now, Anunoby is gone, and fans will be robbed of feats of athleticism like these for the rest of the season:

In Anunoby?s absence, players like Blackmon and Robert Johnson will have to pick up the slack. They are Indiana?s first- and second-leading scorers, respectively, with 17.5 and 13.8 points-per-game marks. And big man Thomas Bryant is third with an 11.9 average.

But the player most suited to pick up the slack in Anunoby?s absence is Morgan, who needs to get healthy–quickly. The 6-foot-8 sophomore isn?t the athletic freak that Anunoby is, but Morgan is a good defender and rebounde–the two biggest strengths of Anunoby.

Another player who will be looked to for more is De?Ron Davis, a 6-10 freshman who can rebound. His development needs to be hastened.

Yes, losing Anunoby is big for Indiana, but don't count out the Hoosiers. This is a resilient team that knows how to deal with adversity.