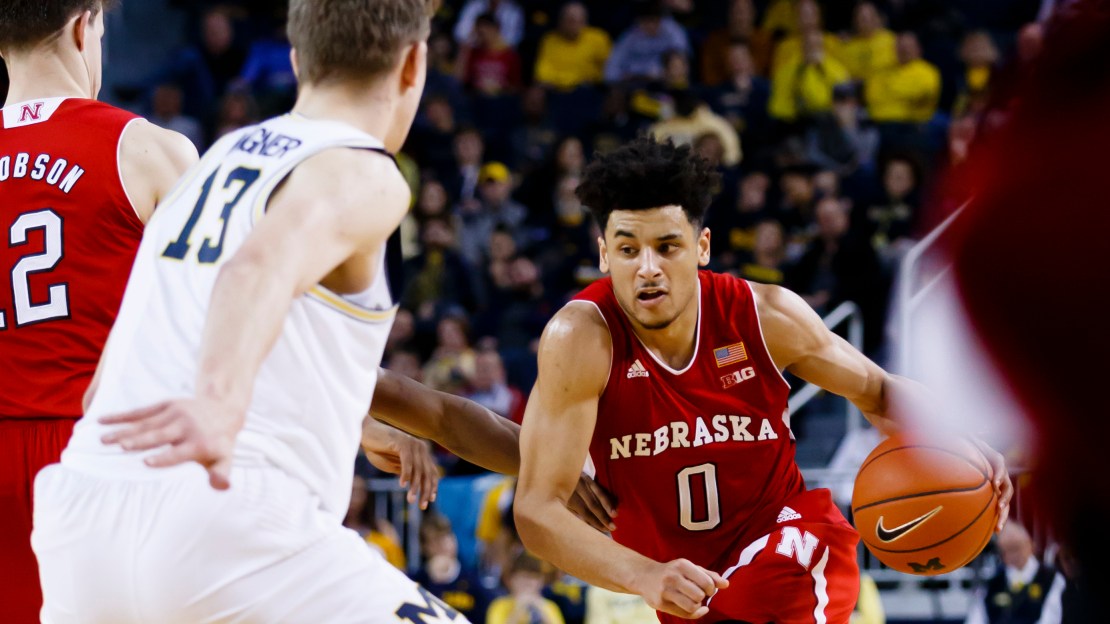 The Big Ten has been full of surprises so far this season. And Nebraska has been part of the topsy-turvy storylines that have come to define the season thus far. Credit 6-4 senior guard Tai Webster for propelling Nebraska into the conversation.

The program never has won a tourney game. Maybe that will change this season, but work remains to be done.

But then Webster and the Cornhuskers shocked the league by opening Big Ten play with road wins at Indiana and at Maryland followed by a double OT home triumph vs. Iowa. Since the 3-0 Big Ten start, the Huskers have lost three in a row and are looking to get back on track.

I caught up with Webster earlier this week.

Q: How can you guys get back on the winning track?
A: We just need to get back to our defensive identity. We have been putting a lot of emphasis on that and that?s what got us those early wins in conference play. And hopefully we can get everyone healthy and back in action and go from there.

Q: What is your role on the team?
A: My role is to bring leadership every day and pave the way for the young guys. I have been here for a while now so I am really familiar with Coach Miles? philosophy. I need to bring it every day in practices and games.

Q: What?s the best thing about playing for Tim Miles?
A: Probably just the family feel. He really makes you feel like you are part of a family. And it feels like a big family. It makes you really want to play hard for him. You can tell he really cares for us and wants us to do well.

Q: Do you feel like a marked man, the focal point of every defense?
A: Not really, to be honest. My first couple years, I didn?t really do that much and sometimes I feel the opposite now, like they aren?t showing as much respect as they should.

Q: You form a nice backcourt tandem with Glynn Watson, Jr., who averages 15.1 points. What?s it like playing with him?
A: Glynn is amazing. He is one of those guys who loves a challenge. If I am playing well, he?ll take it on himself to challenge me and to play better than me. He loves a challenge whether in practice or a game. He?s a great player. It has been awesome to play with him.

Q: Prior to the start of Big Ten play, Nebraska lost six of seven games. Then, you guys opened conference action with wins at Indiana and at Maryland. What did that mean to the team?s confidence?
A: It was huge for us as a team. It showed that all the hard work we were putting in was paying off. We have dropped a couple now but the spirits are still high. We know we can play with anyone in the Big Ten. We are ready to get back to doing what made us successful and winning.

Q: What?s your favorite place to eat in Lincoln?
A: I like to go to a place called Grateful Greens. It is my favorite spot. You can make your own salad and stuff. It?s pretty good. And healthy.