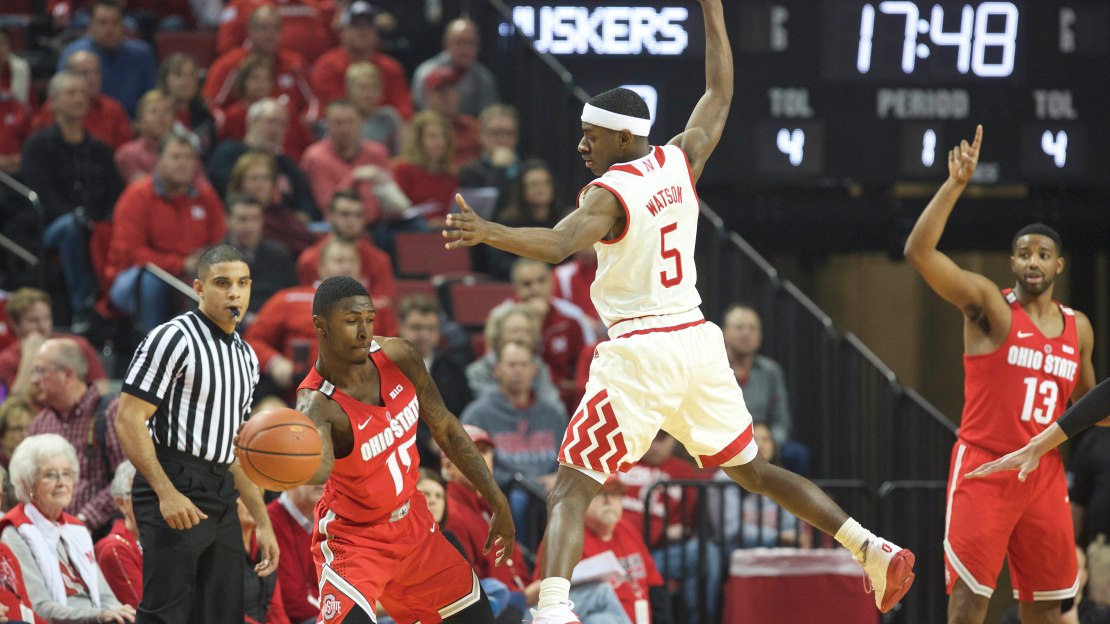 LINCOLN, Neb. (AP) Marc Loving scored off an inbounds pass from C.J. Jackson with less than a second to play, and Ohio State defeated Nebraska 67-66 on Wednesday night.

Tai Webster had driven for Nebraska's go-ahead layup with 35 seconds left, and Ohio State played for the last shot. Loving missed a 3-pointer, but JaQuan Lyle got the rebound under the basket, and the Buckeyes were able to call timeout with 1.9 seconds left.

Loving moved freely into the lane after Glynn Watson Jr. fell down, and his soft shot bounced on the rim before dropping through with 0.6 seconds left. Nebraska couldn't get off a final shot.

The Buckeyes, who have won four straight over the Huskers, were turnover-free in the second half after committing 11 in the first. They capitalized on Nebraska's awful shooting. The Huskers hit 50 percent from the field in the first half but just 29.2 percent in the second.

The Huskers led by eight at the break but started the second half 2 for 9, allowing the Buckeyes to go on a 13-6 spurt Loving finished with a jumper to get his team within 46-45.

The Buckeyes took their first lead since early in the open half when Loving slipped a pass through the lane to Trevor Thompson, who dunked to make it 53-52 with 8:43 left.

Tate, Lyle and Thompson combined for 14 points during the surge that pushed Ohio State's lead to 63-59 with 4 minutes left.

Michael Jacobson got the Huskers within 65-64 with a minute to play, and after Kam Williams missed a 3-pointer, Webster snaked his way to the basket to give the Huskers the lead.

Ohio State: The Buckeyes are building steam after an 0-4 start in Big Ten play. They came to Lincoln off a 72-67 win over Michigan State, and then overcame a bad first half to pick up a huge road victory.

Nebraska: The Huskers really needed to beat the Buckeyes to stay in contact with the Big Ten leaders. Three straight losses have wiped out what was their best start in conference play since 1975-76.

Ohio State: Plays at home Sunday against Northwestern. The Buckeyes have beaten the Wildcats 12 straight times since 2009.

Nebraska: Plays Saturday at Rutgers. The Huskers have won all three meetings since joining the Big Ten in 2011.