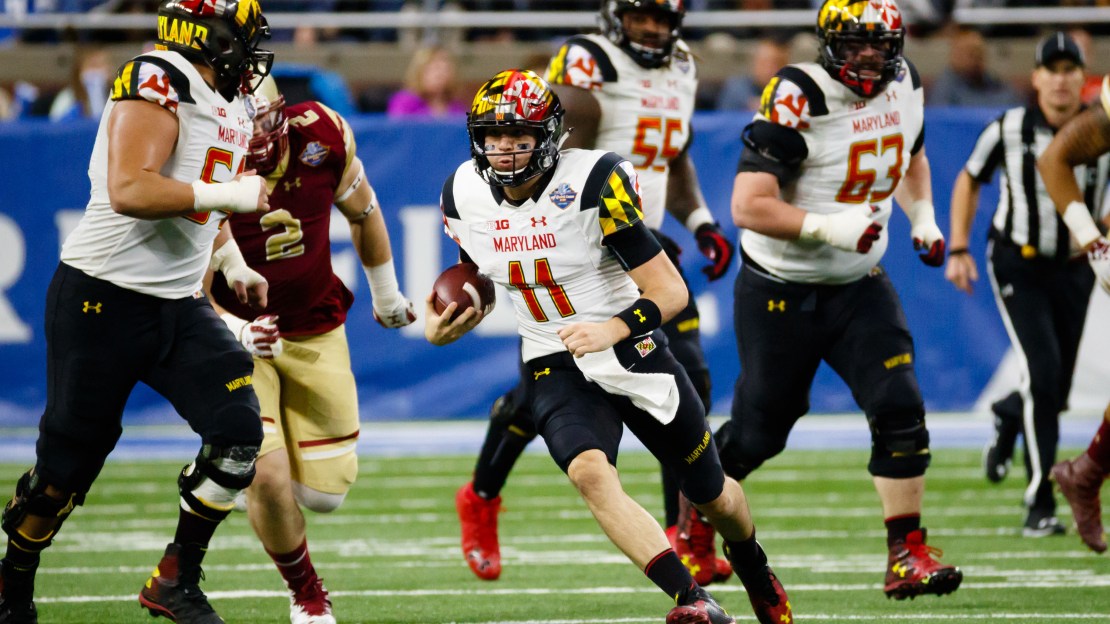 On many fronts, the debut of the DJ Durkin era was a success at Maryland. The Terrapins rebounded from a losing season to earn a bowl bid. And there were signs of progress for a program that has momentum, including facilities upgrades. But the Terrapins will have to move forward without these players, the five biggest losses from the 2016 squad.

DE Roman Braglio. He started 19 straight games to close his career, the second most on defense behind LB Jermaine Carter, Jr. As a senior, Braglio started all 13 games, totaling 46 tackles, 3.0 sacks and 5.5 tackles for loss. He posted career-highs in tackles (8) and solo tackles (5) at Penn State and matched career-highs with 2.5 TFLs and 2.0 sacks vs. Purdue. Braglio was an anchor on the edge who will be missed.

OT Michael Dunn. An honorable mention All-Big Ten choice the last two years, Dunn was an anchor up front for a line that got a good push in the ground game. As a senior, he started 11 games, including 10 at left tackle. And Dunn helped pave the way for a Maryland rushing offense that eclipsed 2,500 yards for the first time since 2003. He helped Ty Johnson become the ninth 1,000-yard rusher in Maryland history.

WR Levern Jacobs. A top target, Jacobs finished his Terps career ranked seventh in school annals in receptions (130) and 12th in receiving yards (1,544). As a senior, he played in all 13 games and made 10 starts. He was at his best vs. Minnesota last season, when he grabbed a career-high 10 passes for 82 yards, surpassing 100 career catches in the game.

CB Will Likely. He considering going pro after the 2015 season but opted to return to College Park. Well, let?s just say that things didn?t work out, as Likely suffered a season-ending knee injury just six games into the season. He had 32 tackles before the injury. Just like that, the Terrapins lost one of their most dynamic players. Not only was the diminutive Likely a top cover man, but he also was one of the most deadly return men in the nation.