Dienhart: Is surprising Maryland the Big Ten team to beat? 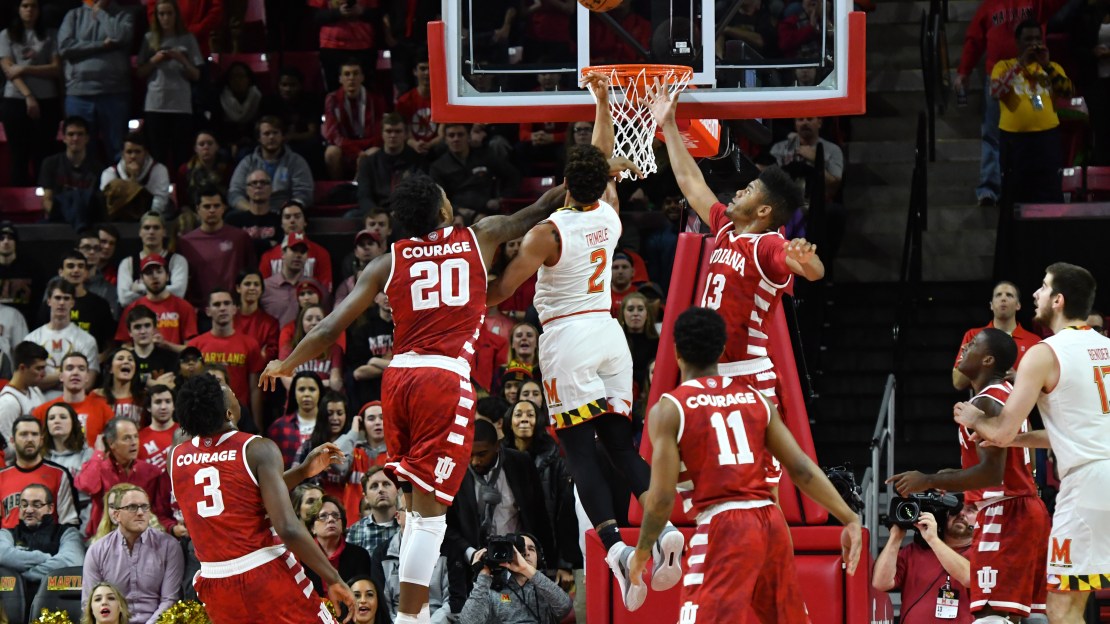 It seems with each passing week, the Big Ten race keeps getting more and more muddled. We are supposed to get more clarity as the games tick off the calendar. But, so far, that hasn?t been the case.

When the season dawned, many felt Indiana, the defending league champ, was the favorite. Others liked Michigan State, Purdue and Wisconsin. But one thing is becoming more clear: Maryland may be the team to beat. Really. Who could have seen this coming?

Through three weeks of Big Ten action, Maryland and Wisconsin are the only conference teams that have just one league loss. It?s not a shock to see the Badgers here, as they will look to extend their run of top four Big Ten finishes to 15 seasons in a row. In the past three seasons, Wisconsin has been to the Final Four twice, including a title game appearance in 2015, and made the Sweet 16 last year as the program ingloriously transitioned from Bo Ryan to Greg Gard. UW has all five starters back and is rolling. Again, no shock.

But who could have envisioned the Terrapins rubbing shoulders with the Badgers? Well, here they are, with a 16-2 overall record and 4-1 Big Ten mark, the lone league defeat came when the Terrapins blew a double-digit lead in the final minutes vs. Nebraska. Maryland began the year No. 25 in the AP poll but fell out before climbing back in at No. 25 this week.

Unlike Wisconsin, Maryland was gutted after last season, when it went 27-9 (12-6 Big Ten) and advanced to the Sweet 16 for the first time since 2003. This is a team that lost the likes of Diamond Stone, Robert Carter Jr., Jake Layman and Rasheed Sulaimon. This was viewed by most as a rebuilding year in College Park.

Nope. The Terps are a legit Big Ten contender.

Credit junior Melo Trimble, the straw that stirs the drink in the Beltway who opted to return to college instead of turning pro. He is surrounded by stud freshmen like Anthony Cowan, Justin Jackson and Kevin Huerter to form a volatile squad that is clicking. Few teams get more out their freshmen than these Terps. And senior big man Damonte Dodd has become a force in the paint for an athletic team that has inside-outside balance. Defense is a big part of the Terps? success, as they are No. 3 in the Big Ten in allowing 65.1 ppg. Dodd deserves much of the credit.

Another reason to like Maryland: Its Big Ten schedule. The Terrapins have ?double plays? vs. Illinois, Iowa, Minnesota, Ohio State and Rutgers, meaning they only have to play the likes of Indiana (won), Michigan State, Purdue and Wisconsin one time. That?s a big edge for the Terps? push to win the Big Ten.

Can this team do it? Why not?

It has the ultimate backcourt leader, in Trimble, who can score in a variety of ways and is as good as anyone in crunch time. And the emergence of Cowan (11.1 ppg; 4.4 rpg; 3.6 apg) has allowed Trimble to fill the role of scorer more often, as Cowan?s lead guard skills are burgeoning. As a result, Trimble leads the team with a 17.2 scoring average. Throw in Jackson, a 6-7 wing with a wingspan that turns heads who is averaging 10.2 points and a team-high 5.8 rebounds, and Huerter, a lithe 6-7 sweet-shooting redhead who nets 8.2 points per game and hits 36.9 percent of his three-pointers, and Mark Turgeon, the early leader for Big Ten Coach of the Year, has no shortage of weapons.

So, keep an eye on Maryland, which plays at Iowa on Thursday. This team isn?t going anywhere and no doubt will benefit from the Big Ten tourney being played in its backyard in Washington, D.C.

Oh, and Maryland?s one meeting with Wisconsin will come on Feb. 19 in Madison. Let?s go ahead and call it the ?Big Ten Game of the Year.? Sounds about right. At least for now in what has been a crazy Big Ten season.