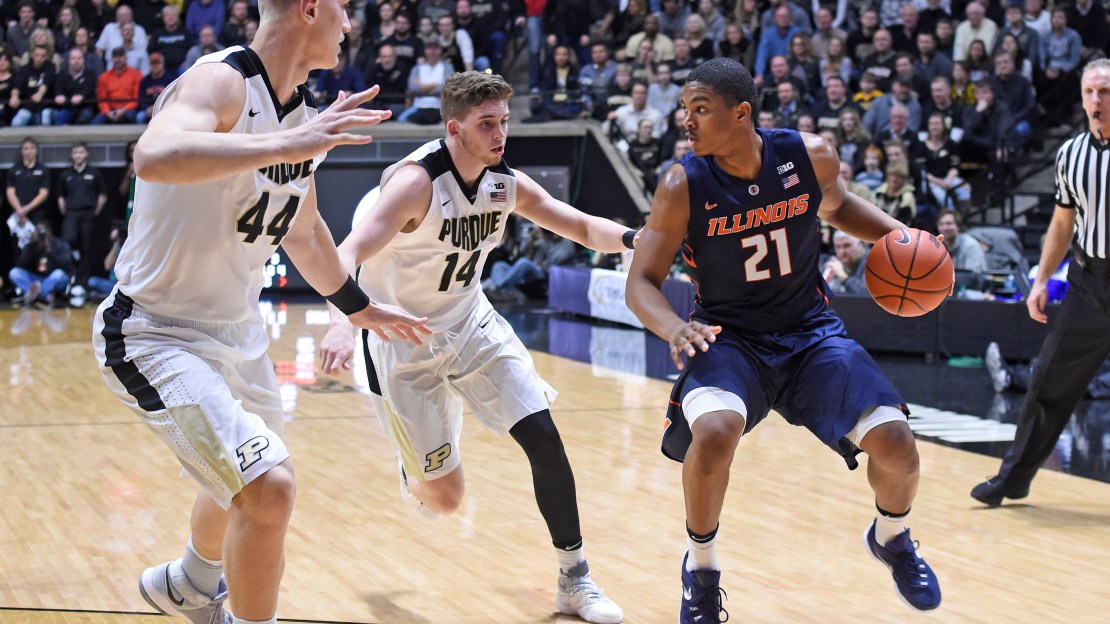 Haas scored 13 points in the second half when the Boilermakers (15-4, 4-2 Big Ten) led by as many as 27. Swanigan had a four-point first half but was almost unstoppable during the second half, accounting for 18 points and five rebounds.

Illinois (12-7, 2-4) got 15 points from Maverick Morgan and 12 from Malcolm Hill but had no answer for the Boilermakers' two post players, each of whom had his way around the basket.

With this victory, Purdue leads the all-time series with Illinois, 100-87.

Carsen Edwards had 12 first-half points for Purdue, and Haas had 11. The two were a combined 9 of 10 from the field before halftime. The Boilermakers outrebounded Illinois 20-13 during the opening 20 minutes, although they did not get a single offensive rebound.

Illinois: The Illini never recovered from the early 19-5 deficit and fell to 0-4 in games against Top 25 competition. Illinois had trouble coping with Purdue's size and watched as the Boilermakers made five 3-pointers during the first 7 minutes. If Illinois loses Saturday at Michigan, it will be 2-5 in the Big Ten.

Purdue: As the Boilermakers have done every time after a regular-season loss in the past two seasons, they won the next game, getting a nice balance of perimeter play from Carsen Edwards Haas.

Illinois: The Illini travel to Ann Arbor on Saturday to play Michigan.

Purdue: The Boilermakers are at home again Saturday for a game with Penn State.