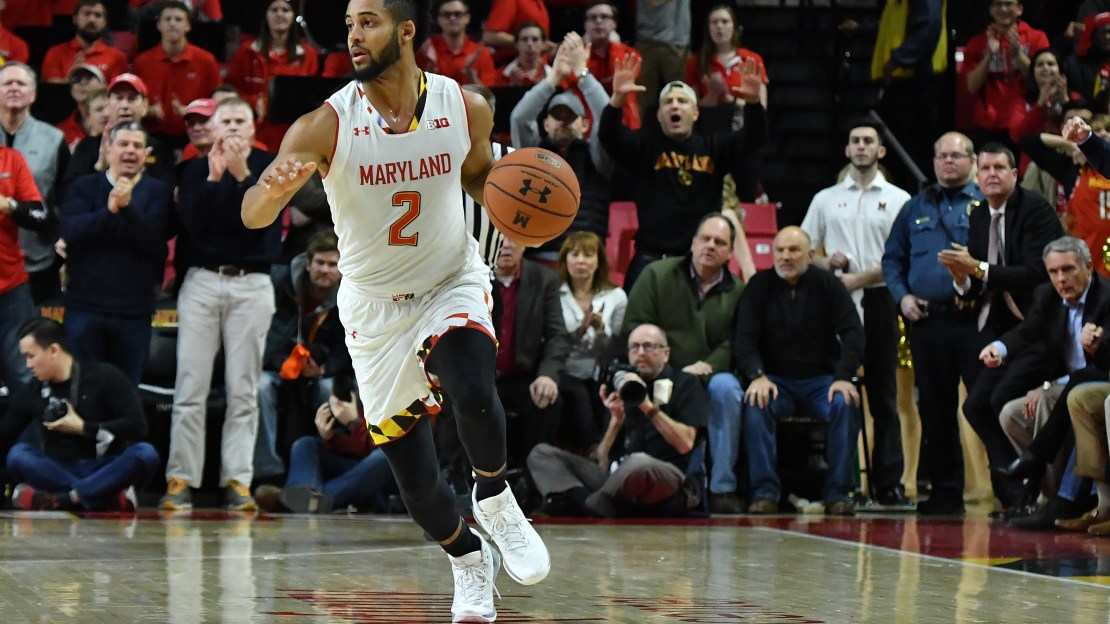 Three weeks of Big Ten play down, and it's still all about Purdue star Caleb Swanigan on my Big Ten Player Rankings.

1. Caleb Swanigan, Purdue. Iowa?s zone defense held Swanigan in check for most of the night, but he still managed 17 points and eight rebounds, ending the star sophomore's run of eight consecutive double-doubles, in Purdue?s loss at Iowa.
Last week: 1

2. Peter Jok, Iowa. Left off of the Wooden watch list last earlier in the week, Jok exploded for 29 points, eight assists, and six rebounds to help the Hawkeyes upset then-No. 17 Purdue in Iowa City. Sunday night, though, Northwestern shut him down (2-9, 4 points) in a blowout loss.
Last week: 2

3. Nigel Hayes, Wisconsin. The senior scored 15 points on 7-12 shooting in Wisconsin?s 89-66 rout vs. Ohio State. He also handed out four assists, the latest example of the forward's ability to create open shots for teammates.
Last week: 4

4. Melo Trimble, Maryland. There is no column on the stat sheet that measures leadership, but the junior continues to impact his young team at both ends of the court. He scored 18 points to start the week off right in a win over Indiana. He then knocked in 12 points, pulled down five boards, handed out five assists, and came up with a timely steal before half to change momentum in Maryland?s comeback win at Illinois.
Last week: 5

5. Ethan Happ, Wisconsin. The sophomore, for a change, wasn?t connecting from the floor (3-10) against Ohio State, but he still finished with 11 boards as the Badgers toyed with Ohio State. Happ trails only Caleb Swanigan, the nation's double-double machine, in rebounding.
Last week: 3

6. Tai Webster, Nebraska. He played brilliantly in the loss at Michigan, finishing with 28 points, nine rebounds and four assists, but the Huskers might need even more production from their star guard without the injured Ed Morrow Jr.'s presence in the paint.
Last week: 9

7. Miles Bridges, Michigan State. After exploding for 16 first-half points in Michigan State's easy home win vs. then-No. 24 Minnesota, the freshman sensation poured in 24 points in a road loss to Ohio State; he appears to be healthy again.
Last week: NR

8. Glynn Watson Jr., Nebraska. Nebraska's "other" talented guard continues to lead the league in steals, and he's fresh off a 22-point effort that included four 3-pointers in a loss at Michigan.
Last week: 7

9. Scottie Lindsey, Northwestern. The reigning Big Ten Player of the Week averaged 18 points, 7.5 rebounds, three assists, two steals and one turnover in wins at Rutgers and vs. Iowa. Simply put, he's one of the nation's most improved players.
Last week: NR

10. Nate Mason, Minnesota. After earning a top 25 ranking for the first time since 2013, it all fell apart for Mason and Minnesota in two road losses last week, at Penn State and Michigan State. In the two defeats, the sharpshooter was only 9-28 from the field (32 percent).
Last week: 6